"Oh cool, another rule made up by a teenage rebel who loves Big Tech, Big Pharm, Big Gov, Big Laws." 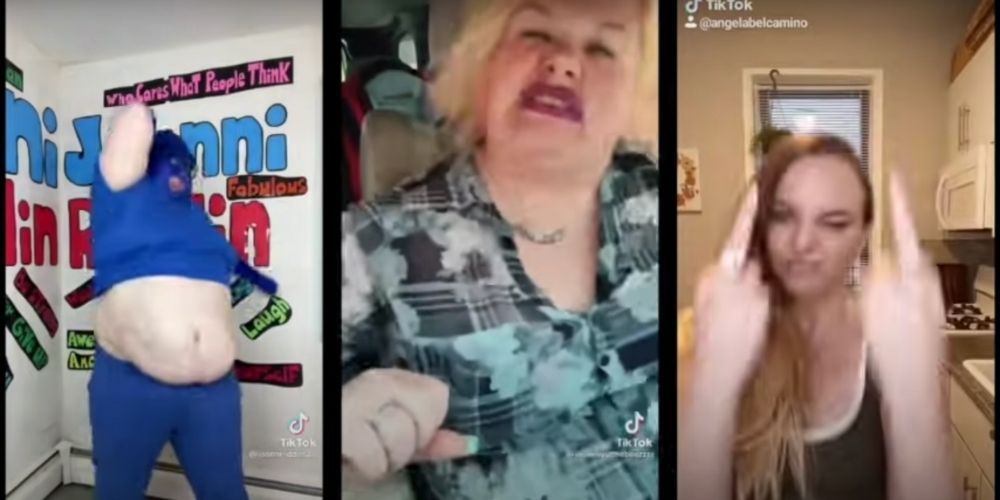 On Thursday, Five Times August, a group that has in the past made music videos highlighting present American culture, released a video titled "Outtayerdaminde," focusing on "cringe woke" TikTok liberals.

The video features footage from numerous viral TikToks, along with lyrics highlighting today's progressive youths who "think you've got it figured out for everybody else when you don't even know yourself," states the song.

"Not true, I'll fact check you, getting your opinion approved by some desperate, faceless, nameless, brainless intern writer for the fake news," the song continues.

"You're just part of the consumption that's peddling crap for mass consumption."

Reviewing the song, Not The Bee said it "May be song of the year."

The Loftus Party said: "It's better than brilliant."

Louder With Crowder stated: "What Bob Dylan's 'Subterranean Homesick Blues' was to the '60s, 'Outtayerdaminde' is to 2021."

In a statement from singer Bradley Skistimas given to the Post Millennial, he said the song was the third installment of "protest singles" focusing on the last year of "insanity" when the COVID-19 pandemic and riots rocked the nation.

"This is the third song in a series of folky acoustic protest singles I've released this year. The first two were "God Help Us All" and "Jesus... What Happened To Us?" (both on my YouTube channel as well) and were pretty well received. The videos for all three have focused exclusively on imagery from the last year... photo/video of lockdown, masking and vaxxing, footage of protests and riots, just all the insanity," he said.

"This one was focused on our obsession with TikTok. I kept seeing these cringey woke videos pop up on Twitter of all these kids making fools of themselves, and they're the ones that think they have it figured out for the rest of us, so I compiled them all for the video and responded with this song," Skistimas continued.

"I think it's important to take a good hard honest and uncomfortable look at who we've become right now. Most music and media is completely ignoring it, pretending like everything is normal," he added.

Skistimas said he hadn't received much backlash from the political left on the single, adding that the response had been largely positive.

"I haven't received too much push back from the woke yet, just an occasional snarky YouTube comment, but over all the response has been extremely positive, which I think says a lot. But this won't be the last song I put out like this, there's still more to come!" he told reporters.

The single comes on the heels of the rap viral single "Snowflakes" by Tom MacDonald, which focuses on the growing divide seen between Americans in recent years as well as woke culture.