Antifa and BLM march through DC chanting 'burn it down'

The activists chanted "If we don’t get it, burn it down!" "Whose streets? Our streets!" "ACAB" (All Cops Are Bastards) and more during the march. 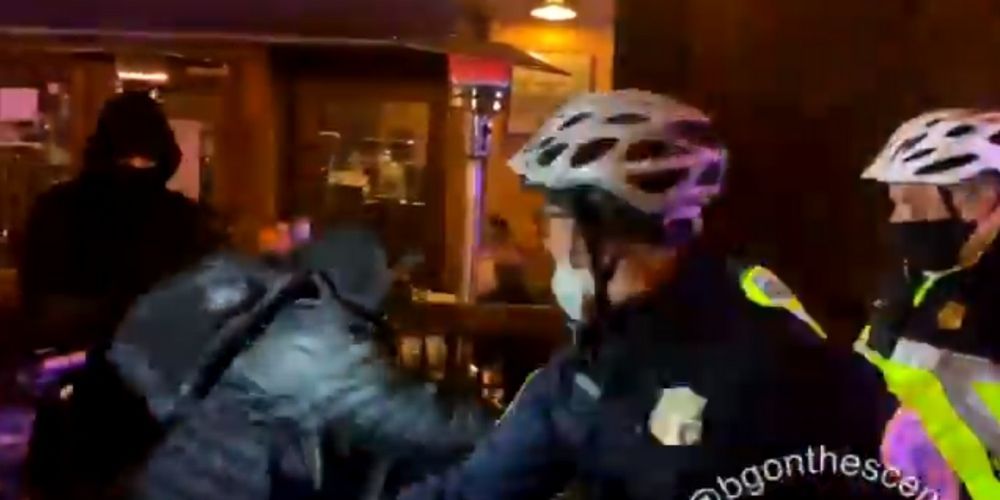 BLM and Antifa protesters marched through Washington DC during multiple events on Saturday afternoon that extended into the night.

According to Fox News, the ‘DC Queer and Trans Black History Month March and Rally’ was organized by the Total Liberation Collective and the Palm Collective.

Some activists briefly scuffled with police officers pushing the crowd back from a row of shops and restaurants hosting outdoor diners. The police formed a line to protect diners, as harassing diners has become a staple of Antifa and BLM marches as has vandalism to businesses in the months since the death of George Floyd in May.

The activists chanted "If we don’t get it, burn it down!" "Whose streets? Our streets!" "ACAB" (All Cops Are Bastards) and more during the march. The activists also paused at some points for speeches.

Thousands of National Guard soldiers are still deployed in Washington DC following the inauguration of President Joe Biden, as Democrats claim they are needed to keep the peace and protect the city, even with no specific threat cited to keep them on station. No Guard units were seen deployed to the area of Saturday night’s unrest.