An admitted Antifa member and independent journalist was arrested over the stabbing of two Trump supporters outside the state Capitol in Albany, N.Y. on Wednesday. One of the victims had an eviscerated bowel and required emergency surgery. 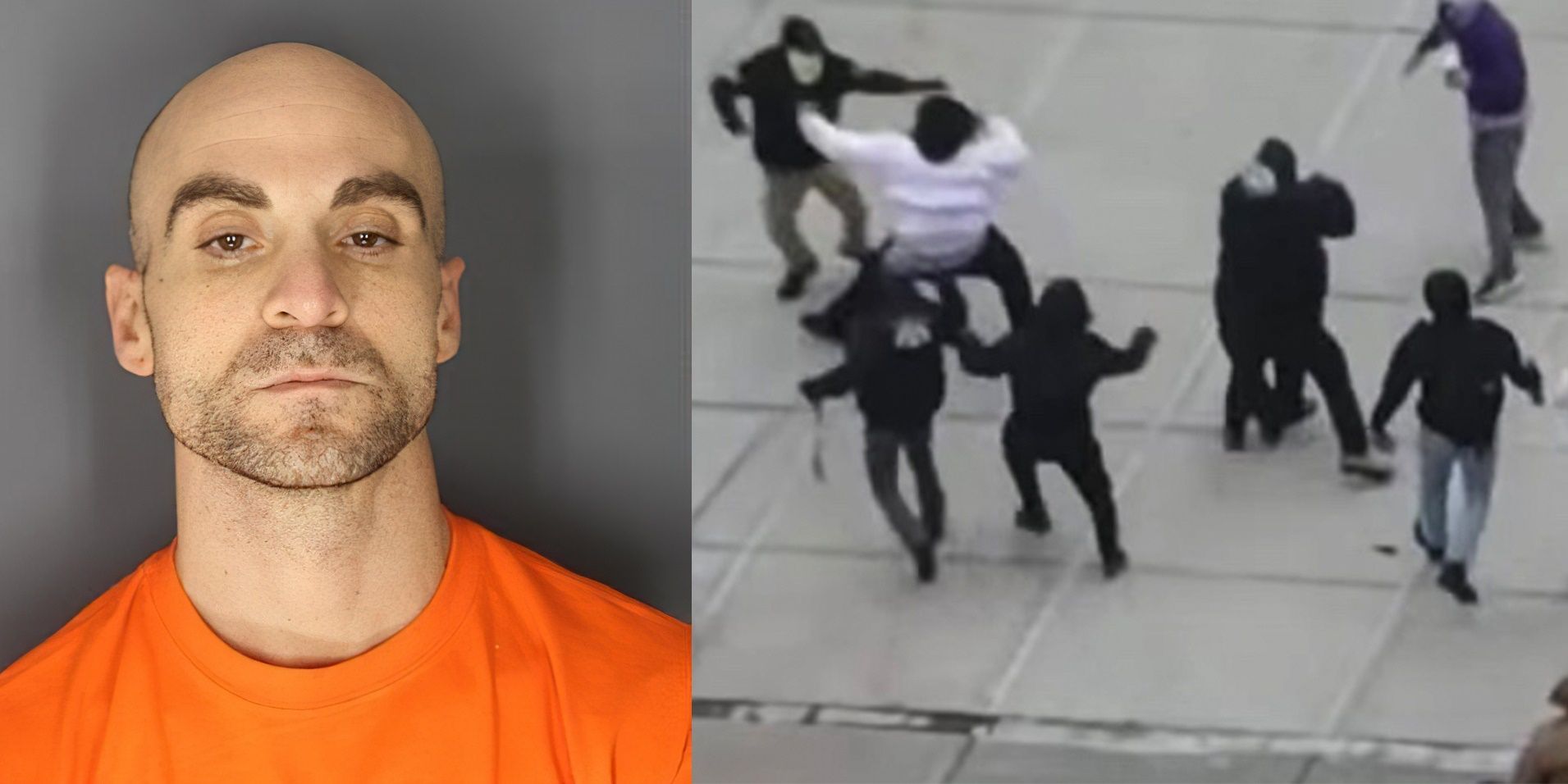 An admitted Antifa member and independent journalist was arrested over the stabbing of two Trump supporters outside the state Capitol in Albany, N.Y. on Wednesday. One of the victims had an eviscerated bowel and required emergency surgery.

Alexander Stokes Contompasis, 37, of Rensselaer, N.Y., has been charged with felony first-degree assault, second-degree assault, two counts of criminal possession of a weapon and second-degree menacing over the stabbings of two men that occurred during a brawl in East Capitol Park between Antifa and pro-Trump “Stop the Steal” protesters.

The right-wing crowd consisted of around 35 Trump supporters and at least three individuals whom police say are associated with the Proud Boys group. The rally was organized as part of coordinated pro-Trump rallies across the nation, including one that devolved into a riot at Capitol Hill in Washington D.C.

New York State Police recovered the knife that they suspect was used in the stabbing from Contompasis's vehicle, which was parked near the Capitol building. The Daily Gazette reported that he fled the scene by car and was quickly stopped and taken into custody. Several other suspects were charged with minor offenses and given appearance tickets, including two counter-protesters who were reportedly armed with expandable batons.

Melissa Carpinello, an attorney for Contompasis, claims that her client acted in self-defense, Times Union reported.

"I believe that when the facts of this case come out, it will show that my client was defending himself from an unprovoked attack by self-identified Proud Boys, a radical racist organization," Carpinello said.

The two stabbing victims, ages 36 and 40, were transported to Albany Medical Center for treatment. The 40-year-old male was stabbed in the left side of his lower abdomen and is reported to now be in stable condition.

The brawl was captured on camera. The Albany County district attorney's office on Saturday released video surveillance of the fight.

Contompasis can be seen wearing a purple shirt over a gray hooded sweatshirt with aviator sunglasses. He appears to run into the crowd several times and strike others. Before the fighting occurs, Contompasis can be spotted holding a cup while crouched in the grass behind a bench where a man is seated alone.

Contompasis has a long history of militant far-left activism and involvement in Antifa despite identifying as a journalist. In one of many photos uploaded on his Facebook profile under the pseudonym “Alex Stokes,” he is holding a rifle with a large hunting knife strapped to his side. Text over the photo reads, "I am Antifa." Contompasis makes references to being a “SHARP” member — Skinheads Against Racial Prejudice — in his posts. The SHARP group is used as fighters and brawlers at Antifa riots.

In one Facebook post written on Dec. 2, 2020, Contompasis explicitly identifies as an Antifa member. "10 years ago if you told me I was going to be part of an underground Anarchist network of masked avengers called Antifa, work with Skinheads to fight white supremacists, have the honor of providing security for events organized by the Black Liberation Movement then catch a virus responsible for shutting down the state during a global pandemic I would have absolutely no idea what the f— you were talking about," Contompasis wrote.

Contompasis also has an extensive arrest history related to political violence. He was arrested at President Donald Trump’s inauguration in 2017 in the capital and charged with felony riot and setting a limousine on fire. He claimed that he was reporting at the time of his arrest. His charges were later dropped when international law firm Hogan and Lovell took on his case pro bono. He also defended the property damage caused by the black bloc rioters.

One year later, Contompasis filed a federal class action complaint against Metropolitan Police Department officials for false arrest. He and the other lead plaintiffs asked the court to declare the conduct unlawful and to expunge their arrest records. They also sought compensatory and punitive damages, alleging that the “overwhelming majority” of the demonstrators were “peaceful and law-abiding.” The lawsuit is still pending as of March 2020.

Later in 2017, Contompasis went to Charlottesville, Va. to violently protest against the far-right. He was photographed punching an older man in the back of the head.

Contompasis was arraigned in Albany City Court last Thursday. He was released after he quickly posted the $60,000 bond. His next court appearance is scheduled for Jan. 12.