Rodriguez was charged with: second degree disorderly conduct, interfering with a police officer and harassment. 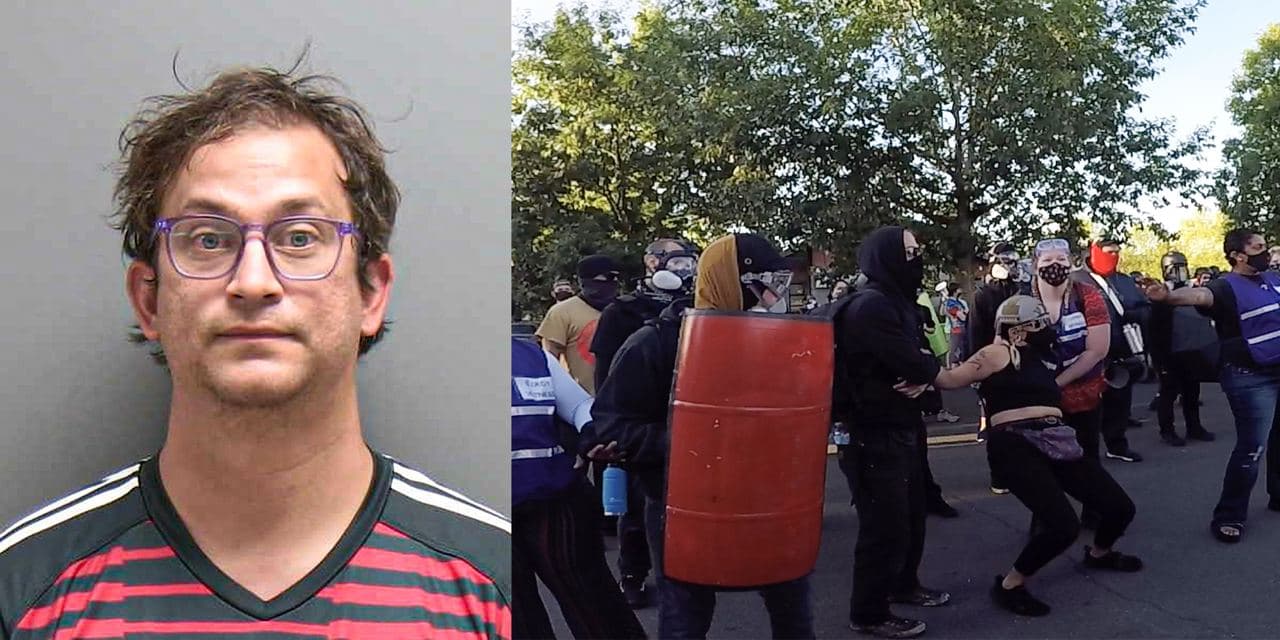 Antifa member Clifford Phillip Eiffler-Rodriguez, 35, of Salem, Ore., was arrested for allegedly assaulting a female police officer, at the violent protest on August 10, when Antifa gathered to attack participants of a street church protest outside Planned Parenthood.

According to Salem Police, Shortly after 6:00 PM, participants from the church group and Antifa gathered "in and around the sidewalk and parking lot of the Planned Parenthood facility located in the 3800 block of Wolverine ST NE."

Antifa activists came in black bloc and "…wore gas masks and helmets and carried shields, paintball guns, bear mace cannisters and other devices." Salem Police added that "Some individuals from both groups openly carried firearms. The gathering, however, remained largely peaceful throughout the evening."

However, at approximately 8:15 PM, participants began to leave the area. Shortly after, two individuals were seen having a verbal altercation, which turned violent. According to police, "...participants from each opposing side then deployed chemical irritants at each other and launched smoke fireworks and one mortar-style pyrotechnic device."

In response to the altercation, the Salem Police Department Mobile Response Team entered the area to disperse the crowd and prevent further acts of violence. The crowd management team repeatedly broadcast orders for the crowd to disperse, yet some continued to fight and throw objects.

As the officers worked to clear the scene, inert impact rounds were deployed to effect the arrest of an individual who failed to comply with the lawful orders who was identified as Antifa militant Clifford Phillip Eiffler Rodriguez.

The 35-year-old Salem resident shoved an officer as she moved in line with the other officers. Rodriguez was transported to the hospital for medical evaluation and cleared, after which he was taken to the Marion County Correctional Facility and charged with second degree disorderly conduct, interfering with a police officer and harassment.