In the latest evolution of Antifa rioting tactics in Portland, a publicly announced downtown protest on Friday night was actually a decoy for the real planned riot in another part of the city. 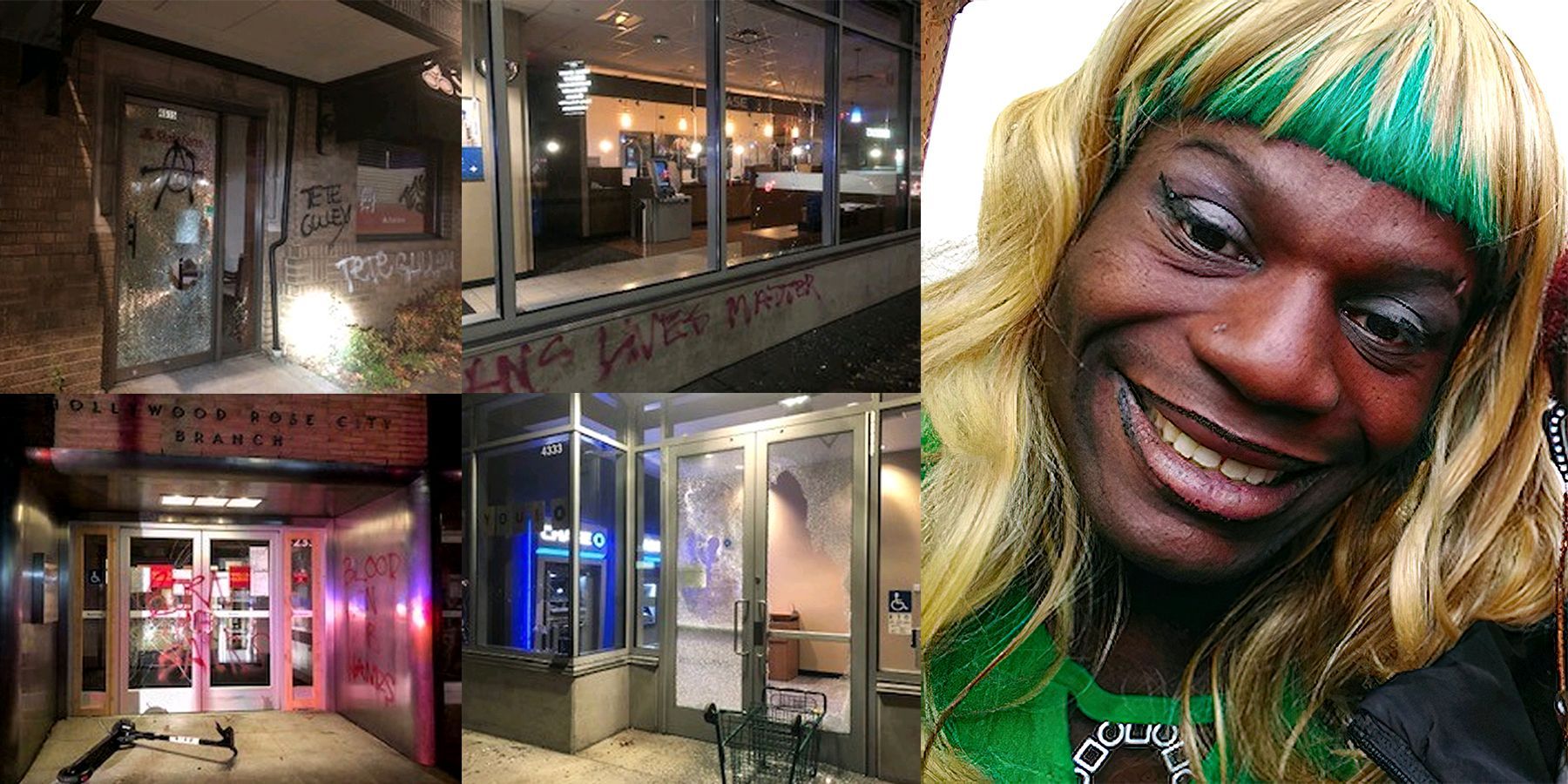 In the latest evolution of Antifa rioting tactics in Portland, a publicly announced downtown protest on Friday night was actually a decoy for the real planned riot in another part of the city.

A marauding mob of up to 100 Antifa vandalized dozens of businesses on Northeast Sandy on the "Trans Day of Remembrance" while police were preoccupied with a second Antifa group downtown.

One direct action was publicly announced earlier in the week for the south Park Blocks in downtown—meant as a decoy to divert law enforcement resources. The downtown group of around 30 in black bloc marched to the Mexican Consulate where they spray-painted the building with graffiti before vandalizing the new Multnomah County Courthouse. Officers responded to the scene and the rioters dispersed. No arrests were made.

Simultaneously however, dozens of Antifa in northeast Portland smashed and vandalized 27 businesses. Banks, restaurants, a grocery store and numerous others were vandalized and broken into. A shopping cart was used by rioters as a ramming tool to break into a Chase Bank. A cleaning crew was inside at the time.

Antifa spray-painted "ACAB," "Black Trans Lives Matter" and "Tete Gulley" in their path of destruction. Otis Michael "TeTe" Gulley Jr. was a black trans woman who was found hanged in May 2019 at a Portland park. The Oregon State Medical Examiner performed an autopsy and ruled Gulley's death a suicide. Portland Police's investigation supported the Medical Examiner's finding but far-left activists in Portland have maintained without evidence that Gulley was "lynched" for being black and trans. Gulley's family refers to him using male pronouns and described him as someone who wore drag, rather than being transsexual.

As officers arrived on scene, the group had already dispersed on their own. Like in downtown, no arrests were made.

Griffin Oliver Malone, an Antifa videographer who was on the scene of the northeast Portland rampage, described the events as an "evolution" in Antifa's tactics. He tweeted, then deleted: "Two protests tonight. One public, one private. The public one kept cops eyes and resources downtown while the private one met quietly, marched quietly and executed their action within 10 minutes and no cops [showed]."

Friday night's mass vandalism follows a handful of other targeted destruction against businesses since Election Day. Last week, Antifa smashed up a bio-cleaning business responsible for cleaning and removing homeless encampments. Before that, they damaged a downtown church and numerous businesses downtown.

Crime Stoppers of Oregon is offering cash rewards of up to $2,500 for information that leads to an arrest.