Despite internal documents in border protection agencies referring to the large number of migrants crossing the southern border as a "surge," the Associated Press has strongly recommended that it's journalists no longer use the wording to adopt "gentler language." 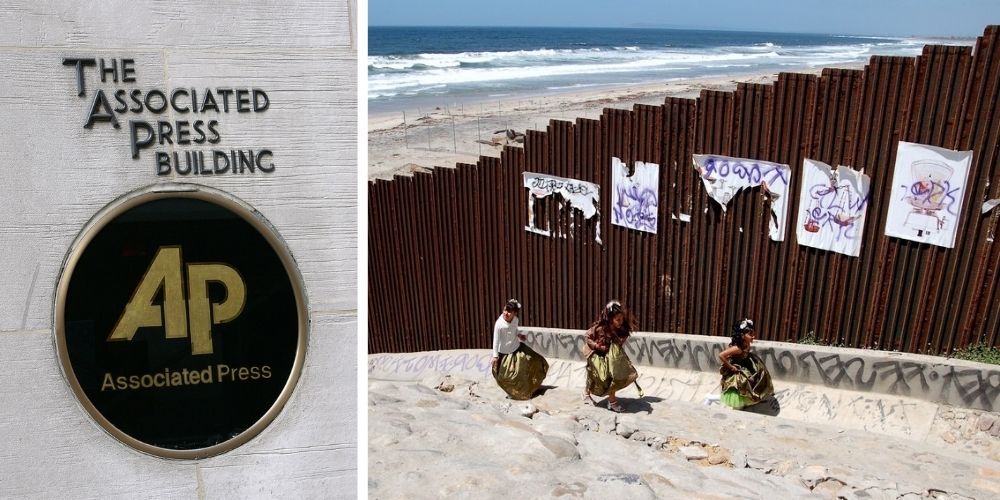 Despite internal documents within US border protection agencies referring to the large number of migrants crossing the southern border as a "surge," the Associated Press has strongly recommended that it's journalists no longer use the wording to adopt "gentler language," the Washington Free Beacon reports.

Internally circulated documents within the Customs and Border Protection agency instructed officials to process "the surge of undocumented individuals as efficiently as possible" after historic numbers of crossings were reported in March and April. CBP officials told the Free Beacon that it hold weekly meetings dubbed "surge meetings" that discuss how to process this historic number of migrants.

The AP, which is considered by many publications to be the gold standard of journalistic style with its AP Stylebook, changed its language as a response to pressure from left-wing activists demanding gentler, more neutral language when reporting on migrants at the southern border.

In a March 25 Washington Post op-ed, editorial director of Futuro Media Julio Varela revealed that AP bowed to the demands of activists with its change in language. He had complained in his column about the usage of "surge" and suggested the usage of "entering," "crossing the border," and "increase" instead.

"The AP deserves recognition for moving in the right direction," wrote Varela. "I urge all reporters, TV producers, and editors in newsrooms all over the United States to pay close attention to the words they use in their coverage."

The AP told Varela that his complaint came as Editors were already "discussing word choices internally" and had "just assembled a memo addressing concerns by Latino activists."

AP's recommendations has trickled down to other outlets, including Politico, who has asked its staff to no longer refer to the situation at the souther border as a "crisis," among other wording changes.

Biden himself had referred to the situation as a "crisis" on April 17, with the White House backtracking two days later with an unnamed official telling CNN that "there is no change in position" and that "children coming to our border … is not a crisis."

A tweet from Jen Psaki backtracking on Biden's statement said that "The president does not feel that children coming to our border seeking refuge from violence, economic hardships and other dire circumstances is a crisis," says the tweet.