Armed with an AR-15 and a handgun, the couple faced down the mob of protestors, some of whom threatened to seize their firearms from them as they chanted threats at the couple. 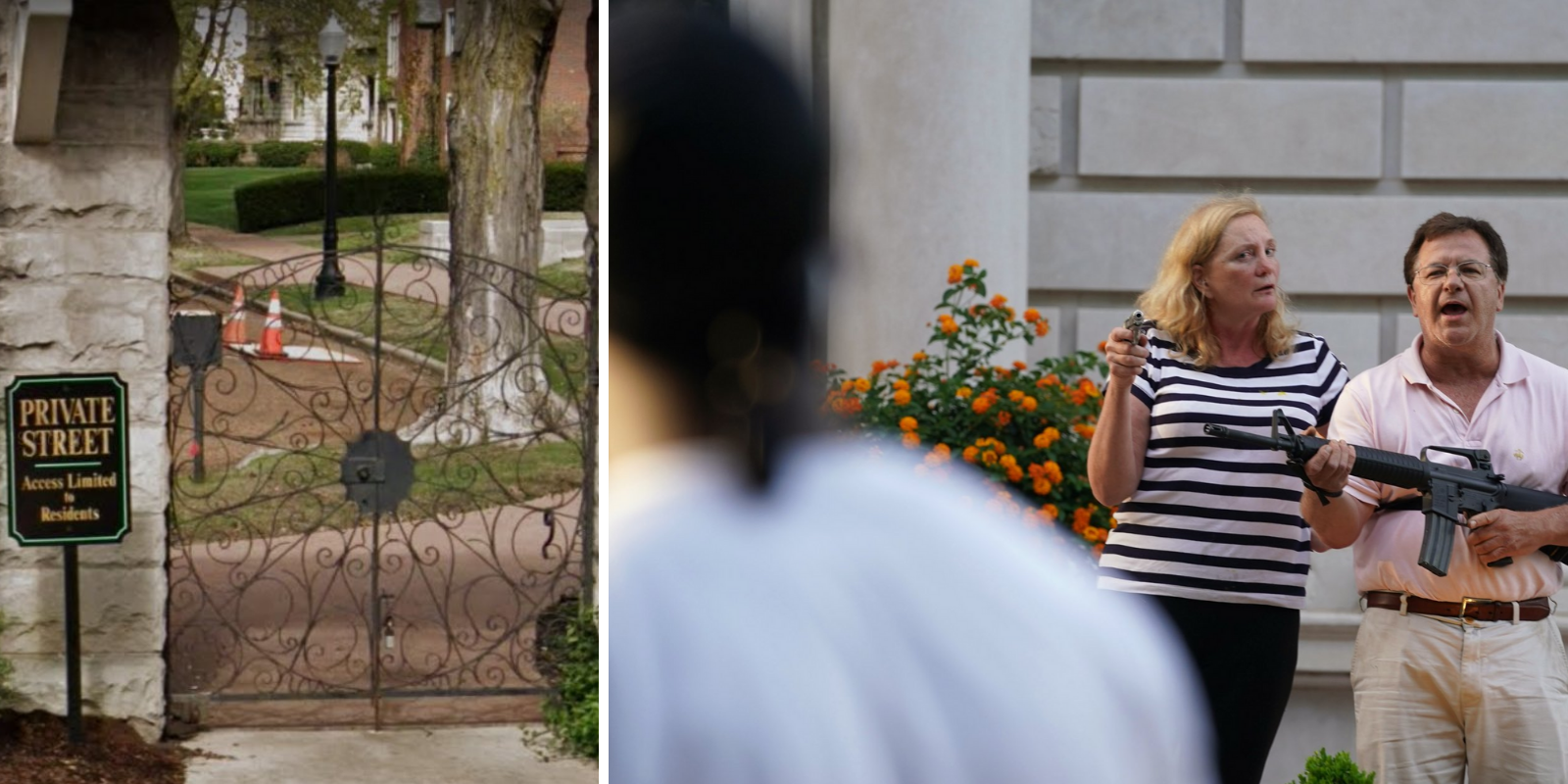 Black Lives Matter marchers took to residential neighbourhoods in St. Louis on Sunday, with aims to force Mayor Lyda Krewson, a first-term Democrat, to resign for her refusal to defund the police.

According to the Washington Post, the “peaceful crowd of protesters” who were “armed only with posters and chants,” were upset that Krewson released the names of some of protest organizers.

The “peaceful crowd,” which chanted slogans like “kill all cops” and “f*** the police” made a detour into a private, gated street before being confronted by a couple who stood their ground against the mob.

Armed with an AR-15 and a handgun, the couple, who lived in the mansion beyond the gated street, faced down the mob of protestors, some of whom threatened to seize their firearms from them as they chanted threats at the couple.

No one was injured in the incident, and the mob was successfully deterred from damaging the property.

On social media, numerous left-wing agitators and journalists described the couple as belligerents who threatened the “peaceful crowd” of protesters.

Anti-Trump lawyer Mark S. Zaid called their actions criminal and called for the couple, who were later identified as lawyers Mark and Patricia McCloskey, to be disbarred.

“Their actions should have consequences,” he wrote.

Missouri is a Castle Doctrine state and provides the homeowners legal right to defend their homes with deadly force, if necessary.

The McCloskeys’ fears of the mob were not unfounded. A day prior, a group of Black Lives Matter activists assaulted Catholics who gathered to prevent the removal of a statue of King Louis IX, the city’s namesake, in prayer.