“We are done with asking nicely. Today our government has given Justice Cullen the authority to do more than ask for voluntary participation.” 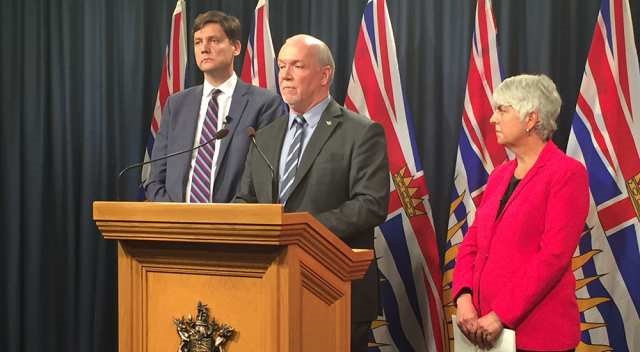 British Columbia’s NDP Premier John Horgan has announced that the province will be launching a public inquiry into the billions in money laundering plaguing the province.

The decision came shortly after the Premier met with members of his cabinet to discuss the implications and extent of the money laundering occurring within the province’s jurisdiction.

Two independent reports on the situation have raised the alarm about the extensive scope of the criminal practice. According to experts, money laundering in British Columbia accounted for $5.3 billion in real estate making up 5 per cent of the total value of housing purchases in 2018.

In total, authorities believe that approximately $7.4 billion was laundered through the province.

One of the reports also suggests that the laundering operations have been a contributing factor in the province’s rising housing costs.

The government inquiry will take these findings into consideration  when conducting their own investigation. Among the things the inquiry will look into will be the impact laundering has had on the housing market, and the law enforcement challenges involved in prosecuting the crime, among other things.

“The inquiry will look at the broad scope of the problem and give us  answers about who knew what, and when, and tell British Columbians who  exactly is participating in, and profiting from, money laundering in our  province,” said the province’s Attorney General David Eby.

“It’s also clear some individuals have refused to participate in our  reviews voluntarily. We are done with asking nicely. Today our government has given Justice Cullen the authority to do more than ask for voluntary participation.”

The new decision will give investigators the ability to file for court orders to seize financial records and search properties suspected of having been involved in money laundering operations.

“The commissioner is not constrained in terms his timelines, he can go  as far back as he needs to, to get answer for British Columbians. This  is about making sure there is accountability,” said Premier Horgan

Further investigation into the practice has shown that money laundering has not been exclusive to housing.

A recent report found that casinos as well as luxury cars have been used as mediums to launder money in the province.