"The Biden-Harris Administration continues to take action to protect Dreamers and recognize their contributions to this country," Mayorkas said in a statement. 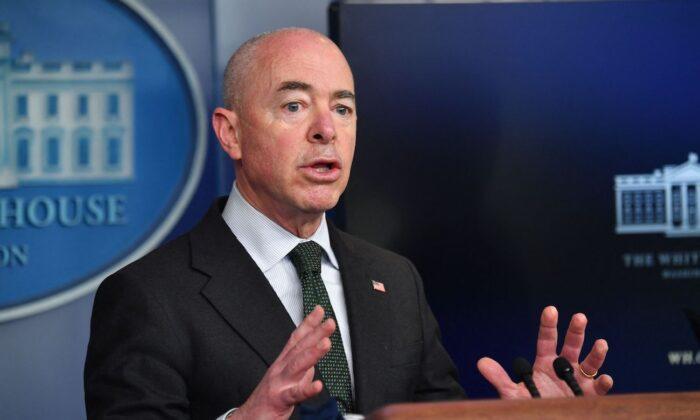 The Biden administration announced plans on Monday to recreate DACA, the Obama-era Deferred Action for Childhood Arrivals program. This comes as a Texas court ruled that the policy, which undertakes to fast-track those for citizenship who were brought to the US illegally by their parents as children.

Department of Homeland Security Secretary Alejandro Mayorkas said that the "Dreamers," as they are known, would be protected, according to The Hill.

The Texas judge said that the program, in effect since 2012, was a violation of the Administrative Procedures Act. The ruling allowed benefits to stay in place for about 600,000 "Dreamers," who do not yet have legal status. In jeopardy, however, are future applications under DACA.

In making the ruling, Judge Andrew Hanen acknowledged that those who are part of the DACA program are dependent on the benefits of that program, such as deferral from deportation, work permits, and international travel allowances, simply to exist and function in the US.

"The Biden-Harris Administration continues to take action to protect Dreamers and recognize their contributions to this country," Mayorkas said in a statement.

"This notice of proposed rulemaking is an important step to achieve that goal. However, only Congress can provide permanent protection," Mayorkas said. "I support the inclusion of immigration reform in the reconciliation bill and urge Congress to act swiftly to provide Dreamers the legal status they need and deserve."

The administration has appealed the ruling, which leaves some 1.3 million people, according to the Migration Policy Institute, out of luck when it comes to pursuing legal status to remain in the only country they've ever known.

The Congress attempted to push through legislation for immigration in a massive spending bill, but those efforts were blocked by the Senate Parliamentarian, who said that to do so would be a violation of Senate rules.

If it had gone through, Democrats would have unilaterally determined that about 10 million people would be put on the path to citizenship who were not previously eligible.