The migrants captured on video by Fox drones are sheltering under the International Bridge, and are essentially waiting to be apprehended and processed by Border Control and Protection. 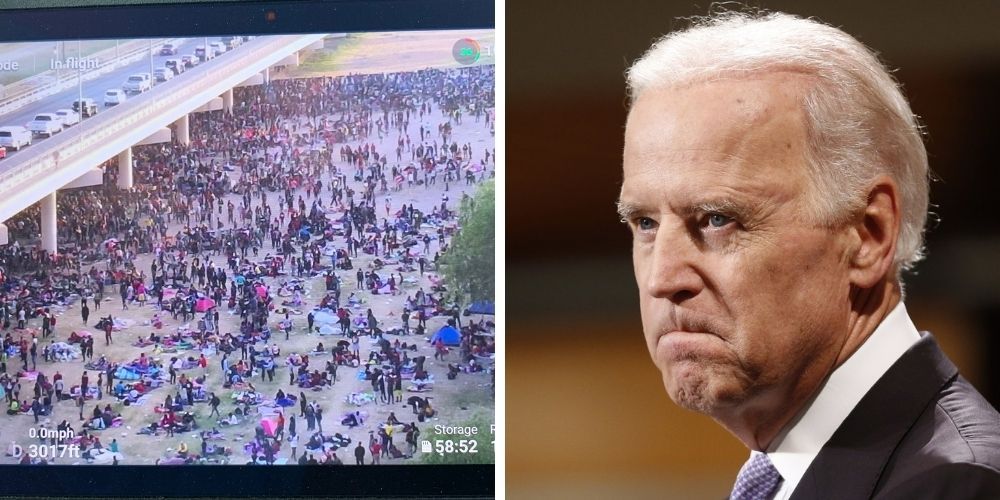 Fox News has been using drones to capture footage of illegal migrants crossing the border, and after recent footage showed thousands of illegal migrants sheltering under a bridge Del Rio, Texas, the Federal Aviation Administration restricted drone access to the US-Mexico border.

The FAA restriction is in place for two weeks. The migrants captured on video by Fox drones are sheltering under the International Bridge, and are essentially waiting to be apprehended and processed by Border Control and Protection.

Fox News reporter Bill Melugin announced the restriction, saying "We’ve learned that the FAA just implemented a two week TFR (Temporary Flight Restriction) over the international bridge in Del Rio, TX, meaning we can no longer fly our FOX drone over it to show images of the thousands of migrants. FAA says 'special security reason.'"

Fox News has been using drones for months to cover the ongoing border crisis and has never been stopped from doing so before.

According to Fox News, over 8,000 migrants are currently waiting underneath the bridge to be apprehended and processed after crossing into the United States illegally. A law enforcement source told Fox News that a majority of the migrants are Haitians and more are arriving at the bridge by the minute.