Despite massive PR campaigns, only 58.2 percent of Americans got their shot in the arm. The White House tried to walk back that goal in the preceding days. 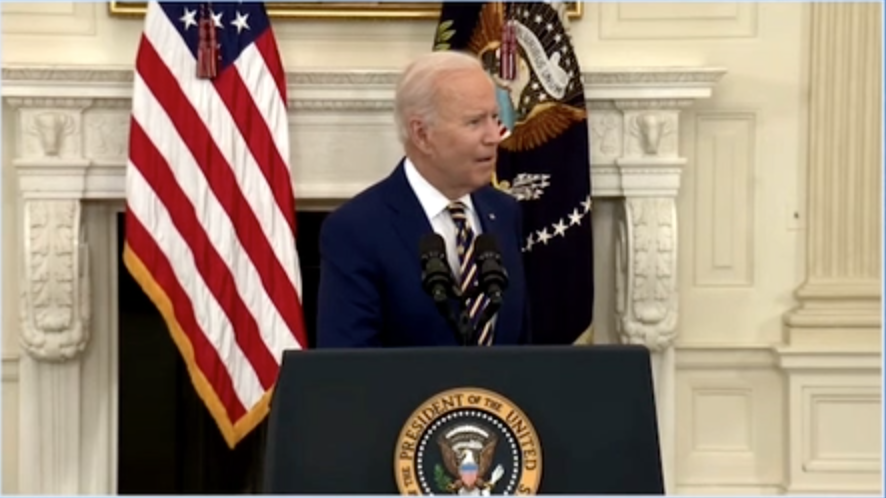 According to the CDC, as of July 5, 157.3 million Americans have been fully vaccinated. In May, the White House detailed their intentions to have 70 percent of Americans vaccinated by July 4. They promised barbecues and family fun to those who got the injections. They worked with both the corporate and public sector to create incentives for getting the vaccine, as well as on making the vaccine easier to get. Walk-up appointments, free rides, pop-up and mobile clinics—the administration tried nearly everything to get people to roll up their sleeves, but it wasn't enough to meet the target.

Biden didn't mention this failure in his Independence Day message on Twitter. Instead he touted his administration's efforts, saying that "America is coming back together."

In his speech marking Independence Day, Biden again pressed Americans to get vaccinated, repeating his notion that getting vaccinated is "the most patriotic thing you can do." Earlier this year, he said that wearing a mask was "a patriotic responsibility."

In the past few weeks, as the deadline loomed near and the target seemed just out of reach, the administration walked back their goals. White House Press Secretary Jen Psaki reframed the administration's goal on Friday when asked about their failure to meet the target.

A reporter asked: "Given the White House is going to fall shy of its 70 percent goal for at least one shot in the arms of adults right now, is the White House done setting goals?  Will you continue to do that?  Or do you think that they’re no longer effective?"

"That's one way of describing it," Psaki replied. "Another way of describing it is that we are on track, once the data comes in, to ensure—to report that 70 percent of adults 27 and older have received at least one dose of the vaccine. That's a significant step forward—something we're incredibly proud of. It's a reflection of the leadership of the President, of the organizational expertise of the team he’s hired, and that’s an enormous step forward. That's also why deaths and hospitalizations have fallen by more than 90 percent since January."