Biden blames his problems on ‘QAnon’ and ‘Donald Trump’

As his polling numbers continuing to slide, seemingly without an end, a fragile Biden and his legacy media counterparts are turning to a familiar playbook: fearmongering and blaming Donald Trump. 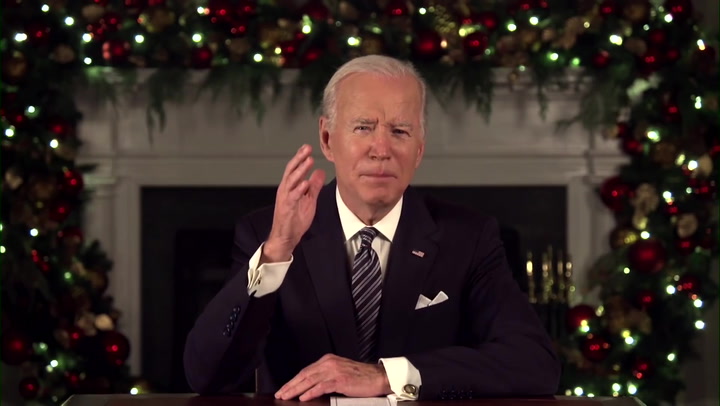 As his polling numbers continuing to slide, seemingly without an end, a fragile Biden and his legacy media counterparts are turning to a familiar playbook: fearmongering and blaming Donald Trump.

In a virtual appearance on The Tonight Show with Jimmy Fallon, Biden used a question about the passing of stalwart Republican Senator Bob Dole to lash out at his political adversaries:

"We used to have an awful lot of that [bipartisan] relationship... and it still exists except that the QAnon and the extreme elements of the Republican Party and what Donald Trump keeps sort of—seems to me—feeding, you know, with the Big Lie. It makes it awful hard.”

There's much to work on as the bumbling Biden administration rounds into the home stretch of its first year in office.

He governs a country facing accelerating inflation, lacklustre jobs growth, a porous southern border fuelling drug and crime crises, all while being buffeted by the political and legal fallout from his administrations divisive and draconian response to the COVID-19 pandemic.

But sure, the culprit is clearly Trump!