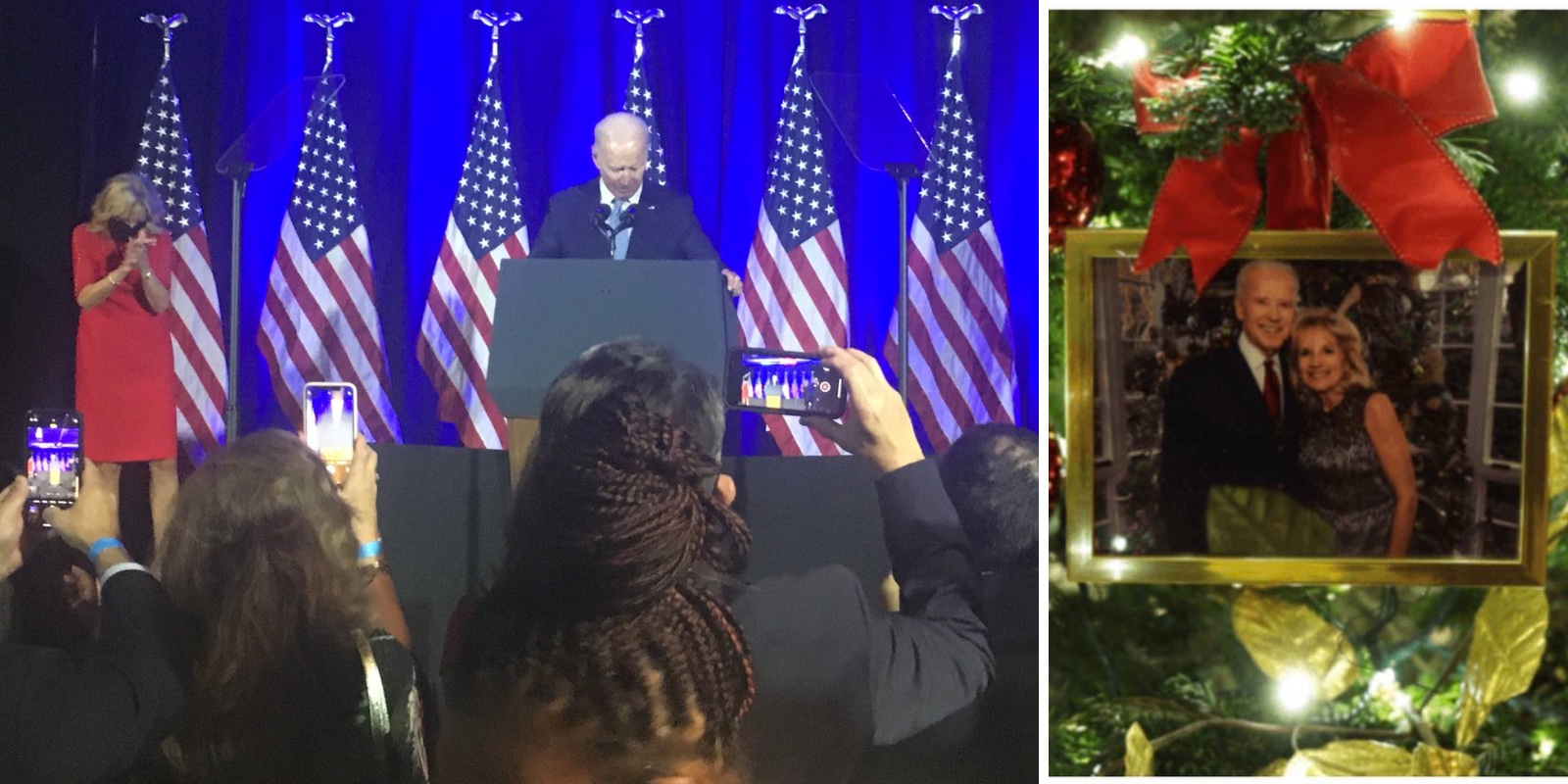 On Tuesday, after the cancellation announcement, Biden and Vice President Kamala Harris attended a party for 400 Democrats at the Hotel Washington, in Washington, DC. The party was held outdoors, though the speeches made by Biden, Harris, House Speaker Nancy Pelosi, and DNC Chairman Jaime Harrison were indoors, in a room the Washington Post describes as "a reception room that was not open air."

In his speech to supporters, he touted his massive spending plans, advocated for the Build Back Better plan which has not yet passed, and slammed former President Donald Trump as well as Republican governors. "They’re following my predecessor deep into the abyss," he said.

He claimed, too, that the Democrats would win the White House in 2024. After saying that the Republicans are "against everything," he said that if Democrats "keep making the case" to Americans about their spending achievements, the Democrats will win.

I just mentioned that we’d reduce the cost for American families.  We have to keep making the case.  And if we do, I believe we’re going to win.  Let me say this again for the press: We’re going to win in 2022.  (Applause.)  I really mean it.

Biden advocated for an assortment of reforms, from police, criminal justice, immigration, gun rights, "the courts," and abortion.

Biden lamented that the throngs of people could not gather at the White House instead of the Hotel Washington, saying "I have to admit to you, I have one serious regret — and we talked about this, Jill and I, and so did we talk with the Vice President and the First [Second] Gentleman: I had hoped by now each one of you, who helped us get to where we are, would have had full access to the White House.  I mean that sincerely.  We would — we had all kinds of plans; we thought we were going to be in a position because of the change — we hoped people had moved on to getting all their vaccines."

Guests for the DNC event at Hotel Washington were required to be vaccinated in order to attend. Epidemiologist Celine Grounder, who worked with the Biden transition team last year, said the DNC party was okay so long as the guests were not packed "liked sardines," WaPo reports.

The White House is normally home to masses of Christmas parties, sometimes more than a dozen, along with appearances during the holiday season. Donors, staff, friends, family, dignitaries, legislators, and associated guests flock to the parties to hob knob with each other. But not this year. Everyone is simply too afraid of COVID.

White House press secretary Jen Psaki defended the move to press on Tuesday that "Obviously, we're still in the middle of a pandemic. We're still taking precautions as it relates to large events."

First Lady Jill Biden issued the notice of cancellation via her press secretary, saying "In the coming days, we will host a limited number of Holiday Open Houses, inviting guests to see the Christmas decorations in person at the White House."

These will be in lieu of any major festivities. Instead, these visits are trimmed to 30 minutes per guest, and the tours of Jill Biden's Christmas decor will be "self-guided." Guests will be required to show proof of vaccination or be COVID tested within 48 hours prior to their attendance.