"I'll lead an effective strategy to mobilize true ninternuvidu presher," or maybe it was "trunalimunumaprzure." It could have been "true inder nah ma preh zer." But whatever it was, it was unclear. 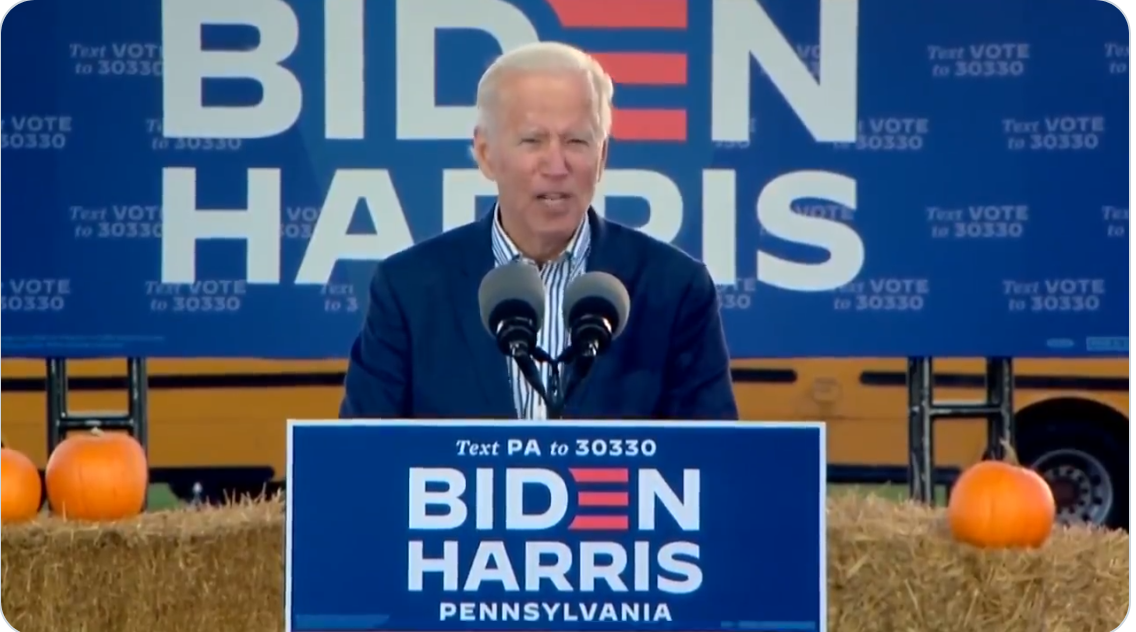 Presidential hopeful Joe Biden was on the campaign trail in Pennsylvania and made a stop in Luzerne County for a drive-in rally.

At that rally, he said something, but it is entirely unclear what he said. It seems like he said "I'll lead an effective strategy to mobilize trueninternuvidupresher," or as another Twitter user quipped "trunalimunumaprzure." It could also have been "true inder nah ma preh zer." But whatever it was, it was unclear.

Watching the full rally, it's possible that Biden means something about international relations? Although since foreign policy was scrapped from the last debate it's unclear as to what his intentions are in that area.

After he stated his intentions to mobilize "trueninternuvidupresher," he said that he would "isolate and punish China. Folks!" He didn't say what he wanted to isolate them from or punish them for, but it is notable that earlier in the pandemic, when Trump used his executive authority to stop people from coming to the US from China, he found this to be racist.

Biden has made notable gaffs along the campaign trail, saying at one point that "America is dead."

Regarding COVID-19, Biden knows his numbers. "If Donald Trump has his way, the complications from COVID-19, which are well beyond what they should be, it's estimated that 200,000,000 have died, probably by the time I finish this talk," Biden said.

At one point, he said "The good news is, for me, I'm here, the bad for you is, I'm coming back. And I want to see these beautiful young ladies here dancing when they're four years older, too."