Biden issues statement in response to Russia's invasion of Ukraine

"Russia alone is responsible for the death and destruction this attack will bring, and the United States and its Allies and partners will respond in a united and decisive way. The world will hold Russia accountable." 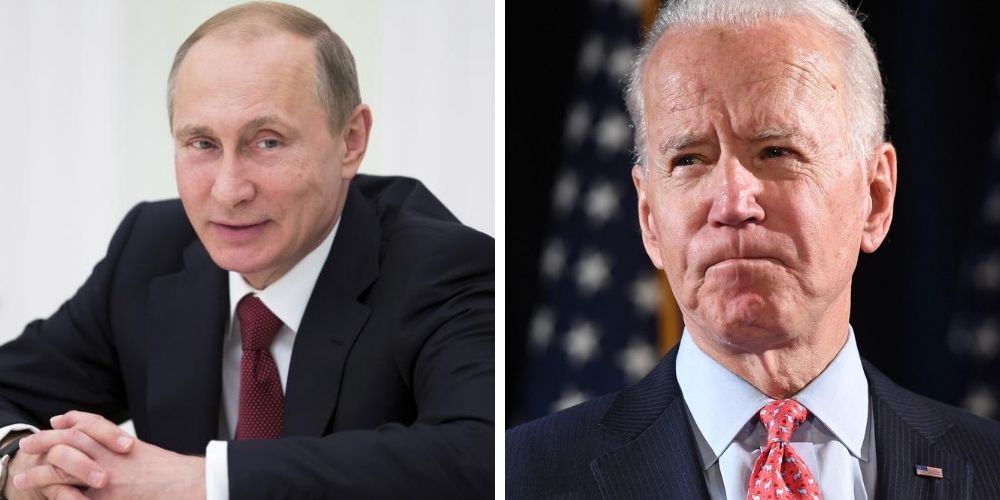 President Joe Biden issued a written statement late Wednesday night in response to Russia beginning their invasion of Ukraine saying, “The prayers of the entire world are with the people of Ukraine tonight as they suffer an unprovoked and unjustified attack by Russian military forces.”

"President Putin has chosen a premeditated war that will bring a catastrophic loss of life and human suffering. Russia alone is responsible for the death and destruction this attack will bring, and the United States and its Allies and partners will respond in a united and decisive way. The world will hold Russia accountable."

Biden added that he will be monitoring the situation from the White House and will continue to get regular updates from his national security team.

"Tomorrow, I will meet with my G7 counterparts in the morning and then speak to the American people to announce the further consequences the United States and our Allies and partners will impose on Russia for this needless act of aggression against Ukraine and global peace and security. We will also coordinate with our NATO Allies to ensure a strong, united response that deters any aggression against the Alliance."

"Tonight, Jill and I are praying for the brave and proud people of Ukraine."

Fox News reported late Wednesday night that Biden had a late night call with Ukrainian President Volodymyr Zelenskyy to discuss what the Ukrainians are calling "full-scale" invasion of Ukraine.

Peter Doocy reported for the outlet earlier in the evening, "We don't believe the President is in the Oval Office..."

Biden tweeted early Thursday morning, "President Zelenskyy reached out to me tonight and we just finished speaking. I condemned this unprovoked and unjustified attack by Russian military forces. I briefed him on the steps we are taking to rally international condemnation, including tonight at the UN Security Council."

"He asked me to call on the leaders of the world to speak out clearly against President Putin’s flagrant aggression, and to stand with the people of Ukraine."

"Tomorrow, (Thursday) I will be meeting with the Leaders of the G7, and the United States and our Allies and partners will be imposing severe sanctions on Russia. We will continue to provide support and assistance to Ukraine and the Ukrainian people."

A White House official told the outlet, "Tomorrow in the early afternoon, President Biden will deliver remarks announcing the further consequences the United States and our Allies and partners will impose on Russia for its unprovoked and unjustified attack on Ukraine."