Loesch said that his request for religious accommodation was denied as well as his appeal. 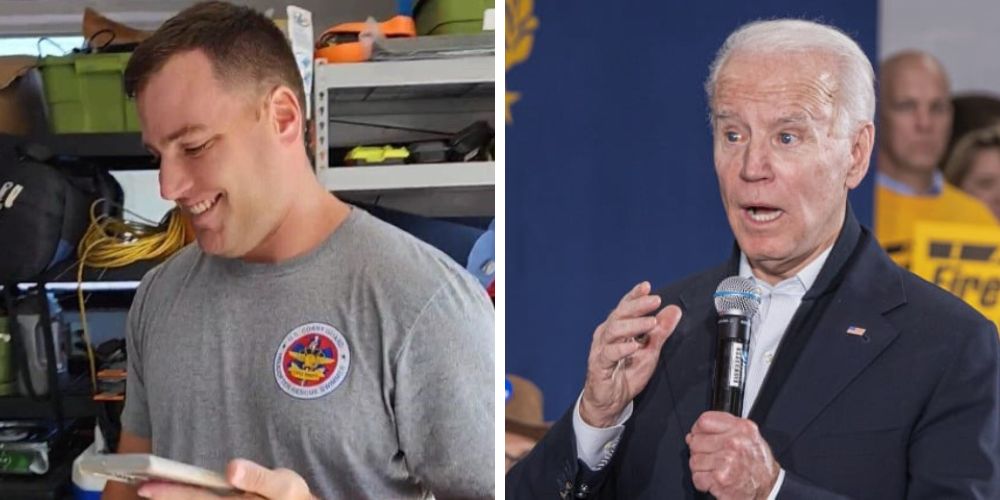 Ari Hoffman Seattle WA
Oct 3, 2022 minute read
ADVERTISEMENT
ADVERTISEMENT
After Hurricane Ian slammed into Florida, President Joe Biden thanked a US Coast Guard rescue swimmer for saving lives, a service member who is about to be discharged for not having received the Covid vaccine.

Biden called Aviation Survival Technician Second Class Zach Loesch as well as several other members of the Coast Guard and thanked them for rescuing people on the southwest Florida coast in Fort Myers and Naples.

Biden said of his call with Loesch in remarks the White House published Friday, "I told him how proud of him I was and thanked him for all the work he and his Coasties are doing to save lives."

Biden also asked for a report on the ongoing rescue efforts and then asked if they needed any additional support that he can provide to accelerate successful rescues. According to the White House, “They indicated they have gotten what they need to execute their vital mission."

However, despite his heroics, Loesch told Breitbart on Sunday that he is among the service members due to be discharged in 30 to 60 days for not getting the Covid vaccine.

Loesch said that his request for religious accommodation was denied as well as his appeal. He told the outlet, "If I had asked any of the people I saved yesterday if they wanted to come with me even though I am unvaccinated, every single one of them would have said 'yes.'"

Loesch rescued a disabled woman and her husband who were trapped in their back bedroom when a couch jammed the doorway. Loesch kicked through a wall in order to rescue them. Once they were free, he went back to get the woman’s wheelchair and secured it to his own body as he was hoisted up by a Coast Guard helicopter.

Loesch reportedly also rescued several dogs and cats and told WFLA-TV, "I’m just trying to smile and be happy and show up to them as a light at the end of their dark day. A lot of them are desperate and need help and in despair. Everything they know is gone, and when they’re leaving with us it may be the last time they see their house."

Loesch told Breitbart that he did not want to bring up his pending discharge to the Commander-in-Chief and ruin the call. "It just sucks that he thanked me yet the vaccine mandate is what’s kicking me out. I just love my job and I’m really good at it. It sucks. I feel like this is the job that I was born to do.”

A lawsuit was filed in September against the Coast Guard and other government agencies on behalf of a class of over 1,200 service members seeking religious exemptions from the Pentagon's COVID-19 vaccination mandate alleging that the Coast Guard is "categorically denying virtually all" religious accommodation requests.

According to Fox News, a spokesperson for the Coast Guard previously denied that members have been penalized for seeking religious accommodations.

In May of 2021, while giving the commencement address at the Coast Guard Academy, Biden insulted the class with a dig saying, "You are a really dull class," and later quoted the founding father of communism in China, Mao Zedong.
ADVERTISEMENT
ADVERTISEMENT
Untitled_design_-_2022-10-02T205224.080