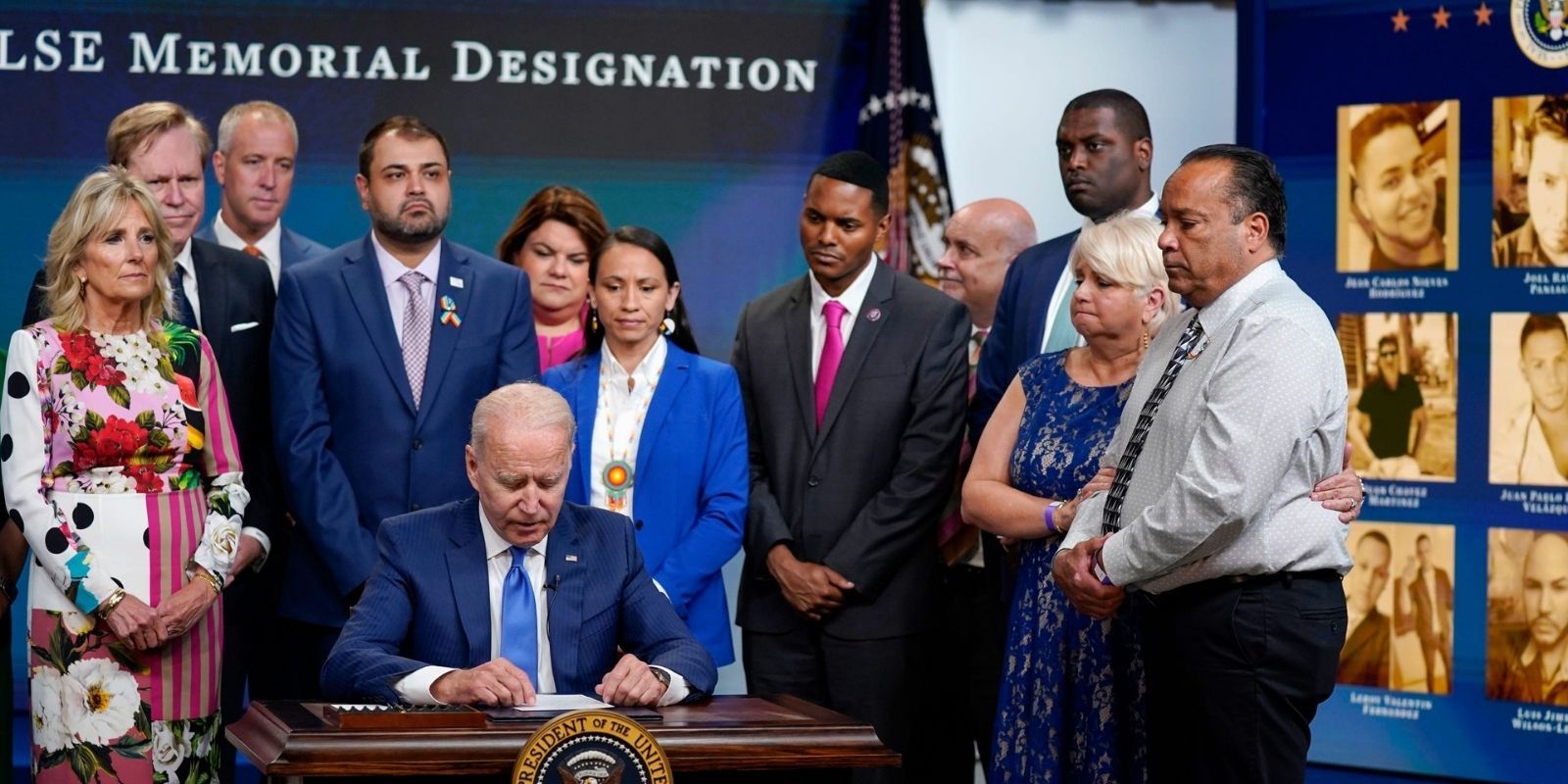 On Friday, President Joe Biden signed into law HR 49, which designates Pulse Nightclub as a national memorial. A mass shooting took place at the LGBTQ nightclub in 2016, leaving 50 individuals, including the gunman, dead, and another 53 people injured.

"Just over five years ago Pulse Nightclub, a place of acceptance and joy became a place of unspeakable pain and loss. We'll never fully recover, but we'll remember," Biden said as he signed the bill. "...May no president ever have to sign another monument like this."

After signing the bill, Biden promised to work with members of Congress to "deal with equity across the board."

According to USA Today, the project is expected to cost $45 million and but no federal funds will be allocated to the memorial. Instead, county and state governments, private citizens, and corporations are donating to the cause.

The memorial will feature "a reflecting pool, an open-air museum and an education center with gardens and a public plaza," Axios reported.

On June 12, the fifth anniversary of the shooting, Biden vowed to pursue stricter gun control policies, including universal background checks and red flag laws, in memory of the Pulse victims.

"In the coming days, I will sign a bill designating Pulse Nightclub as a national memorial, enshrining in law what has been true since that terrible day five years ago: Pulse Nightclub is hallowed ground," he said via press statement. "But there is more we must do to address the public health epidemic of gun violence in all of its forms – mass shootings and daily acts of gun violence that don't make national headlines."

"It is long past time we close the loopholes that allow gun buyers to bypass background checks in this country, and the Senate should start by passing the three House-passed bills which would do exactly that," he continued. "It is long past time we ban assault weapons and high capacity magazines, establish extreme risk protection orders, also known as 'red flag' laws, and eliminate gun manufacturers’ immunity from liability."

The Pulse Nightclub shooter passed a background check and legally obtained his firearms, despite being interviewed by the FBI on three separate occasions, ABC News reported in 2016. Because the cases were closed and the gunman had no criminal convictions, his background check came back clean, meaning the sale could proceed. Universal background checks would not have prevented him from obtaining the firearm used in the shooting.