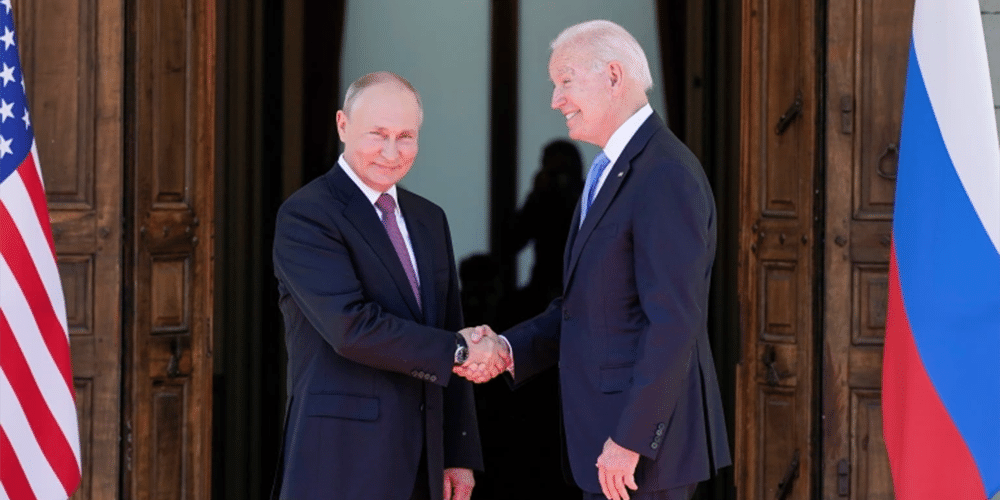 The White House has a solution for Vladimir Putin’s territorial ambitions: don’t invade Ukraine, ‘build back better’ instead.

Speaking to reporters hours after the Biden administration admitted that its own Build Back Better plan won’t pass Congress this year, a senior admin official said that polling in Russia shows strong support for policies Biden himself has struggled to pass in the US.

“What they need is better health care, build back better, roads, schools, economic opportunity,” the official continued. “And that’s what the polling is showing in Russia. So we hope that President Putin will take this opportunity for diplomacy and will also listen to the needs of his own people.”

The Russian embassy has not issued a response to the senior Biden official’s remarks.

Early Friday, White House Press Secretary Jen Psaki told reporters that the president does not expect to see any movement for his own Build Back Better plans until early next year.

“The president wants to see this move forward — I think you saw in his statement — early next year,” Psaki told reporters on Air Force One.

Biden’s plans hit a roadblock after West Virginia Sen. Joe Manchin expressed fears over the legislation’s negative impact on the economy. On Thursday, Biden said in a statement that Manchin “has reiterated his support for Build Back Better funding at the level of the framework plan I announced in September. I believe that we will bridge our differences and advance the Build Back Better plan, even in the face of fierce Republican opposition.”