"We're trying to figure out who these anonymous sources are that are sending so much money to the Biden family schemes — the Biden Center for Diplomacy and Hunter Biden's artwork," Chairman James Comer explained. 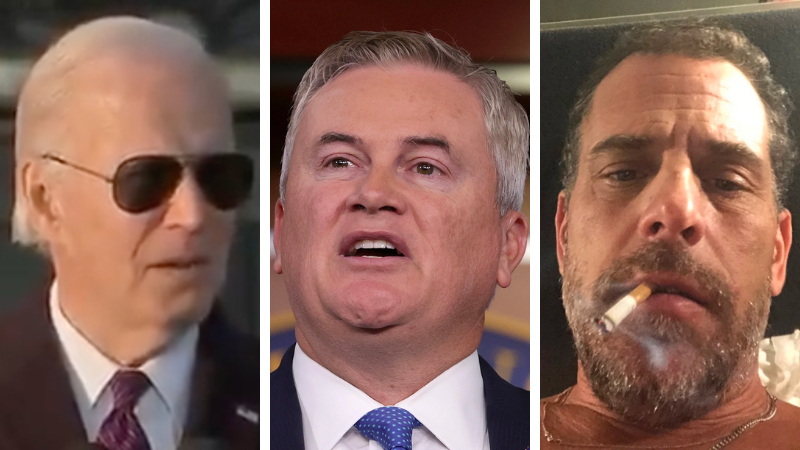 He stated that the committee would be working to uncover the truth behind President Biden's mishandling of classified documents and his son Hunter's questionable business dealings.

"We're trying to trace the money," Comer said in an interview with the Washington Examiner. "We'll be looking at bank statements. We'll be looking at bank violations. That's the next phase of our investigation because we're trying to figure out who these anonymous sources are that are sending so much money to the Biden family schemes — the Biden Center for Diplomacy and Hunter Biden's artwork."

He went on to explain that he was prepared to use subpoenas to acquire testimony and documents from those involved, arguing that if, as Biden claims, there is no "there" there, he should have no trouble cooperating.

In a statement, Comer revealed that he had called on Secret Service Director Kimberly Cheatle to provide "all internal documents, communications, and visitor information" kept for President Biden’s Wilmington, Delaware home between 2017 and present.

"Given the White House’s lack of transparency regarding President Biden's residential visitor logs," Comer wrote, "the Committee seeks information from the Secret Service regarding who had access to his home since serving as Vice President.”

In a separate statement, Comer revealed that the committee had called on Georges Bergès, the New York City gallery owner who exhibited Hunter's artwork, to provide documents and communications from the establishment. Comer also requested an interview with Bergès.

"You have advertised that Hunter Biden’s latest artwork ranges in price from $55,000 to $225,000," Comer wrote to Bergès. "It is concerning that President Biden's son is the recipient of anonymous, high-dollar transactions—potentially from foreign buyers—with no accountability or oversight (other than you)."