Brinton defended Rentboy.com as a place where "young adults" were able to "secure living safely" for the first time through the website. 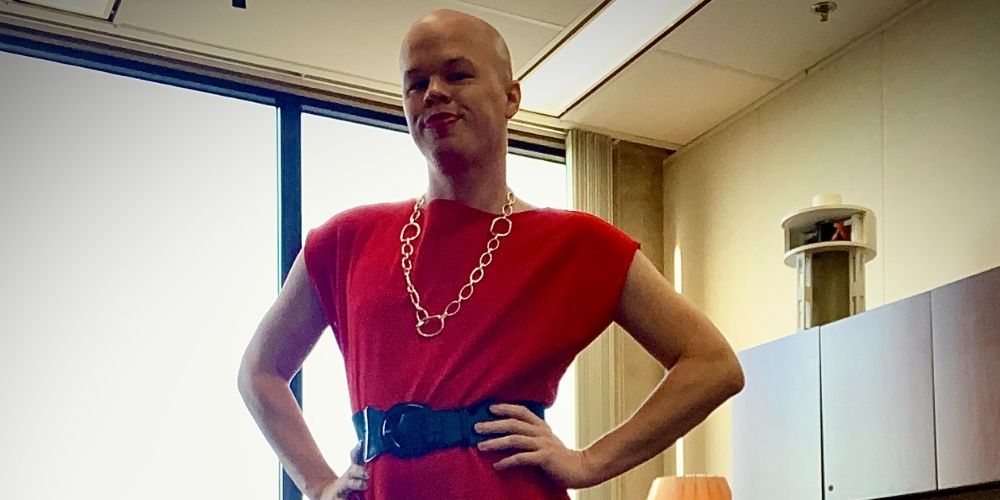 It has been revealed that Samuel Brinton, a recent high-level hire at the Department of Energy’s Office of Nuclear Energy, defended a controversial gay prostitution website that allowed the advertising of children for sexual services.

The National Pulse uncovered the op-ed piece from Brinton, which was posted to The Advocate, an LGBTQ news website.

In the piece, posted on September 2, 2015, Brinton defended Rentboy.com, calling a federal government "attack" on the website a "a devastating assault on some of the most vulnerable members of our community," and adding that "young adults" were able to "secure living safely" for the first time through the website.

Brinton later admitted though, "Rentboy.com may or may not have broken the law. I don’t know."

"But I do know, from the frantic emails filling my inbox, that the raid on its headquarters has thrown many gay, bisexual, and transgender young adults into turmoil as their main source of income has been ripped away due to irresponsible and archaic views of sex work," wrote Brinton.

Brinton wrote in collusion, "The rent boys weren’t harming anyone. But now these young men might have to return to communities and homes which have rejected who they are. And that’s when the real danger begins."

According to the National Pulse, the website was shut down following an August of 2015 illegal prostitution raid, which occurred just weeks before Brinton’s piece was published.

Department of Homeland Security officials raided the Manhattan offices of Rentboy, arresting chief executive Jeffrey Hurant as well as six other employees on the charges of promoting prostitution on Rentboy.

In 2016, Hurant was indicted on the charge of promoting prostitution on the sight, and ultimately pleaded guilty to the charge. According to the New York Post, Hurant was issued a six month sentence in 2017.

The Biden appointee wrote in his article that "the dissolution of Rentboy is more dangerous than the website ever was."

In the US District Court of the Eastern District of New York’s indictment against Rentboy and Hurant, it revealed negligence in the site’s part regarding underage work, especially in Asia, with prosecutors detailing how the age verification process on the website was a "gray area," as they "did not always remove advertisements when the advertisers failed to provide identification."

"In one case, after an escort agency failed to provide photo identification for an escort, a RENTBOY.COM employee advised the escort agency that he had deleted photographs with the face of the subject escort, but left the advertisement online and left photographs that showed only the escort’s body," the indictment stated.

In Asia, Rentboy "failed to comply with its own standards requiring age verification,” with the company ignoring “employees [who] complained to RENTBOY.COM management about the quantity of underage escort advertisements."

Brinton has previously been revealed to wear dresses and other feminine clothing, has taught classes on kink at LGBTQ conferences, and participates in "puppy play" fetisha activities, with Brinton being depicted as a sort of "handler" for another male that wears a leather dog mask.

Brinton was hired into the Office of Numeral Energy earlier this year as the Deputy Assistant Secretary of Spent Fuel and Waste Disposition, and officially took office in June.