The White House is ignoring the fact the SPLC inspired a would-be mass shooter and paid millions in damages after defaming innocent people as radicals. 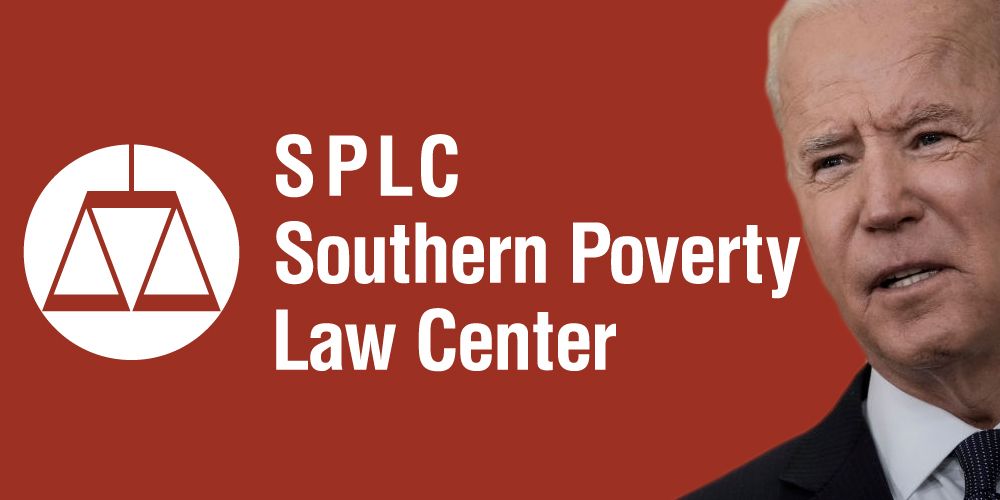 Groups like ACLU, SPLC, and ADL are responsible for the calamity of Big Tech social media's rules and policies. Now imagine that net being cast across the entire United States population.

The threat of targeting US citizens based on political leanings is a reality. Again, seeing as how under the Obama administration the IRS engaged in that practice.

The tragic death of Heather Heyer in Charlottesville is one thing both sides of the political divide saw as senseless violence. But the fact that President Joe Biden started his campaign repeating a falsehood (confirmed via factcheck.org) that former President Donald Trump did not disavow white supremacists back in August 2017, actually reflects on the type of administration Biden runs now.

By that meaning, according to a recent Pentagon announcement, we're now learning that the Defense Department is courting controversial partisan NGO groups for their "Countering Extremism Working Group." This is another step in the Biden government's effort to force far-left ideology onto the US military.

If anyone was concerned about the news about a Space Force commander being relieved of duty for speaking out about the military's ideological enforcement of Marxism, this news will accelerate that by several magnitudes.

In the introductory paragraph alone, it's worth emphasizing that the DoD will be taking the word of these so-called experts at face value. It's the Biden administration's opinion that people from the likes of the Southern Poverty Law Center are best informed about extremism. The SPLC knows a lot about radicalizing Americans because they've got a track record of enabling that.

In February 2013, per CNN's own reporting, Floyd Corkins was inspired by the SPLC to commit a mass shooting at the Family Research Council in Washington DC. Again, this comes from CNN:

"Corkins -- who had chosen the research council as his target after finding it listed as an anti-gay group on the website of the Southern Poverty Law Center -- had planned to stride into the building and open fire on the people inside in an effort to kill as many as possible, he told investigators, according to the court documents."

In June 2018, the SPLC had to publicly apologize to Maajid Nawaz and the Quilliam Foundation for defaming them as "anti-Muslim extremists." The DoD should prepare to open the checkbooks, because in the Nawaz settlement, the SPLC had to pay him $3.375 million.

Extremism of all stripes is a serious concern worth tackling. But the Department of Defense's "expert" roster has people demonstrably unfit to lead that discussion.