The 2021 federal grant program is designed to promote atheism and humanism overseas and encourage "dissent from religious belief." 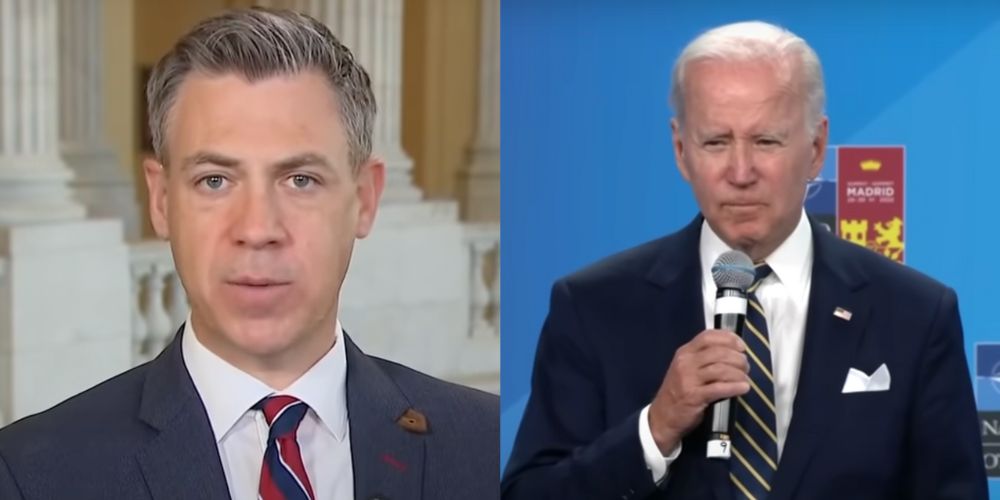 The Biden Administration discreetly launched an anti-Christian globalist grant program in April 2021 that was designed to subvert religious practice and instead ensure "dissent from religious belief" within the "context of intersectional identities."

The program, titled "DRL FY20 IRF Promoting and Defending Religious Freedom Inclusive of Atheist, Humanist, Non-Practicing and Non-Affiliated Individuals," has been called out by congressional Republicans who have noticed that the Biden Administration's defense of "religious freedom" is now "inclusive" of distinctly a-religious disciplines.

According to Fox News, Republican Study Committee (RSC) chairman Jim Banks of Indiana wrote a letter along with 14 other GOP to President Biden and Secretary of State Antony Blinken regarding the Bureau of Democracy, Human Rights, and Labor’s (DRL) grant program "promoting atheism and 'humanism.'"

In the official letter, Banks noted that atheism "is an integral part of the belief system of Marxism and communism" and that "Americans rightly discern this as a part of the broader effort on the part of [Biden's] administration to promote radical, progressive orthodoxy abroad."

The GOP noted that any program like this within the United States would be unconstitutional and asked "how such a grant or cooperative agreement program advances the foreign policy interests of the United States." The Republicans remarked how foreign leaders could view this program as a type of colonization where America was trying to "shatter local religious and cultural relationships."

The grant program's official website states that is is a Notice of Funding Opportunity (NOFO) that will award one to two grants up to $500,000 through a competitive process to applicant organizations committed to "strengthening networks" and "advocacy" for atheism, humanism, and "non-practicing" religious pluralism in South/Central Asia and in the Middle East/North Africa.

Banks and the GOP wrote, it "is one thing for the Department to be tolerant and respectful of a wide range of belief systems" but "It is quite another for the United States government to work actively to empower atheists, humanists, non-practicing, and non-affiliated in public decision-making."

Banks on Twitter connected the program to Biden's larger radical leftist agenda and tweeted "The Biden State Department is promoting CRT, abortion and now atheism abroad. This is not what America stands for!"