In a section on funding to reduce maternal morality, mothers are referred to as "birthing people" by the Biden admin. 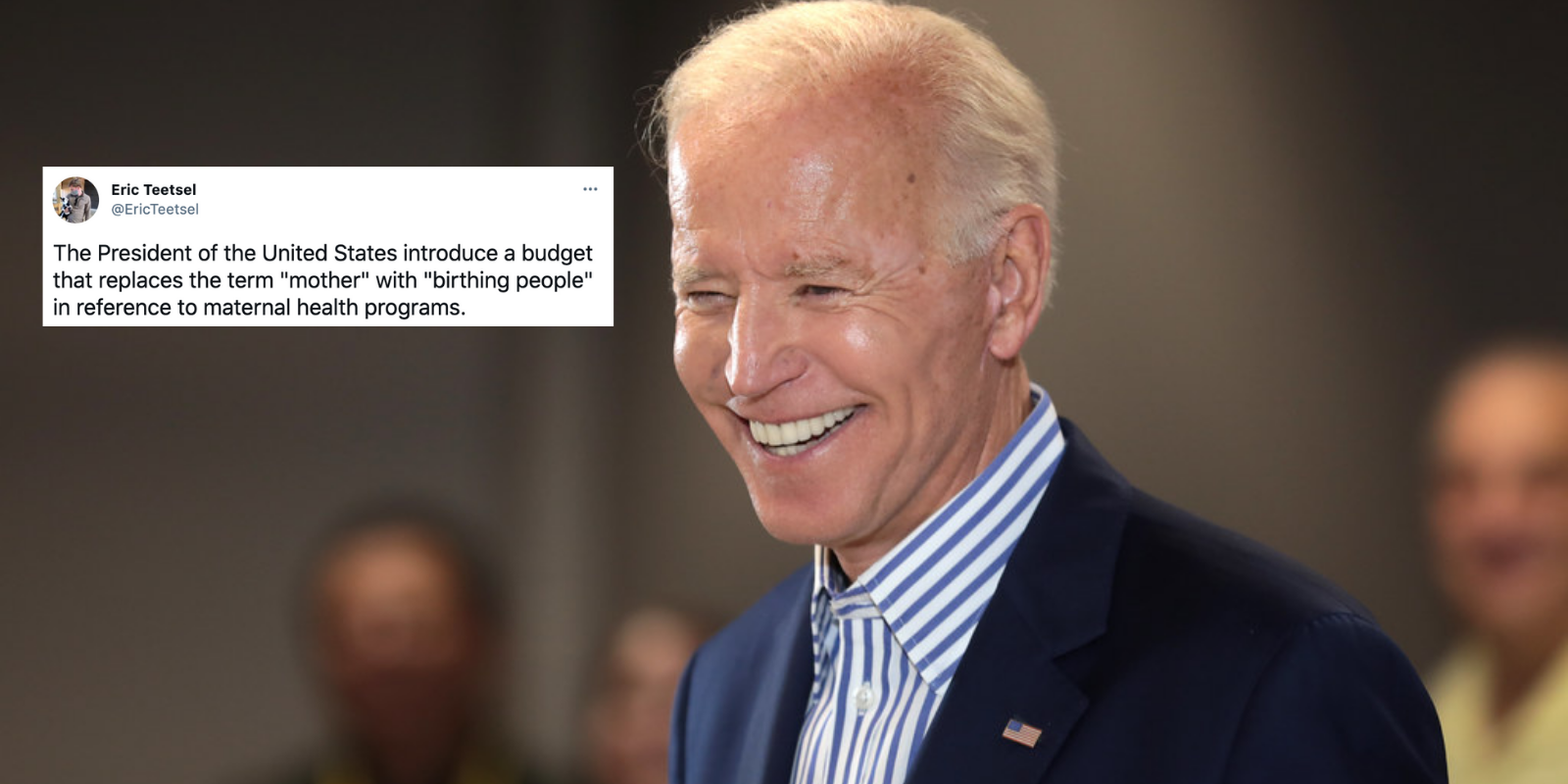 The Biden administration has entrenched the language of mother erasure in the new budget proposal. In a section on funding to reduce maternal morality, mothers are referred to as "birthing people."

It does, however, keep the word maternal. Probably because a new phrase hasn't yet been coined for that.

It does not seem equitable, however, to women who give birth, otherwise known as mothers. As I wrote in The Federalist, "When we use the term mother, we invoke a shared perspective on what that word means, what it represents, what it looks like."

"If we don’t have the word for mother, will the concept still exist? If so, for how long? If the word for mother falls out of fashion or is pushed out of language entirely, will our thoughts still be able to form the idea of mother without the word? Will the mother-adjacent words that we’ve created take the place of the thought of mother as well as the word? Do the words we use to describe relationships matter? Can we have the thought of mother without a word to express it?"

This language of "birthing people" was used by Rep. Cori Bush (D-MO) when she spoke about her own harrowing birth experience, and organizations that supposedly advocate for women have also adopted this language. Congress additionally legislated to abandon language that refers to sex-based relationships.

In the 2022 budget, the word mother appears once, with regard to paid leave, stating that "Paid leave has been shown to keep mothers in the workforce, increasing labor force participation and boosting economic growth. In addition, sustained tax credits for families with children have been found to yield a lifetime of benefits, ranging from higher educational attainment to higher lifetime earnings."

It's telling that the administration notes that mothers exist only in regards to the ability to work, to be cogs in the machine, to be separated from their children, and not in terms of the actual functions of mothers and motherhood.