This messaging plan includes specifically targeting men, asking them to consider the women in their lives like sisters, nieces, and cousins, and how a lack of abortion access could affect them. 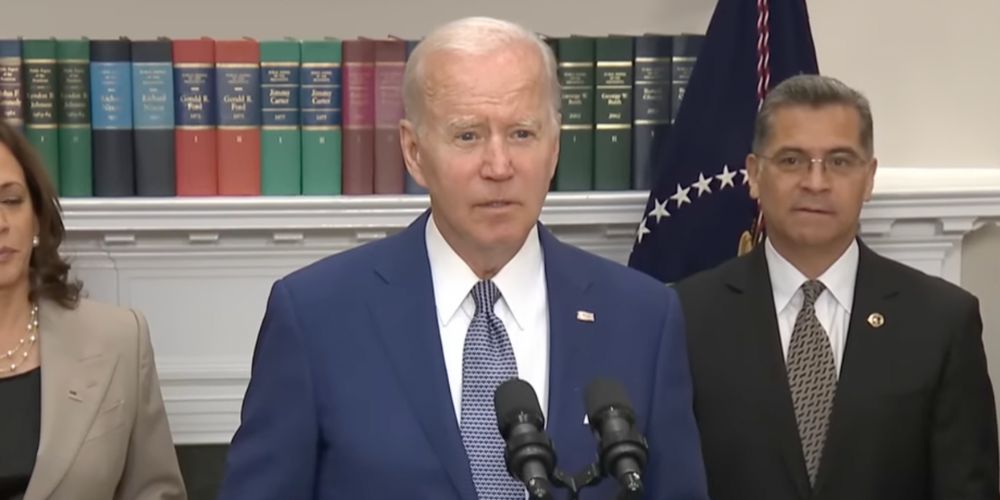 The Biden Administration has reportedly developed a three-part plan to protect abortion access across the US following the June Supreme Court overturning of Roe v Wade, which they hope to push in the upcoming midterm elections.

According to Reuters, several anonymous sources with knowledge of the matter said that the administration has held multiple calls in recent days regarding strategy and engagement, including one that took place on August 4 regarding the plan with nearly 2,000 participants.

The administration reportedly plans to focus on two specific federal statutes to strengthen legal action against states that have limited abortion following the overturning, collect and communicate data to voters on how the restrictions impact women, and develop a consistent messaging plan to get across to both men and women how unplanned pregnancies can affect both men and women.

In regards to federal statutes, the Biden administration plans to hone in on two: the Emergency Medical Treatment and Active Labor Act (EMTALA) and FDA preemption under the Federal Food, Drug & Cosmetic Act (FDCA).

EMTALA requires hospitals that receive Medicare funding to provide treatment to those who come in with an emergency medical condition, including providing an abortion in the woman’s life is in danger.

The White House is also reportedly compiling research regarding the physical and mental harms that women may face if abortion is outlawed, as well as the economic toll an unplanned pregnancy can take on both women, men, and families. They plan to communicate this data to voters through a consistent messaging plan.

This messaging plan includes specifically targeting men, asking them to consider the women in their lives like sisters, nieces, and cousins, and how a lack of abortion access could affect them, in an attempt to broaden understanding amongst them.

The messaging plan will also hone in on religious Americans, focusing on the message that they don’t have to change their religion to support abortion, "they just need to resist government overreach," the sources told Reuters.

"The idea is to be much more disciplined and consistent in messaging to break through to the everyday American, which many rightfully believe is not happening as effectively," said one of the sources.

One of these executive orders, signed in July, directs the Justice Department to do "everything in their power to protect these women seeking to invoke their rights. In states where clinics are still open, to protect them from intimidation."

This executive order also aims to protect access to FDA-approved medication, travel associated with getting the procedure, contraceptives, as well as directs the Department of Health and Human Services to "ensure all patients, including pregnant women and girls experiencing pregnancy loss, get the emergency care they need under federal law."

The second executive order, signed in August, will allow for the Secretary of Health and Human Services Xavier Becerra, to "invite states to apply for Medicaid waivers people traveling from a state where abortion may be illegal to seek services in their state."