A majority of Republicans voted against the bill, with GOP members saying that the bill was really aimed at protecting federal employees that were working against former President Donald Trump. 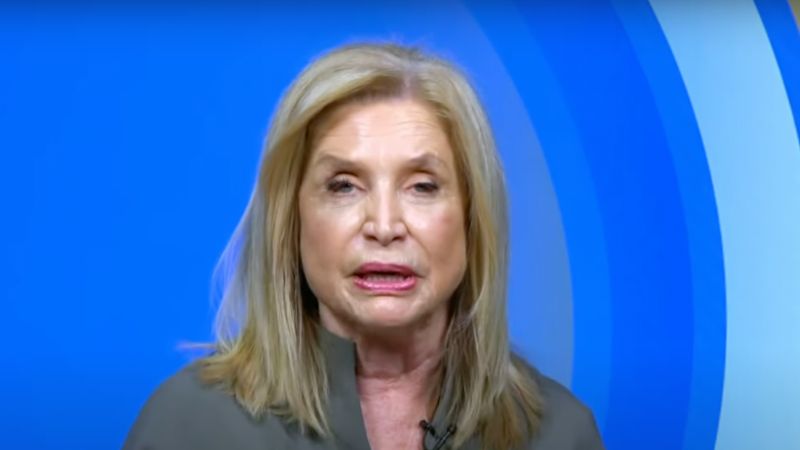 The Hill reports that Democrat Representative Carolyn Maloney from New York, the bill's sponsor, said, "Today’s bipartisan passage of the Whistleblower Protection Improvement Act brings us one step closer to ensuring that any federal employee who steps forward to report wrongdoing is protected from retaliation."

The bill stipulates that calls for the release of a whistleblower's identity should be limited and it specifies that federal employees, up to and including the presidents past and present, cannot hinder or "strike back" against a whistleblower giving up information to Congress.

Two Republican representatives, Brain Fitzpatrick from Pennsylvania and Nancy Mace from South Carolina, voted for the bill in what amounted to a 221-203 vote.

A majority of Republicans voted against the bill, with GOP members saying that the bill was really aimed at protecting federal employees that were working against former President Donald Trump, according to Fox News.

Democrats acknowledged during floor debate that Trump was the impetus for the bill, with Maloney saying that Trump’s team had made "repeated and consistent efforts" to silence whistleblowers.

"In large part, this bill is just an excuse to further idolize the people who pushed the sham impeachment against former President Trump," Rep. James Comer of Kentucky said on the House floor. "Entrenching federal government employees… is, in large part, why President Trump got elected in the first place: to drain the swamp. Democrats may be wise to remember this concern of the American people and stop working to further entrench the executive branch bureaucracy."

Maloney, who is also the chair of the House Oversight and Reform Committee, titled the bill the Whistleblower Protection Improvement Act. Mahoney recently had to backtrack after she claimed Biden would not run for president in 2024 and she lost to Jerry Nadler for a sole remaining House seat after redistricting in New York.

"Whistleblowers are the first line of defense to hold those in power accountable. Congress relies on whistleblowers to exercise our constitutional oversight responsibilities, safeguard taxpayer dollars, improve federal programs, and even save lives," Maloney said.

Maloney, whose 30 year history in Congress has been consistently liberal, also attended the infamous Met gala where she and AOC went maskless while the help wore masks.
ADVERTISEMENT
ADVERTISEMENT
CarolynMaloney