Broken windows have returned to New York City – and not just because of the rioters de Blasio has enabled. 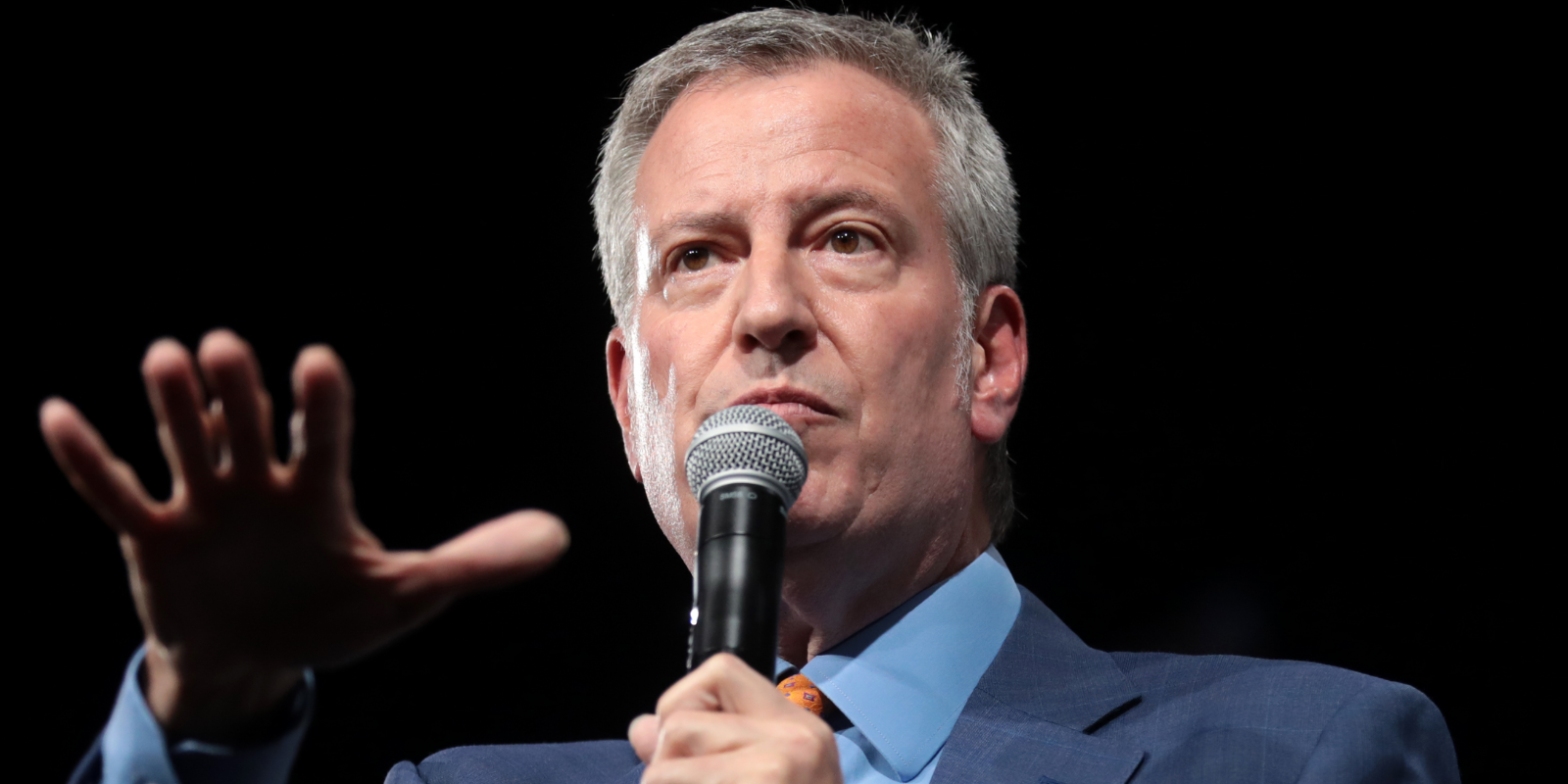 Broken windows have returned to New York City – and not just because of the rioters de Blasio has enabled.

Graffiti is once again on the rise in the city, popping up on storefronts, buildings, construction barricades – and more. The city’s 311 (that handles requests for government and non-emergency services) is no longer taking graffiti complaints, and the Graffiti Free NYC removal program has been suspended.

The subways aren’t 100% littered with graffiti just yet, but crime has returned to them. Even during a time period in April where ridership averaged 9% of what it was pre-pandemic, felonies committed on the subway spiked 35%, largely driven by a rise in robberies. That coincides with an 87% decline in arrests on the subway (from 955 to only 124), while summonses issued crashed from 13,000 to 300.

That aside, de Blasio does care about when graffiti happens to government buildings, but not private property. Speaking at a press briefing, de Blasio was asked about why graffiti was being removed on City Hall but not the buildings surrounding it. “Graffiti on public buildings will be removed, period. We’ve been dealing with budget challenges. We can’t do everything that we used to do in terms of private buildings,” de Blasio said.

De Blasio is pretending that there’s no money to clean up graffiti on everyone else’s property. One of his spokespeople said that the program was suspended to “ensure the City can continue to devote resources to essential safety, health, shelter, and food security needs.”

While $5 billion was slashed from the 2021 budget due to the pandemic, the City Council did make sure to include over $4 million in services for prostitutes, which will pay for their housing, medical care, job training, legal services, and street outreach. The “money for prostitutes” program began disbursing funds in 2019.

Alongside the return of those broken windows is the return of the iconic squeegee man. Their return was alarming enough to prompt the New York Post’s editorial board to publish an article on it:

Absent urgent action, Gotham is headed rapidly back to the bad old days.

This weekend, those pernicious squeegee men of the pre-Rudy Giuliani era were back in force, harassing drivers. In the old days, nothing better symbolized the loss of civility and law and order than guys with dirty rags swabbing windshields without permission — and demanding money for it.

All this, of course, is to be expected in a city where low-level crimes are no longer considered crimes — and cops, as The Post reported, aren’t even bothering to hand out summonses.

As a John Jay College report found, summonses for infractions such as public urination and open containers are down 48 percent since they were decriminalized in 2017. That is, law-breakers are at little risk of arrest or fines. Even many offenses still considered criminal won’t get you locked up. So what do miscreants have to fear?

During the pandemic, the city decided to release the homeless from shelters to lower their risk of contracting the coronavirus, and instead house them in hotels. In all, about 20% of all NYC hotels are housing homeless people. Good luck trying to figure out the logic behind that.

The problems resulting from this policy are quite predictable, and they have spilled out onto the streets during the day. In the Upper West Side three hotels housed hundreds of homeless men, who have turned the surrounding area “into a spectacle of public urination, catcalling, and open drug use.” Among the homeless are the mentally ill, drug addicts, and registered sex offenders. In one hotel two sex offenders are staying one block from a playground.

Elsewhere restaurants haven’t been able to utilize outdoor dining because the homeless have deterred people from sitting there. One business owner in Long Island City said the homeless have simply sat down at the tables themselves and refused to leave.

Another entrepreneur who owns a sandwich shop found even his takeout service suffers because of the increasing lawlessness. “The people that live in this area, they don’t want to come get food here. They’re scared. If they come, then a homeless person follows them in asking for money, asking for a sandwich. Who wants to deal with that?”

So bad is the problem that even one homeless man put into a hotel agrees with them. “Who wants craziness in front of your doorstep?” one said to a reporter.

A number of makeshift homeless encampments have also sprung up around the city. An encampment of 20 homeless sprung up on a Chelsea street corner, blocking entrances to businesses and further deterring people from frequenting them with their presence. One NY Post reporter who visited the encampment saw one person smoking crack, and another vagrant said a number of them use drugs.

Overall, homelessness is up 40%.

And as the problems of the Dinkins era have returned, so have those combating it. Graffiti is on the rise, the squeegee men are back, violent crime is rising, and while prostitutes aren’t crowding 42nd street, they are subsidized by the city. The Guardian Angels began patrolling Central Park once again in 2015, and saw a surge in membership after the George Floyd riots.

Seldom one to speak out on current events, former New York Governor George Pataki warned in mid-July that New York City is on the verge of a “regression to those dark days when criminals ruled the streets.”

“When I took office, New York was the most dangerous state in America. People got used to safety over the last 20 years,” he said during a radio interview.

“They don’t remember the time back when we were so dangerous. What we are seeing now is a regression to those dark days when criminals ruled the streets,” continued. “When parents were afraid to send their kids to school. And when tourists knew better than to come to New York. I’m worried about the future of New York.”

Citing bail reform, he added “In a short period of time, the radicals have taken over. Name one politician in the State of New York or the City of New York that’s standing up and defending our police,” he went on.

While Giuliani has some obvious bias here, he also knows exactly the conditions before he took office, and observed the same. “Within a few short months, the city that's been the safest large city in America for 20 years under me and Bloomberg is now becoming maybe the second or third most dangerous city after Chicago” he told Fox News less than a month after Pataki’s comments.

“I have no doubt I could reduce the emergency,” Giuliani said. “And in about six months I could have the crime declines going in exactly the right direction again. Except you just wouldn't have to pay attention, which I wouldn't, to Black Lives Matter, Al Sharpton and all these racial hucksters.”

Of the police’s relationship with de Blasio he added “They hate him. They despise him. They feel that he's going to turn on them at every opportunity that he gets in order to satisfy Black Lives Matter or some other radical anti-American hate group.”

So close are the parallels to the Dinkins days that even the New York Post’s “Do Something” headline has a parallel. “We Need Someone to Run for Mayor Who Will Save New York” the Post’s headline reads from an article written by the editorial board.

Anyone but de Blasio will do.