The American Prairie, a billionaire-backed company, is buying up land to recreate a three million-acre version of the 1805 Great Plains. 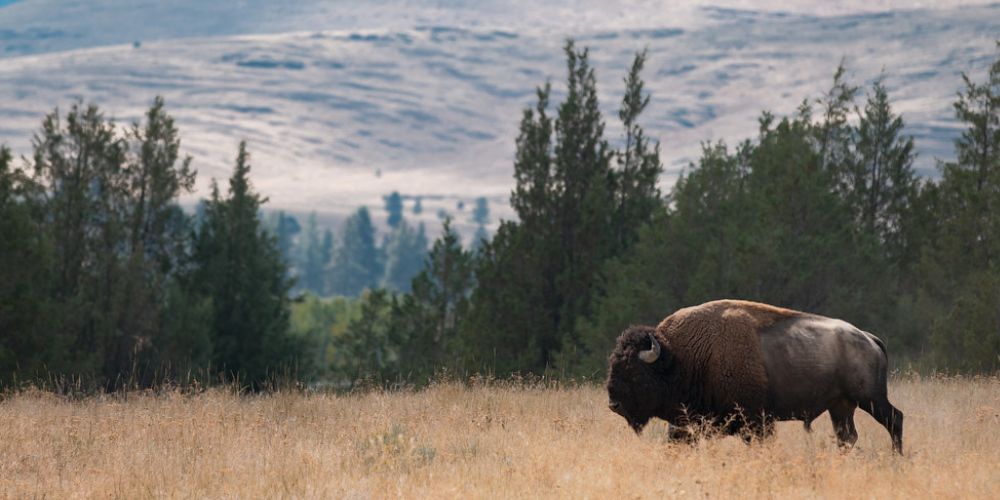 A Montana-based conservation group that's funded by corporate billionaires has discreetly purchased 453,188 acres of land for the purposes of ecologically re-engineering the Great Plains.

According to their website the American Prairie is "creating the largest nature reserve in the contiguous United States" by "stitching together three million acres of existing public lands using private lands purchased" that would create a retro ecosystem.

The Mountain Journal reported in 2019 that American Prairie is buying up private ranches one at a time and then intend to "remove the livestock that roam much of the landscape today and replace them with bison, elk, pronghorn antelope, prairie dogs, and other wildlife that Lewis and Clark saw when they passed through the region in 1805."

In their effort to recreate a three million acre version of 1805 Great Plains, the billionaire-backed company has been accused of encouraging depopulation and the destruction of the American farmer.

Fox News reports that the group has been aggressively expanding since 2004 and most of their 34 purchase transactions in Montana were of land once used for grazing or farming.

American Prairie's website does have a plan if an American wants to one day visit their privately owned preserve.

American Prairie's Vice President and Chief External Relations Officer Pete Geddes told Fox News Digital, "Our mission is to assemble the largest complex of public and private lands devoted to wildlife in the lower 48" that will be "about 25 percent larger than Yellowstone."

Currently, Bill Gates is the single largest farmland owner in the United States. The Chinese CCP own about 100 million acres of land as well, much of it next to military bases. Big money financiers from Wall Street and Silicon Valley have a stake in the American Prairie Foundation. Notable examples are liberal donors and Swiss financier Hansjoerg Wyss, Hewlett-Packard company heiress Susan Packard Orr, and heir to the Mars candy fortune John Mars.

Montana Attorney General Austin Knudsen described American Prairie's operation as "flatly illegal," because "This is federal land that is specifically — by the Taylor Grazing Act, by federal law — set aside for livestock grazing. Bison are not livestock, even under federal law." Knudsen commented on the company's desire to engineer the Great Plains by saying they had a surreptitious plan to create an "American Serengeti" where "liberal coastal elites can come and hang out and look at the pretty animals."