China's purchase of US farmland is a national security concern

A report released from the US-China Economic and Security Review Commission noted the parcel's close proximity to Grand Forks Air Force Base, which sits about 12 miles away. 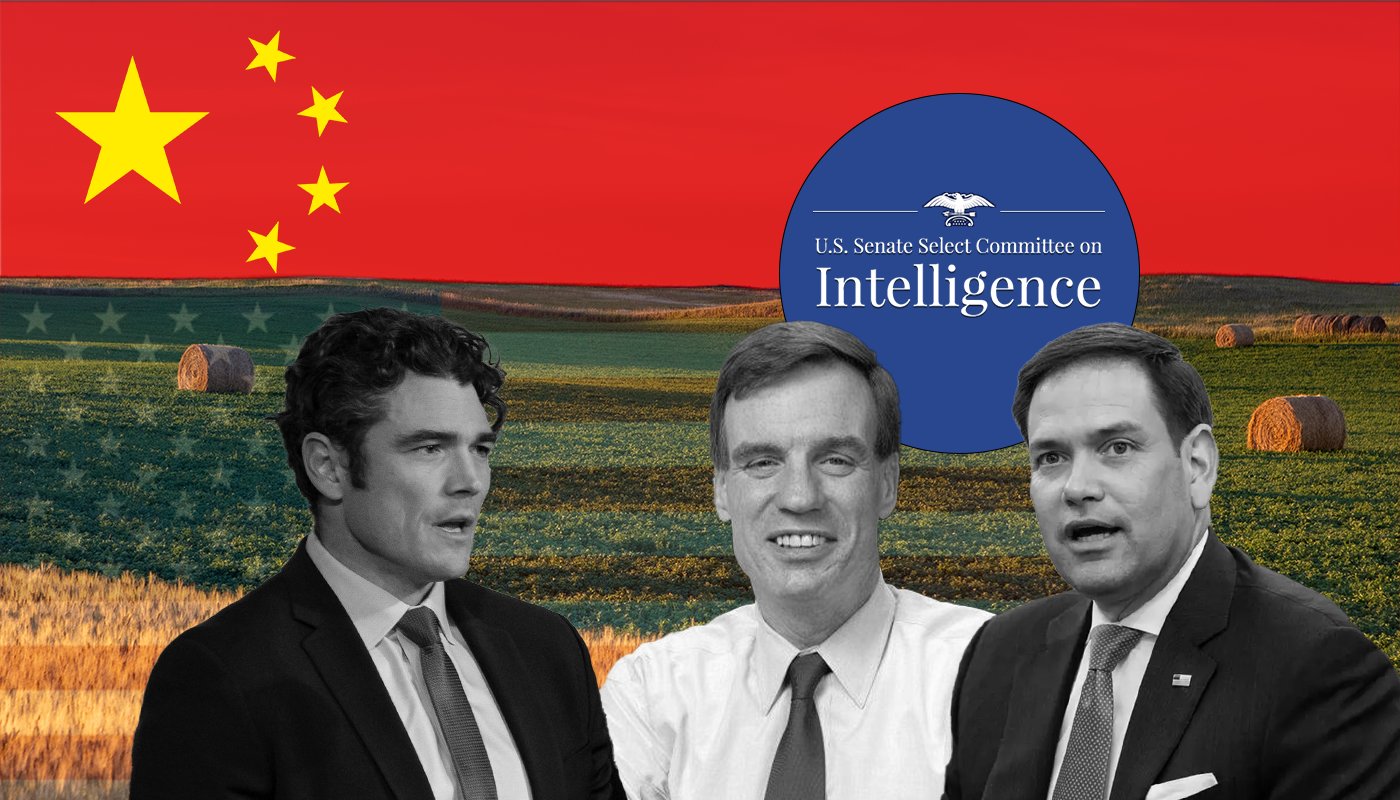 As food prices continue to squeeze the western world and food insecurity looms, the purchase of 370 acres of farmland in North Dakota by Chinese conglomerate, Fufeng Group, raises national security concerns from those on Capitol Hill. A report released in May by the US-China Economic and Security Review Commission examined China's interests in US agriculture and noted the parcel's close proximity to Grand Forks Air Force Base, which sits about 12 miles away.

The USCC states, "the location of the land close to the base is particularly convenient for monitoring air traffic flows in and out of the base, among other security related concerns."

"The Senate Intelligence Committee has been loudly sounding the alarm about the counterintelligence threat posed by the (People's Republic of China)," Warner told CNBC. "We should be seriously concerned about Chinese investment in locations close to sensitive sites, such as military bases around the US."

In April 2021, Rubio co-sponsored legislation that would give the Biden administration power to block foreign land purchases near military installations.

According to the Grand Forks Economic Development Corporation, the proposed plan for the future headquarters of Fufeng USA, will replace North Dakota's fertile farmland with a corn milling facility to produce nutritional extracts for animal feed.

If the question is, where do you draw the line, the answer is, you draw it sharply. Joe Kent, Congressional candidate for WA-3 said in an interview with, The Post Millennial:

"Securing and decentralizing food production must become a national security priority. People on the traditional right argue that the free market should be limitless, and you should be able to buy up massive amounts of things. China uses economic rules to buy up key amounts of farmland and water sources in order to advance the one belt initiative by the Communist Party. They have the money, the capacity, and the motive to control the food supply chain in an economic downturn. Foreign agents know the value of land, and continue to buy it strategically."

The communist party has actively supported investments in foreign agriculture, as part of its, "One Belt One Road" initiative. USDA facts and figures put Chinese interest in farmland purchases at 192k acres at the turn of the century. The land, which includes farming, ranching, and forestry is valued at around $2 billion. By 2019, the USDA says foreign ownership of US acres exceeded 35.2 million acres, a "60 percent increase from the decade prior." Despite a federal law requiring the self-reporting of foreign transactions of agricultural land, lapses in tracking, incomplete data, and transparency issues obscure facts and figures.

At the same time, Chinese conglomerates are buying parcels of land next to military bases, North Dakotans cited concern with a $13.5 million purchase of farmland from Red River Trust, a shell company linked to billionaire Bill Gates, which purchased 2,100 acres of potato farmland near the Canadian border. Gates' ability to win legal approval to buy land has made him one of the largest private owners of farmland in the United States. Gates' ties to the World Economic Forum, and globalist views complicate his domestic interests.

"At a very basic level, we know bad actors are grabbing national resources, using and leveraging them against the American people," says Joe Kent, "this is where the government needs to step in, and take back land owned by the CCP and their proxies. They are a foreign entity and have no right to our land. For people like Gates," Kent adds, "we can use anti-trust laws. Gates is far from the average citizen or even billionaire in terms of how he wields wealth and power."

When it comes to China and strategic realism, John J. Mearsheimer suggests that the logical choice for the United States is to slow China's rise, especially where neoliberalism encourages it. Mearsheimer says, "Beguiled by misguided theories about liberalism's inevitable triumph and the obsolescence of great-power conflict, both Democratic and Republican administrations pursued a policy of engagement, which sought to help China grow richer."

The idea remains that a strategy of denying potential risks advances the rise of a great power competitor. According to CNBC, Grand Forks will move forward with the Fufeng Group in the Spring of 2023, citing the economic benefits of Chinese business. The Mayor says he will move ahead in "good faith" as he waits on the federal government for official objectives of due diligence and caution.