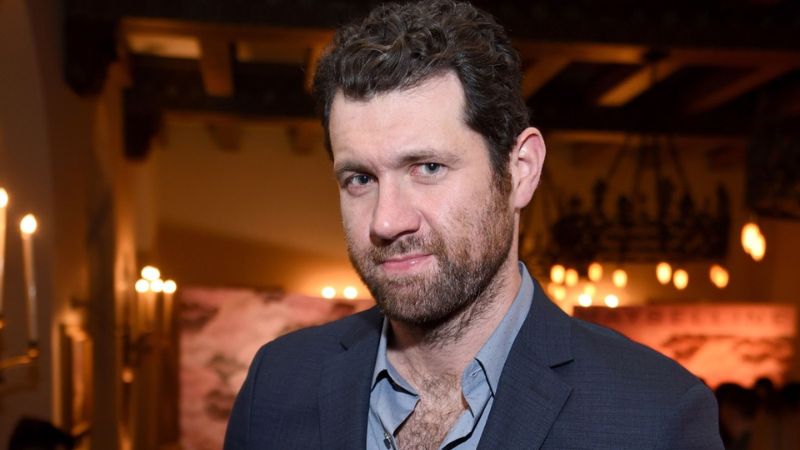 According to Box Office Mojo, Bros made roughly $4.8 million dollars its opening weekend off of a $22 million dollar budget. While Eichner wanted to top the box office, Bros will only bottom out over progressing weeks, despite the actor claiming he attended a sold out weekend screening.

Eichner touted reviews and wrote, "That’s just the world we live in, unfortunately. Even with glowing reviews, great Rotten Tomatoes scores, an A CinemaScore etc, straight people, especially in certain parts of the country, just didn’t show up for Bros. And that’s disappointing but it is what it is."

Not every critic loved Bros, Armond White writing for the National Review called the film "An obnoxious, shallow rom-com, pushing an identity and equity agenda" that wallows in "Hollywood narcissism."

"Bros defends stunt-provocateur Eichner’s singularly hideous personality," White wrote. "Bros sells the only thing Eichner's got to offer: his political identity as a white gay male. It has been the media's excuse for tolerating his unapologetic boorishness as shtick. You may never have heard of Eichner, one of those minor cable-TV aberrations (shows such as Billy on the Street, in which he accosted passersby) who was marketed into Hollywood acceptance as a 'comedian.'"

"Everyone who ISN’T a homophobic weirdo should go see BROS tonight! You will have a blast! And it *is* special and uniquely powerful to see this particular story on a big screen, esp for queer folks who don’t get this opportunity often. I love this movie so much. GO BROS!!!," Eichner wrote, which promoted backlash on Twitter.

One twitter user wrote, "I just don't feel represented in a movie about gay men. And representation is the only important thing about a story, right?"

"So... This is pathetic. As is touting how great your own movie is. Really sad stuff. And that's even before we get into how ridiculous it is to blame homophobic straight people for your movie flopping," wrote another user.

Some did show questionable appreciation, user Jennie Gartner  wrote "My 10 year old has been talking about “Bros” for MONTHS. We live an hour away from a movie theatre (thanks COVID) but he, my husband and I are making plans to see it next weekend. And thank YOU for making this film. According to him, my son’s sexuality is TBD."