"As Democrats and Republicans, we stand united in our commitment to protecting US citizens, diplomats, intelligence officers, and our foreign partners who are currently attempting to flee Afghanistan." 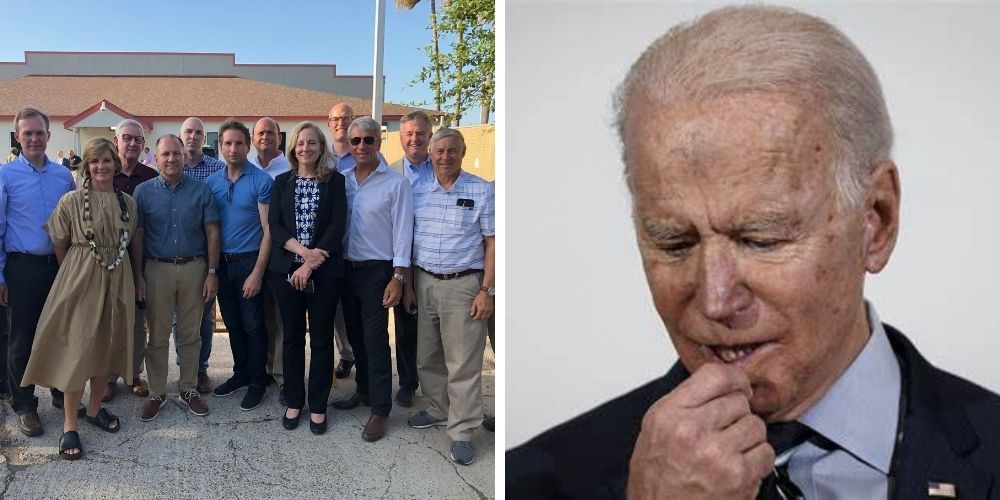 The Problem Solvers Caucus, formed in 2017 as a bipartisan group of representatives equally represented by both Democrats and Republicans tasked with finding common ground on important issues, voted on Wednesday to call on US President Joe Biden to extend the August 31 withdrawal date from Afghanistan as Americans remain stranded in the Taliban-controlled nation.

According to Fox News, 75 percent of caucus members supported the vote.

The statement read, "As Democrats and Republicans, we stand united in our commitment to protecting US citizens, diplomats, intelligence officers, and our foreign partners who are currently attempting to flee Afghanistan. In this time of tremendous danger, politics must be put aside to advance our common goals."

It continues, "From this week's bipartisan Member briefing, it is apparent that the Administration's set date for departure from Afghanistan on August 31st does not provide enough time to evacuate all American citizens and our partners. We respectfully call on the Administration to reconsider its timeline and provide a clear plan to Congress that will result in the completion of our shared national objectives."

Biden has faced criticism from both parties over his unyielding commitment to a self-imposed August 31 deadline. The Taliban have told the administration they will not extend the deadline for withdrawing American troops. Thousands of Americans and allies attempt to make their way to the Kabul airport as the Taliban seeks out and attacks those trying to escape.

US Ambassador to Afghanistan Ryan Crocker called the exit a "self-inflicted wound." He said, "We're going to pay for that for a long time to come, and that's why it is insane – just idiotic – to think that we can tell the Taliban that if they don't stop taking over territory and play nice, the international community will withhold recognition and support."

Reps. Seth Moulton (D-MA) and Peter Meijer (R-MI) made a secret surprise visit to Kabul on Tuesday for an oversight evaluation of evacuation operations.

In a joint statement, the congressmen said, "As veterans, we care deeply about the situation on the ground at Hamid Karzai International Airport. America has a moral obligation to our citizens and loyal allies, and we must make sure that obligation is being kept. Like many veterans, we have spent the last few weeks working without sleep to try to get as many people as we could through the gates and to safety."

The congressmen added that they sat in crew-only seats to not reduce the number of available seats for those escaping or assisting in the evacuation efforts.

According to the Washington Post, they left Afghanistan less than 24 hours after arriving. They only announced the trip after they had departed to "minimize the risk and disruption to the people on the ground, and because we were there to gather information, not to grandstand."

"We came into this visit wanting, like most veterans, to push the president to extend the August 31st deadline. After talking with commanders on the ground and seeing the situation here, it is obvious that because we started the evacuation so late, that no matter what we do, we won’t get everyone out on time, even by September 11."

Moulton tweeted photos of the Kabul airport and said, "Today with @RepMeijer, I visited Kabul airport to conduct oversight on the evacuation," he wrote. "Witnessing our young Marines and soldiers at the gates, navigating a confluence of humanity as raw and visceral as the world has ever seen, was indescribable."

"It’s a reminder of why America’s values—when we live up to them—matter to people all over the world," he added. "I’ve never talked to more public servants, from salty Marines to the most seasoned State Department officials, who came to tears describing their work."

While speaking during the House Democratic Caucus’ Tuesday news conference, Rep. Jason Crow (D-CO) broke with the Biden administration on the August 31 troop withdrawal deadline, saying that the deadline needed to be extended because conditions "have changed." Crow added that America has a "moral obligation" to get American citizens home.

Secretary of State Antony Blinken said Wednesday that he believed less than 1,000 American citizens who remain in Afghanistan attempt to leave. However, the accuracy of those numbers has been questioned by many given the limited airport access and reconciliation of counts between those departed on flights and numbers of Americans still in-country given earlier in the week.