Democrat Senators Joe Manchin (W.VA) and Kyrsten Sinema (AZ) voted with all Senate Republicans in opposing the attempt to change the Senate filibuster, resulting in a 48-52 final vote. 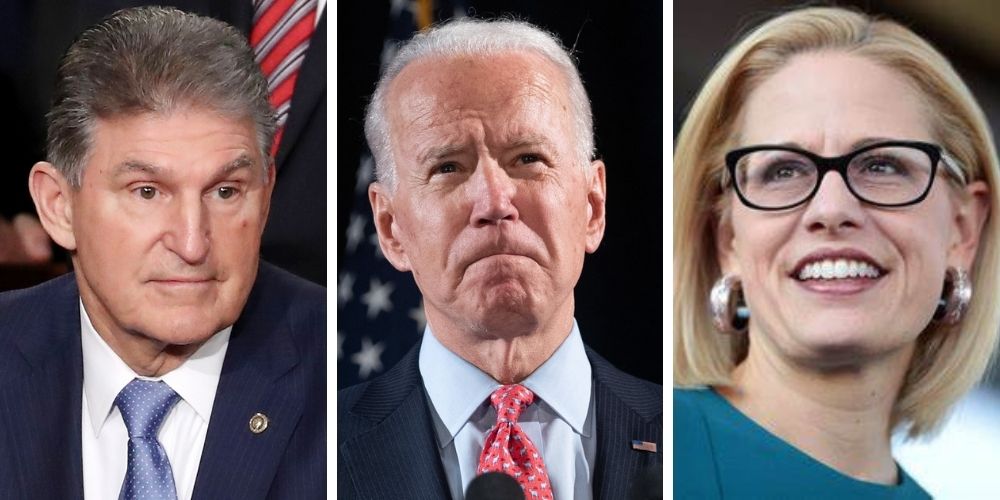 President Joe Biden's agenda suffered a major defeat Wednesday night after a bipartisan majority of Senators shut down Majority Leader Chuck Schumer’s (D-NY) attempt to use the 'nuclear option' and gut the filibuster, in order to pass elections bills.

Biden’s two elections bills failed after the effort to pass them was stymied by Democrat Senators Joe Manchin (W.VA) and Kyrsten Sinema (AZ). The two Democrats voted with all Senate Republicans in opposing the attempt to change the Senate filibuster, resulting in a 48-52 final vote.

That vote followed a failed attempt by Democrats led by Schumer to advance the election bills passed the Senate's 60-vote filibuster threshold.

Schumer’s proposed filibuster change would only have applied to the election bills the Senate was considering Wednesday, but was still using the partisan nuclear option, even though Manchin and Sinema repeatedly said they opposed the method, despite supporting the voting bills.

Last week Sinema said, "These bills help treat the symptoms of the disease, but they do not fully address the disease itself. And while I continue to support these bills, I will not support separate actions that worsen the underlying disease of division affecting our country."

Manchin, said Wednesday, "Allowing one party to exert complete control in the Senate with only a simple majority will only pour fuel on the fire of political whiplash and dysfunction that is tearing this nation apart. Contrary to what some have said, protecting the role of the minority, Democrat or Republican, has protected us from the volatile political swings that we have endured over the last 233 years."