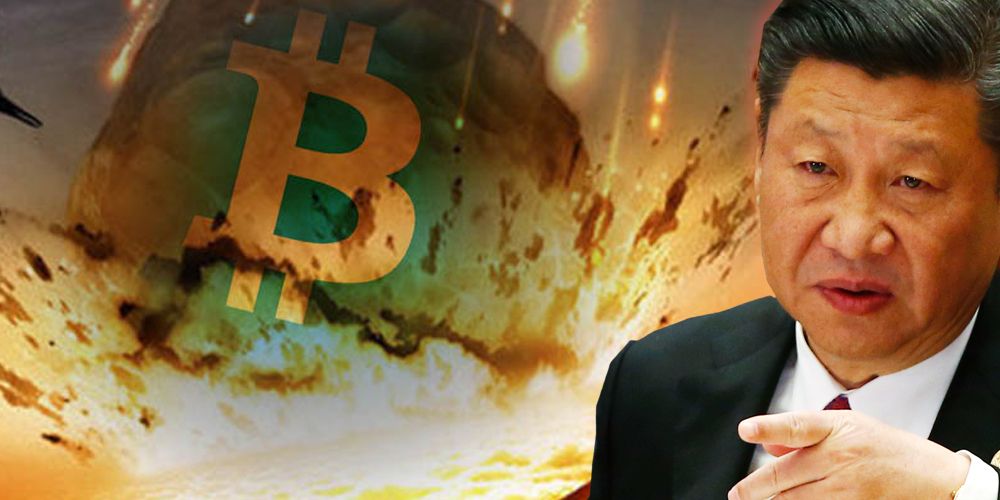 Today the Agricultural Bank of China deleted a statement they posted on their site that reiterated the countywide restrictions on cryptocurrency.

But not before CoinDesk could take notice. The punishments outlined are "termination of customer relationships" as well as being reported to Chinese authorities.

According to the Wall Street Journal, what’s going on now is an uptick in intensity.

“The financial firms were also instructed to go through their systems to investigate and identify customers with accounts at virtual-currency exchanges or that trade cryptocurrencies in the over-the-counter market. In such cases, the institutions have to cut off the accounts’ ability to send or receive money for transactions, the central bank said.”

The value of “other top cryptocurrencies including XRP, cardano and polkadot” also took a hit, as the Chinese government repeated a show of force on display about a month ago.

The predicted response to this is the miners in question will move their resources outside China’s reach.

It’s emphasized by CoinDesk that alongside the Agricultural bank, Alipay and other major banks in the country have fallen in line with the central bank’s demand to discontinue payments to cryptocurrency traders.

The Sichuan province was the latest target by Chinese regulators in demanding shutdowns on crypto mining operations, having issued such an order last Friday. Xinjiang, Inner Mongolia, Qinghai and Yunnan were privy to such things before them. Local governments are obligated to become actively involved in enforcement of these official decrees.