Black employees should get time off after Rittenhouse verdict, says Oregon Dem politician

Gregory McKelvey's reasoning is that, no matter what the verdict, "it's going to be hard for Black people to work and it isn't fair to expect them to." 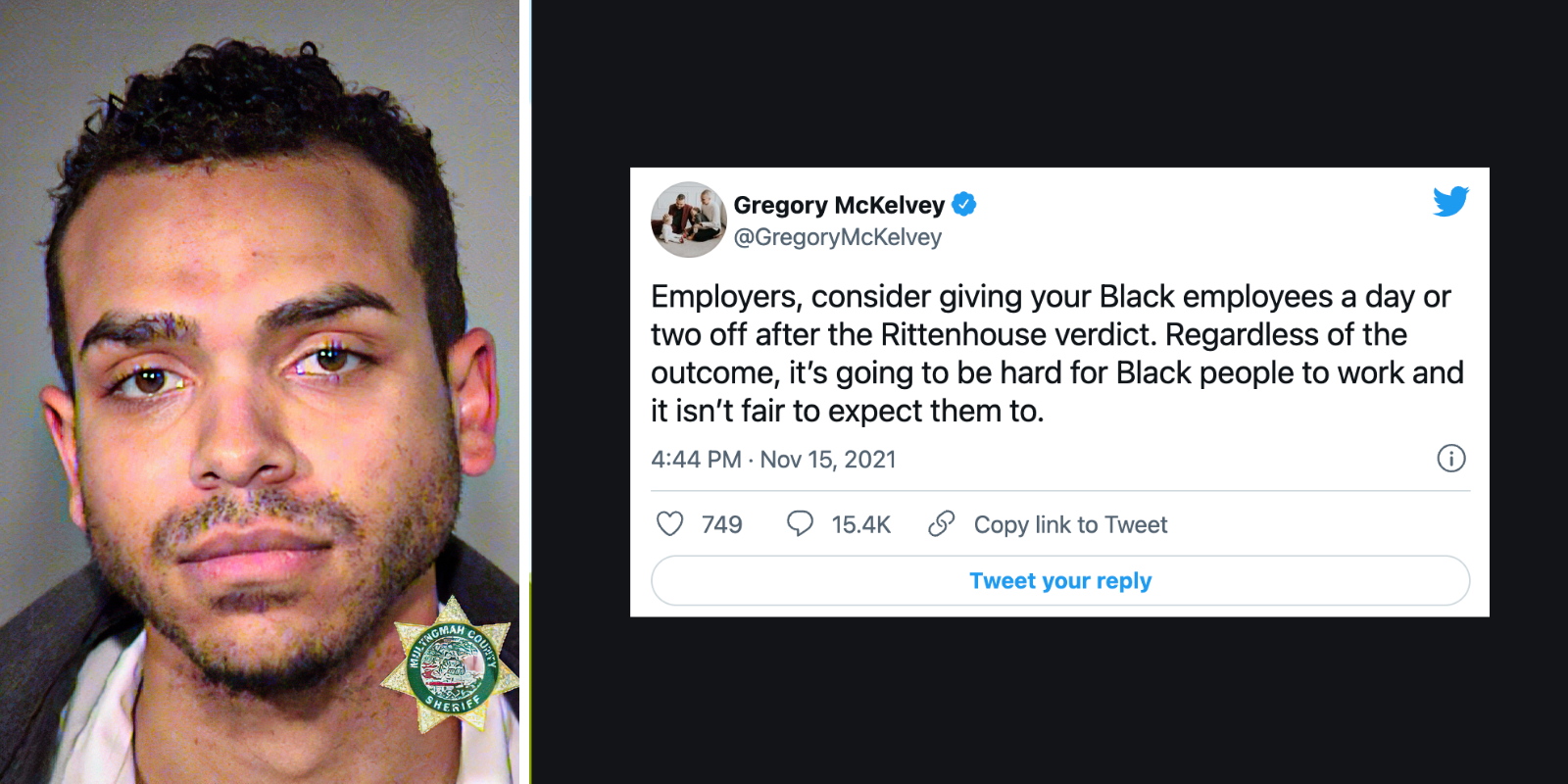 Oregon politician Gregory McKelvey, who is Vice-Chair of the Oregon Democratic Black Caucus, proclaimed that employers should consider giving their "Black employees a day or two off after the Rittenhouse verdict." His reasoning is that, no matter what the verdict, "it's going to be hard for Black people to work and it isn't fair to expect them to."

Kyle Rittenhouse shot three white men, killing two, during riots in Kenosha, Wisc. on August 25, 2020. Rittenhouse has pleaded self-defense on all three counts stemming from those shootings, and one of those who was shot, Gaige Grosskreutz, admitted on the stand that he advanced on Rittenhouse and pointed his own gun at him before the teen fired.

The case has been largely portrayed by leftist elements in the mainstream press as one about race. This perception comes from the fact that the riots began after police shot and paralyzed Jacob Blake seven times while trying to enforce a restraining order against him on August 23 in Kenosha.

The officer who shot Blake, Rusten Sheskey, was cleared of wrongdoing in that case. The restraining order against Blake was due to domestic abuse.

Because media portrayed the events of August 25 as a Black Lives Matter protest where Rittenhouse showed up with a gun, with CNN going so far as to proclaim the riots "fiery but mostly peaceful," many were led to believe that Rittenhouse shot black people. This was entirely untrue.

In fact, rioters in Kenosha set "much of the black business district" on fire as they protested against the shooting of Jacob Blake.

The Harvard Business Review also made the case for giving black employees time off due to social problems, saying in 2021 that "Black employees are exhausted. Over the past year, their cognitive, emotional, and physical resources have been disproportionally depleted due to two deadly and intertwined pandemics: Covid-19 and structural racism."

"Companies can and should look inward to directly address the cumulative depleting effects of systemic racism on Black employees," the Harvard Business Review said, "antiracism efforts are incomplete and may exacerbate racial trauma and fatigue if recovery is absent. We also recognize that, for so many Black employees, recovery can’t wait. Although it may not be possible to fully “heal” from an ongoing trauma, both managers and employees can start creating space for recovery and resilience today."

McKelvey, who co-founded Resistance in Portland, Ore., was jailed after an arrest in September 2011 with a violent incident involving a minor: "strangling and kidnapping an ex-girlfriend while he was an 18-year-old student at Oregon State University," Oregon Live reports.

McKelvey contacted the editor and had the story removed from a Corvallis newspaper. Those records have been expunged. McKelvey claimed that he was trying to intervene in a fight and didn't actually hurt anyone.

When this record was revealed, fellow progressives attempted to hold McKelvey accountable. Teressa Raiford, the founder of Don't Shoot PDX, had worked closely with McKelvey.

"In my opinion," Raiford said, "people need to know who they're working with. We don't hold men accountable, to the detriment of all our safety."