In Philadelphia tonight, the Trump supporters and his haters are be facing off just steps from the birthplace of American democracy. 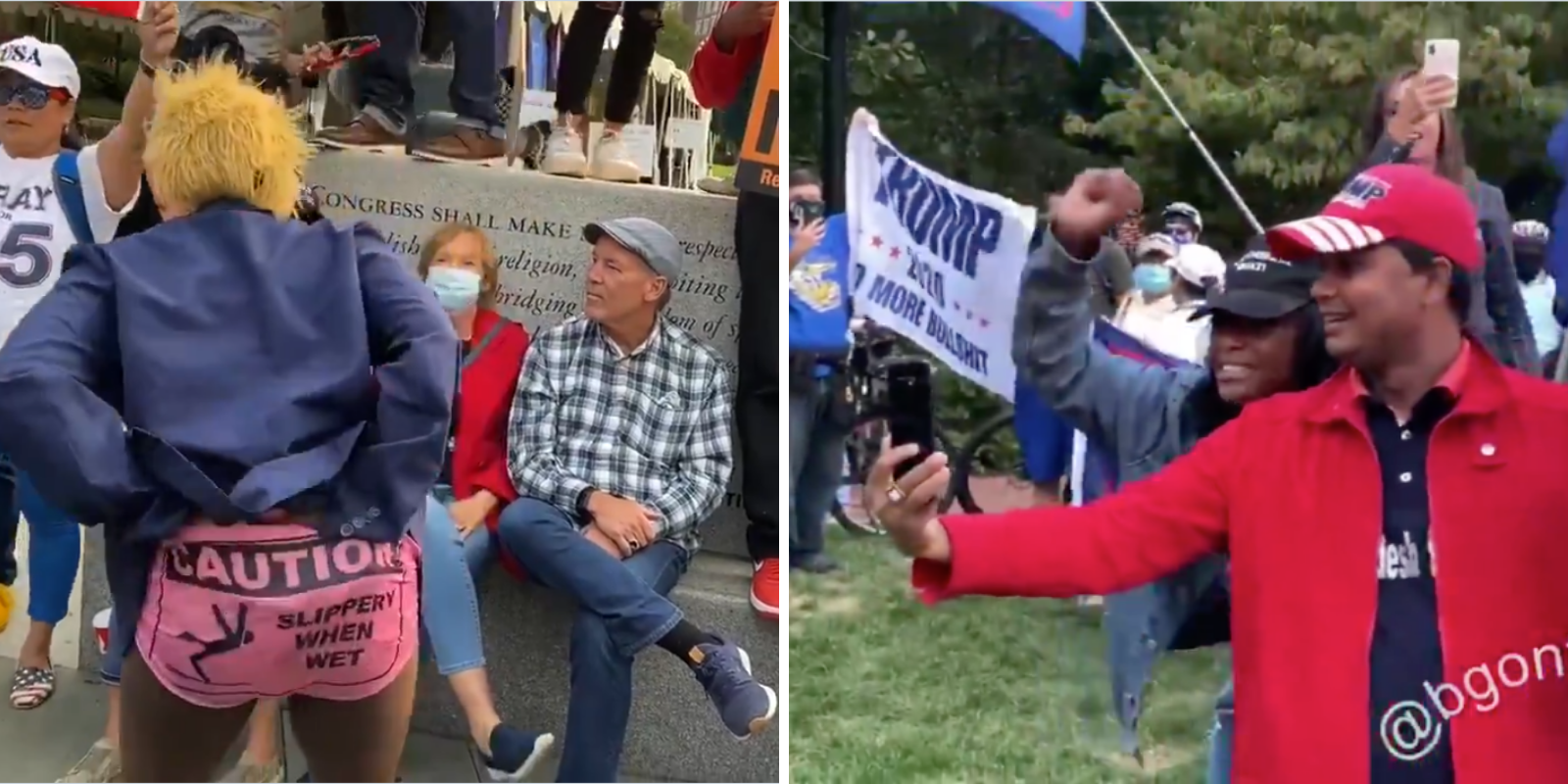 Everywhere President Trump goes on the campaign trail he seems to bring both protest and praise. In Philadelphia tonight, the Trump supporters and his haters are be facing off just steps from the birthplace of American democracy.

On demonstrators called protestors to action, saying that there shouldn't be hundreds taking to the streets to oppose the Trump administration. She said there should be "thousands in the street."

She calls for a nationwide movement that is "part of people getting ready for week after week, day after day protests. This is how we win. We do not win if we sit back and we wait for November.

Independent journalists have been filling in the gaps left by both mainstream media's ideological bias and the departure of local new outlets, and many of those who have been diligently following the civil unrest are both in Philadelphia tonight.

Trump was slated to speak at a Town Hall event at Philadelphia's Constitution Hall this evening, and in the lead up to that event, Refuse Fascism protestors gathered against Trump. But so did a faction of Trump's supporters.

They faced off against one another, separated by police barricades. The Refuse Fascism crowd told the Trump supporters "go home racists."

The Refuse Fascism activists took to the streets.

Some of the protests throughout the day were graphic, such as this one of a woman wiping herself with an American flag while getting in the faces of Trump supporters.

As the night wears on, activists have been blocking traffic.

Demonstrations, riots, and ongoing protests have not abated since they began after the death of George Floyd in police custody on May 25, which was 10 weeks into the coronavirus-inspired lockdown.

Trump supporters have begun coming out into the streets as well as the presidential election is less than three months away.

The president left Philadelphia about about 7:30 p.m.