Because we don't immediately see this organization as being communist-run, we mistranslate their calls for police abolition. 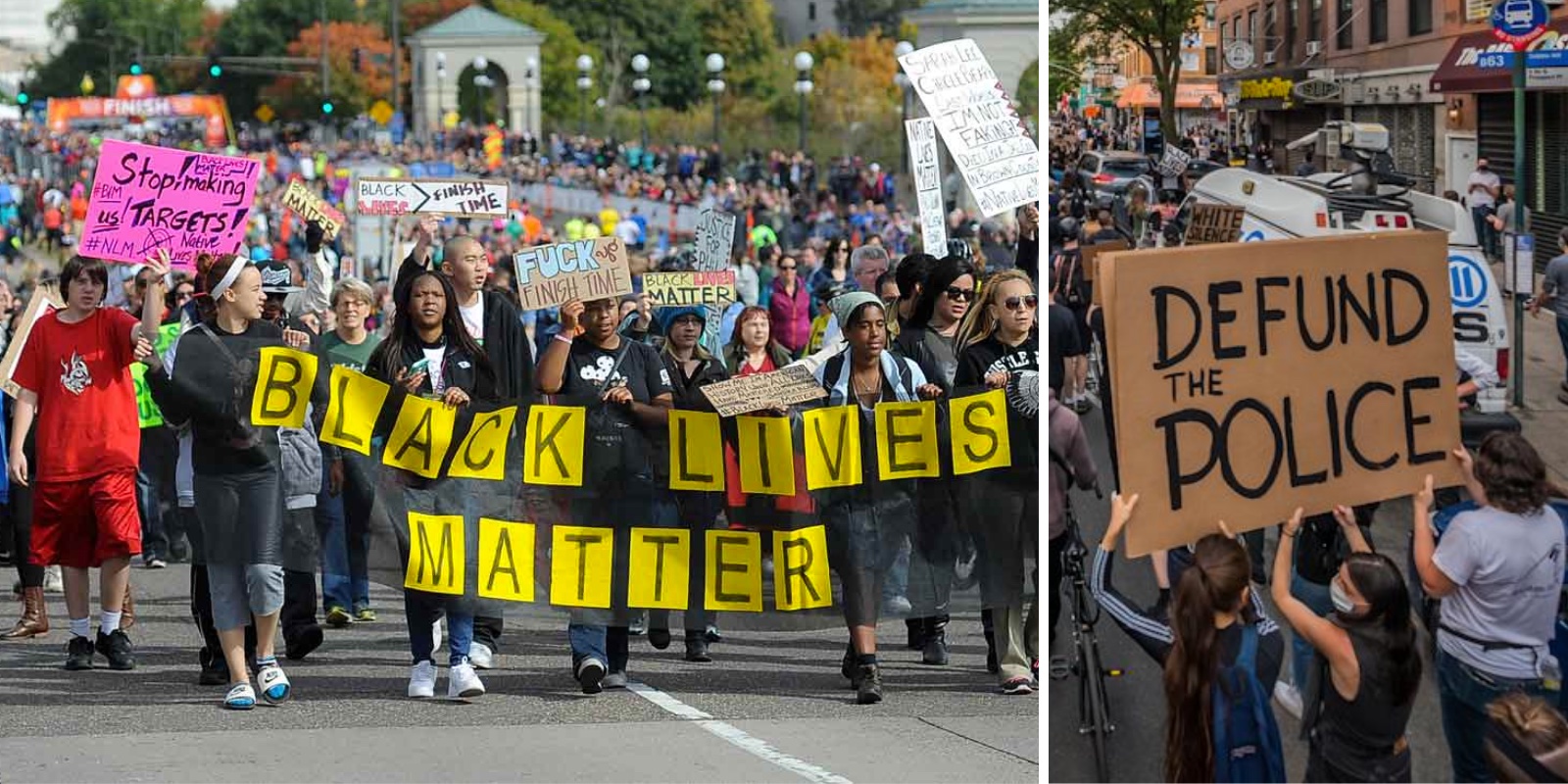 "Hands up, don't shoot." "Pigs in a blanket, fry them like bacon." These are only a couple of phrases that many followers of Black Lives Matter have chanted with disdain in response to the actions of the police. It's understandable for someone on the outside to interpret these verbal lashings as simply being anti-police rhetoric, but it's much deeper than that. Black Lives Matter, with Marxist underpinnings, doesn't want to abolish police, they want to replace current policing models with their own communist state police force.

The name Black Lives Matter has been ingeniously used in a variety of manners to prevent people from examining what their purpose is and the intentions of the founders. The organization has elevated itself as a front-line organization for the sole purpose of advancing black Americans, but what are they trying to advance us towards? When you attempt honest inquiries, they are likely to use their name & race to shield them from criticisms. No one wants to be labeled a bigot, so we've implemented a BLM specific social agreement called "Don't ask, Don't tell."

If we are to look at the co-founder of BLM, Patrisse Cullors, she has stated publicly that she is not only a Marxist, but a trained Marxist. Meaning, she has been under the guidance of other Marxist ideologue mentors like Eric Mann, former member of the Weather Underground.

She is not alone in her ideological framework at the top of the organization and this should be of some concern for anyone with a moderate understanding of 20th century history. Marxists are in full belief that communism is the economic and social model for greater prosperity, but how do you take a capitalist haven like the United States and inch it closer towards this sought-after communist utopia? The answer: you weaponize black American historical suffering.

The foundation of historical black American plight is what always remains at the center of recent conversations regarding policy change. We cannot deny that there have been horrible acts committed against black Americans in the past and we are unable to change the past. Though the past may not be able to be modified, Marxists understand that the past can be conjured into the present to commit social change.

Marxists understand this American baggage that we carry around and it's the perfect vulnerability to leverage change. We can go as far back as Herbert Marcuse and Angela Davis, who both understood that the old Marxist model of using class division in America would not be nearly as effective due to our economic mobility. However, our race division was always ripe for exploitation. Oppressed versus oppressor; black versus white.

Communists have always been among us and, at different points in American history, they've attempted to subvert our way of living since traditional western liberal values are a threat to communism's state-controlled way of living. If you constantly remind yourself that the top of the Black Lives Matter organization is run by communists, everything else begins to make sense.

Because we don't immediately see this organization as being communist-run, we mistranslate their calls for police abolition. Communists do not hate the concept of a police force nor do they actually want complete abolishment of the police. The police have been vital societal enforcements in communist regimes throughout the world, so abolishment is not actually what they want. They simply want the removal of our current police force with the end goal of implementing their own communist state police force.

However, you cannot simply snap your fingers and wish for their replacement. The Marxists of today have chosen a soft war that is propaganda oriented, which riles up the American public to the point of getting enough of them to fight for communist measures without them knowing it.

I have no doubt that the vast majority of men and women who were marching on behalf of Black Lives Matter truly believe that black Americans are in constant danger due to the police but this message is pure propaganda pushed by the media for sensationalism & weaponized by Black Lives Matter to sow distrust among the American public against police officers and to demoralize our police officers nationwide.

When you create enough uncertainty about the state of our current policing, a few possible solutions emerge. Either police officers quit due to complete demoralization or they stay and become retrained in Marxist-style of policing. This has already started and I've personally spoken to police officers about the introduction of implicit bias training and other Marxist originated theories for policing.

In some cases, city politicians may agree to defunding their police departments causing layoffs but when the lack of police presence becomes detrimental to their community, it will trigger a rehiring of new recruits who are freshly versed in this new Marxist style of policing.

We cannot be afraid to call them what they are in fear of being called conspiracy theorists or over reactionaries. We are simply looking beyond the surface of a clever slogan and understanding what their true intentions are. They may be for the advancement of black people, but it matters which direction they are advancing us towards and for what purpose.