The fact of the matter is, despite what leftist activists say, the popular British politician attracted a crowd in the hundreds, this even after a fake RSVP campaign was orchestrated to ruin the night. 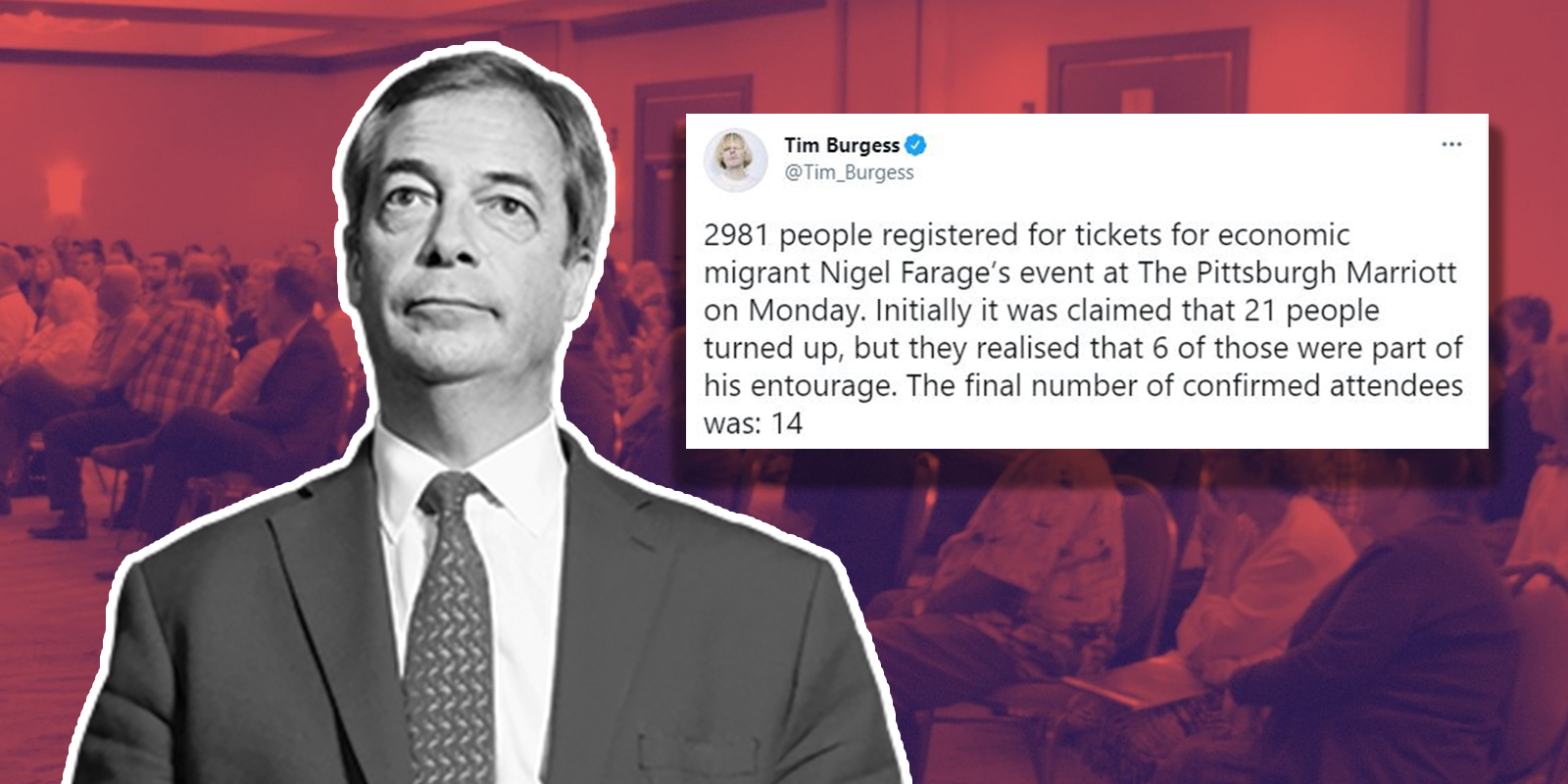 Blue Anon conspiracy theorists were quick to attack Nigel Farage for what they considered a 'small showing' at a recent event in Pennsylvania, saying just 14 people attended the event. The fake news spread far and wide, even making it into headlines overseas.

The fact of the matter is, despite what leftist activists say, the popular British politician attracted a crowd of at least over 100, this even after a fake RSVP campaign was orchestrated to ruin the night.

Nigel Farage called those who orchestrated the RSVP scam and attempted to derail his new speaking tour of the United States "hoaxers". He tweeted that those "who have booked fake tickets to my events in America have overplayed their hand."

RS Archer claimed that a spokesman for the company that booked Farage's speaking tour said they "miscalculated his popularity" adding only 21 people arrived to see Farage speak. Archer however, seemed to ignore photos of the crowd who gathered.

Tim Burgess, singer of the aptly named band "The Charlatans" also pushed the false claims, saying the final number of confirmed attendees was 14, which is disproven by the image of the crowd. How is counting so difficult for a musician?

Farage added that it was "no surprise" that the "cancel culture mob" are attempting to sabotage his 6-week-tour of America which he says "calls for free speech."

Farage continues his "America's Comeback" tour across America with FreedomWorks to "beat socialism". Check out the remaining dates here.