A photo has surfaced clearly showing presidential hopeful Joe Biden with Kenes Rakishev, an oligarch from Kazakhstan and a business connection of Biden's son, Hunter. 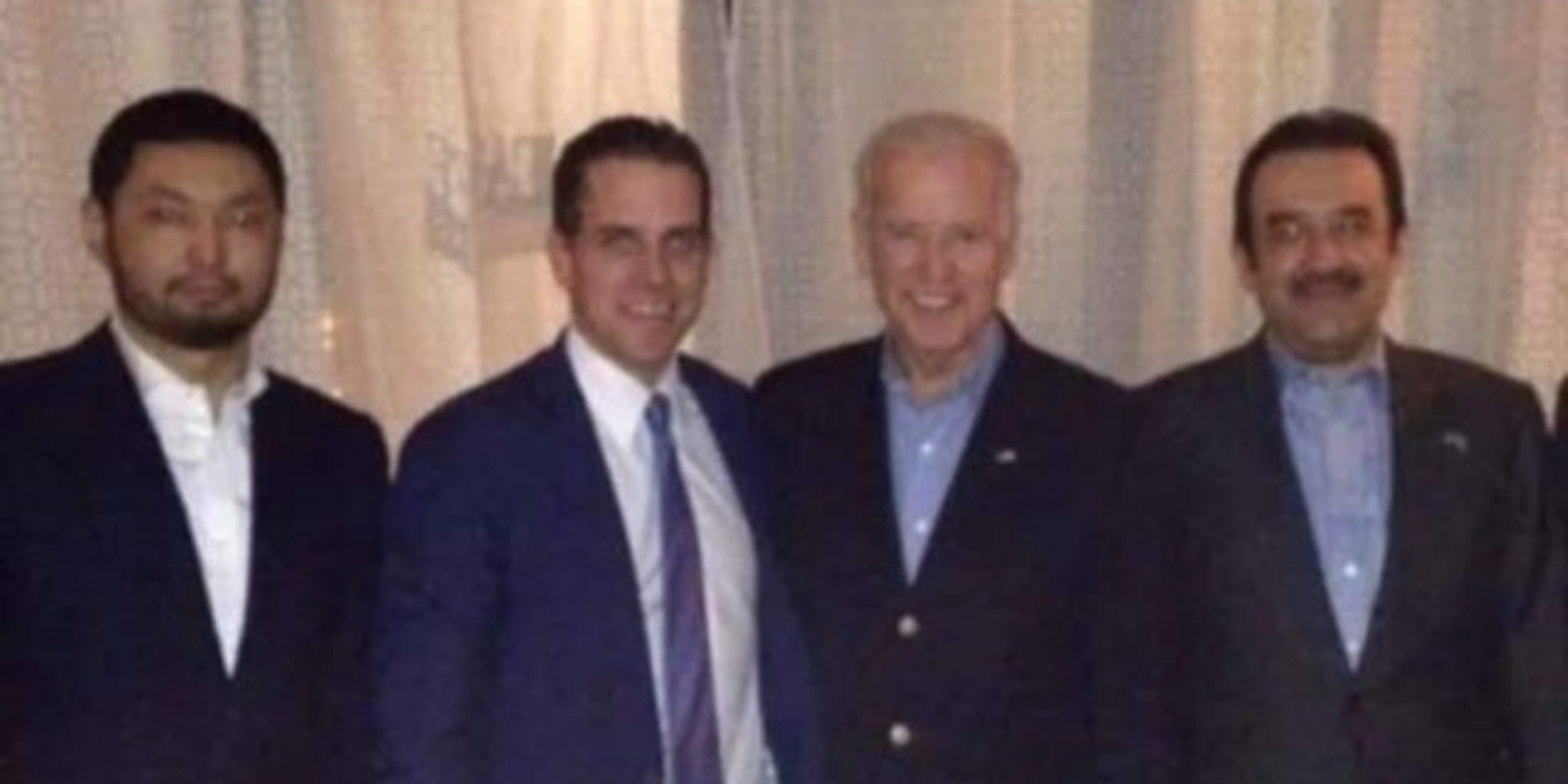 A photo has surfaced clearly showing presidential hopeful Joe Biden with Kenes Rakishev, an oligarch from Kazakhstan and a business connection of Biden's son, Hunter.

The telling photo was first published a year ago on a Kazskhstani website dedicated to working against corruption and money laundering, called the KIAR, or Kazakhstani Initiative on Asset Recovery.

According to Breitbart, the photo shows four men. Rakishev appears on the far left. Joe and Hunter Biden follow along in order from left to right. At the extreme right, there appears former Prime Minister of Kazakhstan, Karim Massmiov.

Joe Biden has previously declared: "I have never discussed, with my son or my brother or with anyone else, anything having to do with their businesses. Period."

The photo appears to have come from a meeting at Cafe Milano restaurant in Washington DC, an iconic dining spot for top US politicians and foreign diplomats. The date of the photo is still unknown as of this writing.

Rakishev claims on his personal website that he's an "international businessman, investor and entrepreneur," who is "regarded as one of the most influential businessmen in Kazakhstan," and has "business interests spanning technology, oil & gas, finance, shipbuilding, and metals & mining industries."

Rakishev has previously come under fire for his close ties to the now disgraced regime of Nursultan Nazarbayev, an ex-president of Kazakhstan.

Suspicion had already existed regarding a sum of $142,300 given to Hunter's business partner, Devon Archer. The funds were purportedly for Archer to purchase a car for Rakishev, but no evidence of the car purchase has been evidenced.