"It is now clear that we were wrong, and for that I apologize," says Premier Kenney on his previous opposition to the proof of vaccination system. 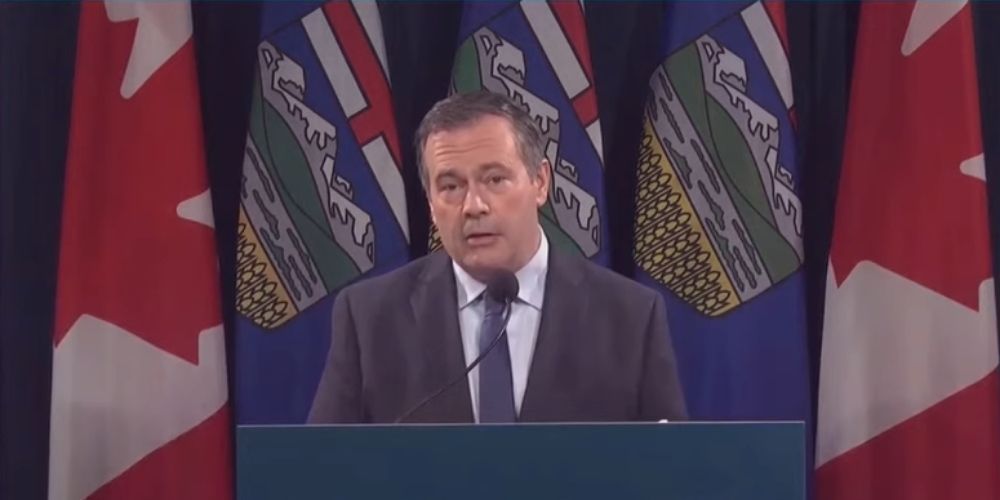 The Province of Alberta has declared a "state of public health emergency" and will be implementing a vaccine passport system. This is a departure from Premier Jason Kenney's unambiguous opposition to the proof of vaccination system.

"It is now clear that we were wrong, and for that, I apologize," said Premier Kenney Wednesday. This news comes as the province predicts it will run out of ICU beds in 10 days. "This is a crisis of the unvaccinated," Kenney says, as 90 percent of ICU COVID patients are unvaccinated.

Noting he does not wish to "stigmatize society," Kenney nonetheless said, "It has now become clear that to save lives and prevent business closures, we must go further to encourage vaccination."

Kenney added that he "reluctantly" decided to impose a vaccine passport for "higher risk" activities, with a testing alternative available.

Alberta Health Minister Tyler Shandro also spoke at the press conference, stating effective 12:01 am tonight, a physical distancing requirement is being added to the current mandate. Indoor gatherings for vaccinated individuals are limited to two households to a 10-person max. For unvaccinated people, the indoor gathering will be illegal starting tonight.

Kenney was previously criticized for making Alberta the "Florida of Canada." Restrictions have been light for the province, but now Alberta is seemingly swinging into an aggressive lockdown. Indoor dining will also be illegal, except outdoor patio's and a work from home order will be imposed on September 20.

Masks will also be mandatory in all schools, and churches will be reduced to one-third of normal capacity.