In a preview of an exclusive interview with George Stephanopolous, actor Alec Baldwin says he "didn't pull the trigger" in the shooting that killed cinematographer Halyna Hutchins. 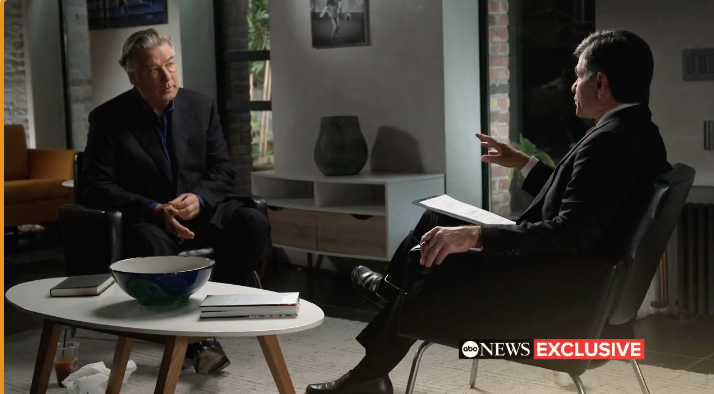 In a preview of an exclusive interview with George Stephanopolous, actor Alec Baldwin says he "didn't pull the trigger" in the shooting that killed cinematographer Halyna Hutchins on the film set of Rust in October.

In the interview, Stephanopolous asked "You haven't said much in public since that tragic accident? Why speak out now? I think the big question and the one you must have asked yourself 1000 times, how could this happen? You've described it as a one 2 trillion shot, and the gun was in your hand. How do you come to terms with that? It wasn't in the script for the trigger pull."

"So you never pulled the trigger?" Stephanopolous asked.

"No, no," Baldwin said. "I would never point a gun and pull that trigger at them. Never."

"What did you think? How did a real bullet get on the set?" Stephanopolous asked.

"I have no idea. Someone put a live bullet in a gun. A bullet that wasn't even supposed to be on the property," Baldwin said.

Stephanopolous brought up the comments of other actors, such as George Clooney, who said that they always check a gun when it's handed to them on set.

The shooting occurred on October 21 in New Mexico. Alec Baldwin fired the prop gun on the set of Rust. That shot killed Halyna Hutchins, who left behind a husband and young son, and injuring the directory of photography.