A shooting in Denver on Saturday afternoon at a “BLM-Antifa Soup Drive” has left a conservative demonstrator dead, whom police say was shot and killed by a security guard hired by NBC News affiliate 9NEWS. 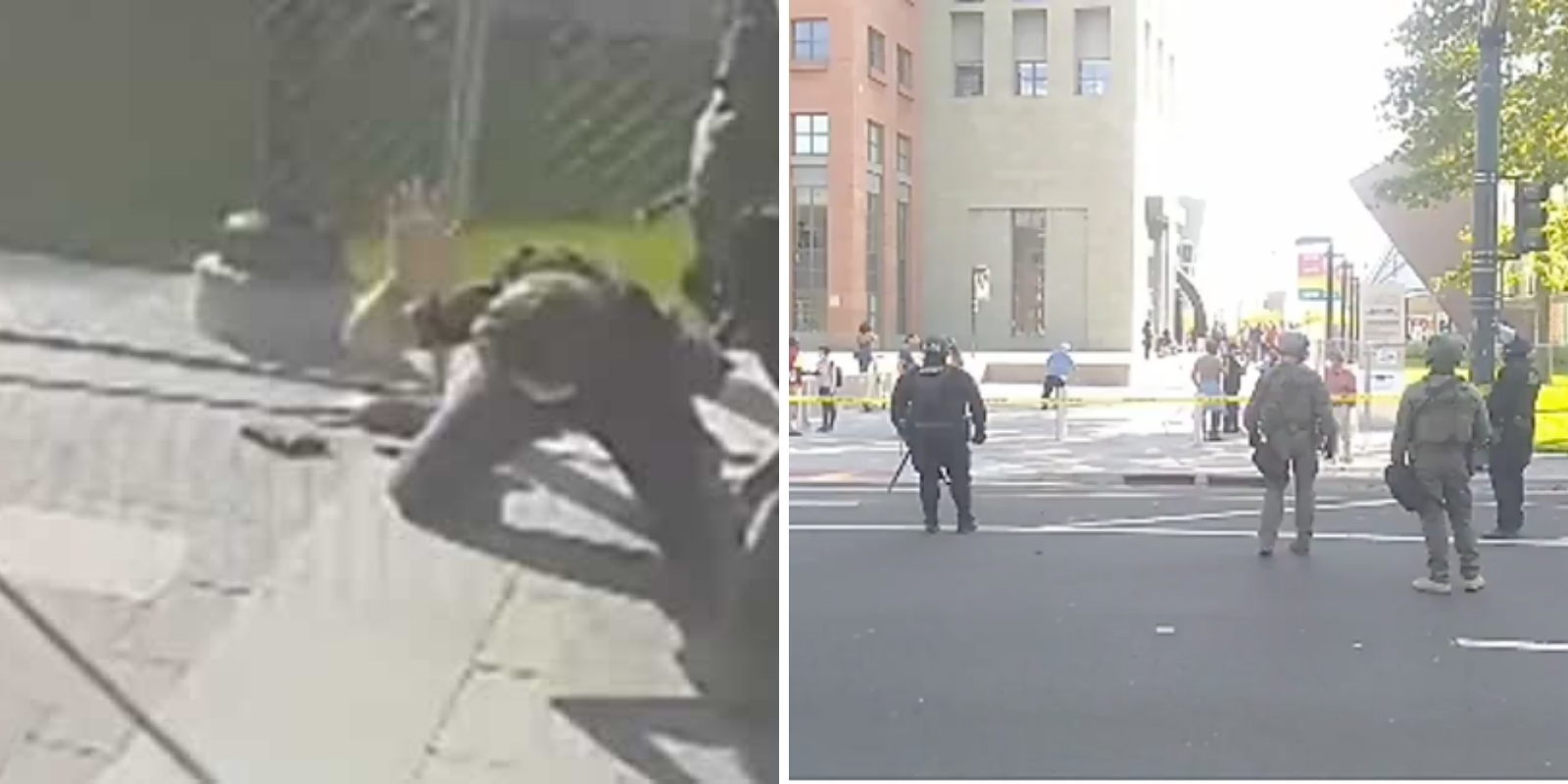 A shooting in Denver on Saturday afternoon at a “BLM-Antifa Soup Drive” has left a conservative demonstrator dead, whom police say was shot and killed by a security guard hired by NBC News affiliate 9NEWS.

The shooting, which was caught on multiple livestreams and shared on social media, involved a man participating in what was billed as a “Patriot Rally” of conservative Trump supporters. The rally was organized by John Tiegen, a right-wing social media figure. Conservatives carried banners that mocked communism and chanted slogans in support of the police.

The Denver Post initially reported that the right-wing protester allegedly sprayed mace at a Black Lives Matter supporter, who retaliated by fatally shooting him with a handgun. The police arrested two men almost immediately after the shooting occurred, in scenes captured on livestream.

Shortly after, the Denver Police provided a briefing, indicating that they have not determined any affiliation for the suspect.

Footage of the incident appears to back up the initial report.

Police say that they are now working on a homicide investigation following the killing.

According to someone claiming to be a witness to the event on Reddit who was “front row to this shooting,” two men were arguing and pushing. The purported witness claims that he thought the police would step in but made no movement to break up the argument.

“One person was telling the other, ‘Go ahead, mace me bro. Mace me! What are you gonna do? Why don’t you mace me?!’ More pushing. A burst of orange mace erupts and the BANG one single shot,” he wrote. “The larger man fell backwards and the shooter held his hands and gun (still in hands) up in the air. Police rush in, arrest the shooter and surround the body on the ground. They then clear everyone out and that’s when I left.”

According to Denver Post, the two groups faced off in competing rallies around the Civic Center. As the rallies grew, members from the two groups confronted each other with shouts while police stood by. A left-wing protestor burned a Thin Blue Line flag in front of officers to taunt them.

One hour into the dueling protests, police were forced to deploy pepperballs at Antifa militants who became increasingly belligerent, as Antifa militants and Black Lives Matter supporters headed into the amphitheater area, where right-wing protestors were gathered. The left-wing group then attempted to tear down the barrier dividing the two groups, prompting police to deploy less-lethal weapons at the left-wing belligerents.

Denver Police later tweeted that they determined that the suspect is a "private security guard with no affiliation with Antifa," but speculation remains about the shooter's motives.