BREAKING: Americans in 'hostage situation' with Taliban, stuck on planes for days

"This is really turning into a hostage situation, where they're not gonna allow American citizens to leave until they get full recognition [as an official government] by the USA." 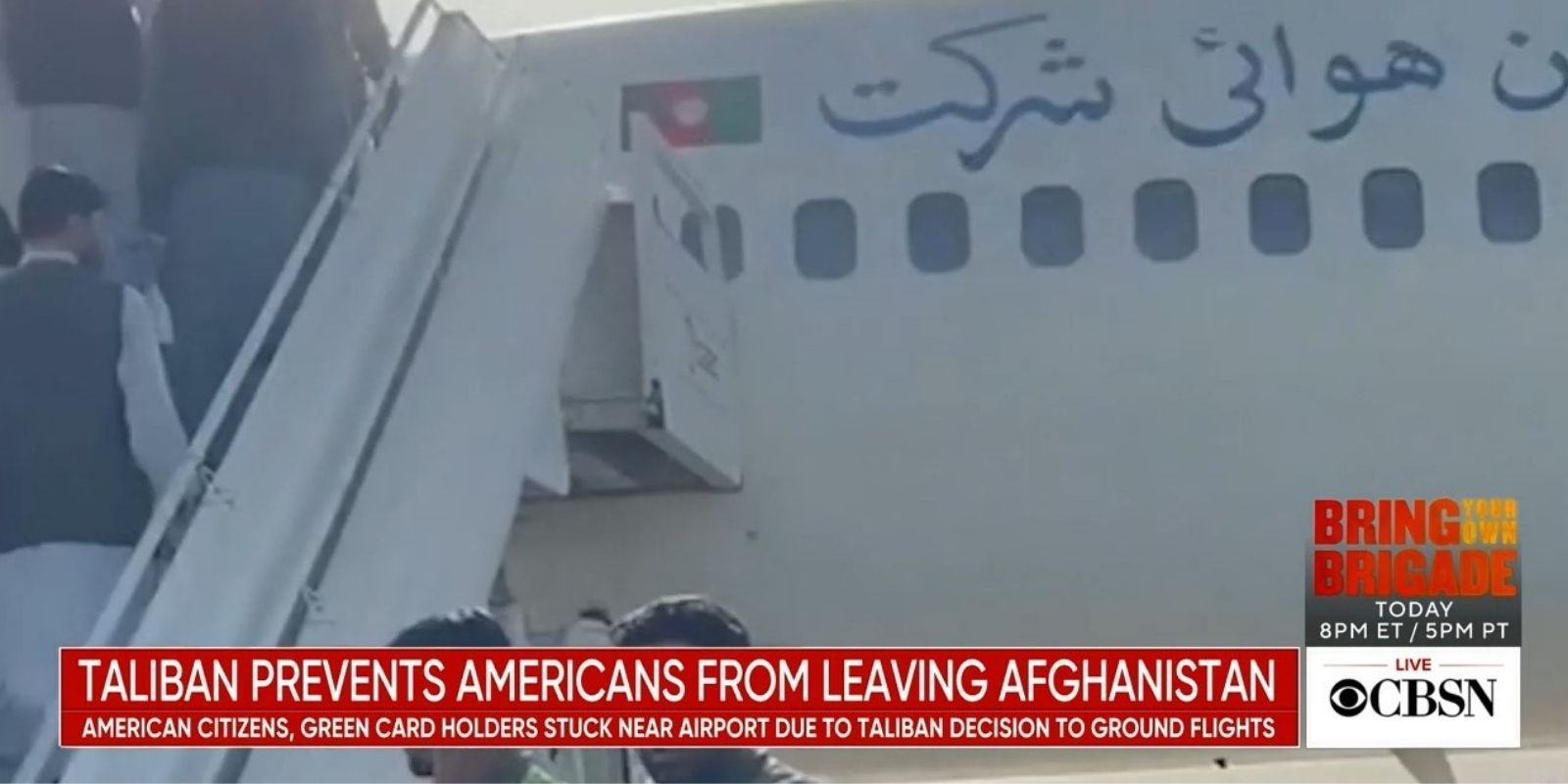 Six airplanes full of American citizens and Afghan refugees are reportedly being blocked from takeoff by the Taliban, in what has been referred to as a "hostage" situation. CBS News confirmed the news reported early Sunday morning by Fox News that Taliban is blocking planes holding Americans and green card holders.

As of Sunday morning, the planes have still not been cleared to take off, and there is no word on which the situation may change. According to the video released by CBS News, the US officials stationed in Doha, Qatar, have been negotiating with Taliban officials, but so far no deal has been made.

A State Department email viewed by CBS News said that the flights out of Afghanistan have permission to land in Qatar "if and when the Taliban agrees to takeoff." A senior congressional source told CBS News that the Taliban is "basically holding them hostage to get more out of the Americans."

"The group Ascend, an NGO that teaches young women leadership through athletics, told CBS News they have two planes that have been waiting for six days ready to take between 600 and 1200 people — including 19 American citizens and two permanent residents," the CBS News report added. "The planes are not currently loaded. The passengers are being held nearby, because the Taliban won't let them into the airport, according to a senior congressional source."

Rep. Michael McCaul (R-TX) went on Fox News to state Sunday that the Taliban are going to want something in return for letting the flights leave Afghanistan.

"They are not clearing the airplanes to depart. They've sat at the airport for the last couple days, these planes, and they're not allowed to leave," McCaul said.

"We know the reason why is because the Taliban wants something in exchange. This is really turning into a hostage situation, where they're not gonna allow American citizens to leave until they get full recognition [as an official government] by the USA," the Republican lawmaker said.