Rep Alexandria Ocasio-Cortez called for an investigation into nursing home deaths in New York. This after a press conference on Friday in which the governor offered his regrets. 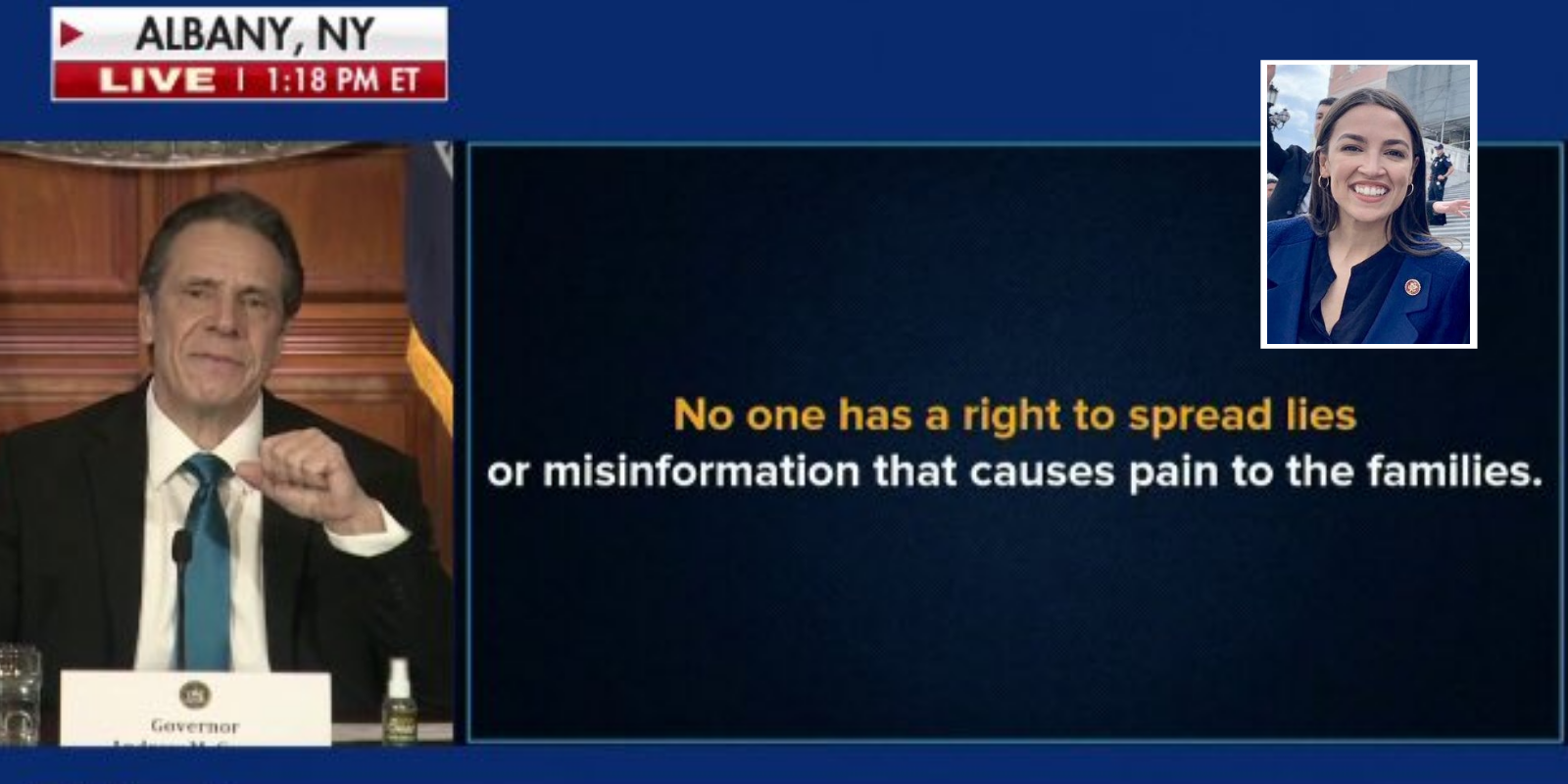 Representative Alexandria Ocasio-Cortez (D-NY) has called for an investigation into the nursing home deaths in her home state under the administration of Governor Andrew Cuomo. This after a press conference on Friday in which the governor offered his regrets.

Cuomo said that the Department of Justice's request under the Trump administration for nursing home deaths in New York was asked only of Democratic governors. It was asked for on the same day, he said, claiming that he suspected a political angle to the ask.

He said that while the New York state legislature was annoyed that his administration halted their request for information into the nursing home deaths in August, he had an obligation to prioritize the DOJ's request.

Ocasio-Cortez said in a statement "I support our state’s return to co-equal governance and stand with our local officials calling for a full investigation of the Cuomo administration’s handling of nursing homes during COVID-19."

"All the information that the state pout out about the deaths... from day one... total deaths... the same number," he said, dismissing the findings from State Attorney General Letitia James' office that the total number of deaths among nursing home residents was undercounted.

"This information of total deaths was provided always," Cuomo said.

It seemed to make no difference to Cuomo where the deaths were, or if they were preventable, which has been the assertion of many of his critics. "It is a lie to say any numbers were inaccurate, that is a lie. Total deaths were always reported to nursing homes and hospitals."

Bipartisan critics of the governor, from those in the New York State Assembly, such as Assemblyman Ron Kim, as well as Democratic and Republican lawmakers across the state, have stated that it was Cuomo's policy of returning COVID-positive patients to nursing homes after hospitalizations for the illness that caused an increase in nursing home deaths.

Cuomo believes that this is disinformation. He said that "We have to put the politics aside and move forward and have a more constructive dialogue... but i'm not going to allow people to lie to the people of New York without answering them... because I'm not going to allow the grief to be aggravated."

It was in May that Cuomo reversed the March 25 directive to return COVID-positive seniors to their long-term care homes after having been hospitalized for the illness.

Cuomo has come under fire since state Attorney General Letitia James released the findings of her investigation, showing that the Cuomo administration undercounted deaths in nursing homes by up to 50 percent.

After the report was released, a Cuomo top aide came forward to say that they were instructed to cover-up the number of deaths in nursing homes so as to avoid coming under political scrutiny and critique.

A New York State Assemblyman from Queens, Ron Kim, has been sounding the alarm about nursing home deaths since April, early in the pandemic. He was vocal about Cuomo's failures, and alleged that Cuomo called and threatened him to be silent.