As the report was released, The New York Times opined that "You really shouldn't care about a president's first 100 days." 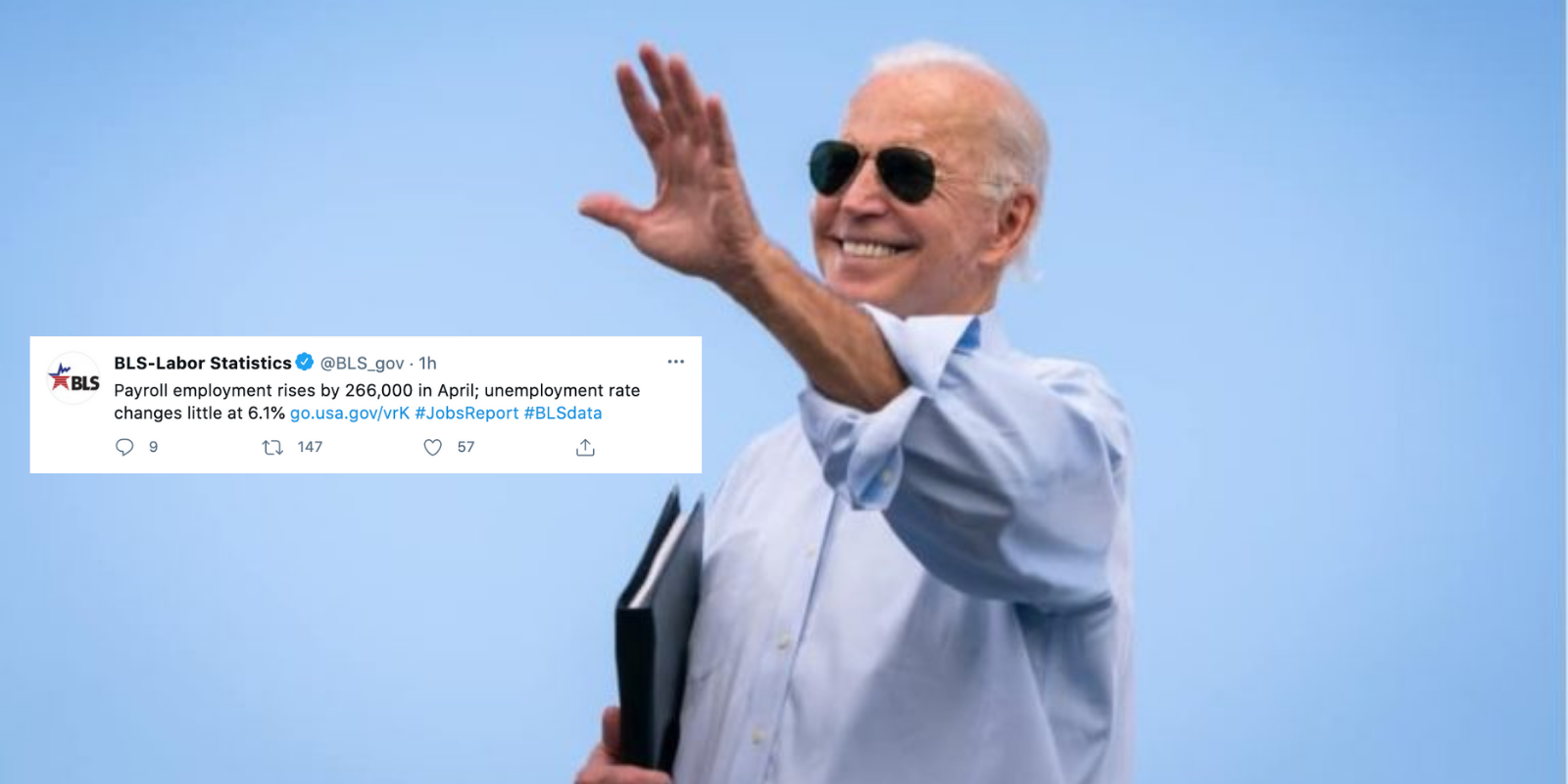 The April job report is in, and the numbers of new hires gained is far below what the administration were hoping for.  April added 266,000 to nonfarm payrolls, according to Reuters. The administration was looking for more than 700,000.

The administration was looking to gain 2 million jobs during the first 100 days in office, and this report demolishes those hopes.

CNN called it "a giant miss" for Biden. Reuters economists had "forecast payrolls advancing by 978,000 jobs."

The administration has made gains in the first quarter, but that's after a pandemic year that saw more than 22 millions jobs lost over the span of just two months, where unemployment reached "the highest level since the Great Depression of the 1930s in April last year."

Fox Business and CNN were in agreement. "We've got a big miss on this report," Fox reported. "A big miss to tell you about here."

As the economy pushes to reopen, many employers are struggling to find workers. This has led Governor Ron DeSantis of Florida and South Carolina's Governor Henry McMaster to pull back on unemployment benefits to urge people to go find work and contribute to the economy.

As the report was released, The New York Times opined that "You really shouldn't care about a president's first 100 days."

Instead, Greg Weiner writes, "The 100 days are in many ways a contrivance of pundits. They create opportunities for commentary and reporting. That is harmless as far as it goes. The dash to the 100-day finish line becomes more problematic when politicians act as if it actually mattered, as they now universally do."