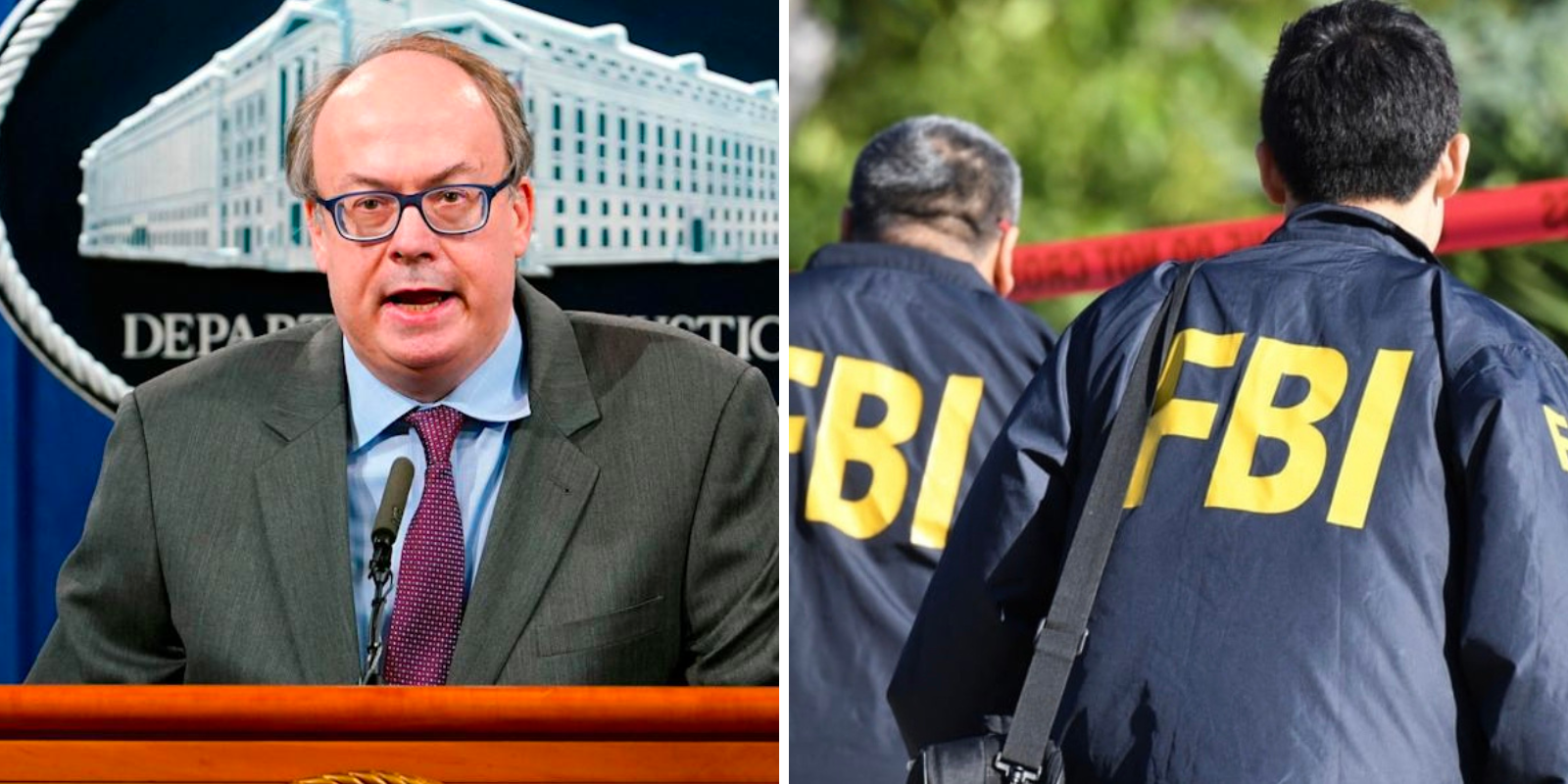 The latest search warrant executed by the FBI against a Trump official, stemming from unknown probable cause having to do with the 2020 presidential election, was meted out today to Jeffrey Clark in Virginia. "It remained unclear exactly what the investigators may have been looking for," The New York Times reports.

Sources close to the investigation exclusively tell The Post Millennial that the raid is part of the Biden DOJ’s probe into the "alternate electors" slated by multiple states in the aftermath of the 2020 election. According to the sources, the investigation is being run by US Attorneys out of Main Justice in Washington, DC, and a grand jury has been empaneled.

Clark is one of a growing list of Trump supporters who have been either subpoenaed by the Department of Justice in recent days, or actively targeted with search warrants by the FBI. Just what information is being sought, or what the warrants are intended to find, is unclear. Clark has started a fundraiser for legal fees.

It has been reported that the DOJ has undertaken a grand jury investigation into GOP electors, per the Washington Post. There are concerns that alternate electors for Trump intended to subvert the 2020 presidential election, and that perhaps they are related to the Capitol riot on January 6, 2021, when the vote to certify Joe Biden for president was temporarily disrupted.

Those alternate electors were convened to act in the event that either legal challenges to contested election results or recounts found results in Trump's favor in the wake of the 2020 election.

In a deposition, RNC Chair Ronna McDaniel stated that she had spoken to Donald Trump about the need to make sure that alternate electors were in place should the results of recounts in battleground states lead to a win for his campaign. Trump and his team pursued every avenue to ensure that the results of the election were accurate.

On Wednesday, FBI agents served a search warrant for the GOP chairman in Nevada, Michael McDonald, for having created an unofficial slate of electors as the recount in that state continued, contested, after the 2020 presidential election. A search warrant was also issued for James DeGraffenreid, GOP party secretary for Nevada.

The subpoenas were issued by the FBI in January 2022, and read "… We are seeking information about your role and participation in the purported slate of electors casting votes for Donald Trump and, to the extent relevant, your role in the events of January 6, 2021." It is unclear from that statement what laws were allegedly broken.

A GOP official in Georgia, Brad Carver, was subpoenaed, along with Thomas Lane, a Trump campaign official who served in Arizona and New Mexico. David Shafer, Georgia GOP chair, and Shawn Flynn, of Michigan, were also served subpoenas, according to The New York Times. However, in the Michigan subpoenas, it was "not immediately clear whether that activity was related to a federal probe or a state-level criminal inquiry," according to the Washington Post.

Biden's Department of Justice is calling the activity of creating an unofficial slate of electors that would have voted for Trump should the state's vote tallies have resulted in a Trump win, a "fake elector plan." These alternate electors were enlisted in the event that they were needed.

After the 2020 general presidential election, GOP electors in Nevada created an alternate slate of electors which would cast the state's votes for Donald Trump, should a recount show that he was the winner of the race. Nevada GOP's six electors signed their intention to vote for Trump in the Electoral College, should the need arise and they were to be the state's certified electors.

It was in December 2020 that GOP electors sent their ballots for Trump, saying that "We, the undersigned, being the duly elected and qualified electors for president and vice president of the United States of America from the State of Nevada, do hereby certify six electoral votes for Trump." They sent these as the deadline loomed, and the votes were still being counted and contested.

This process is not without precedent. In 1960, as a recount embroiled the state, Hawaii ended up with two slates of electors in the presidential election between Richard Nixon and John F. Kennedy. While initial indicators saw Nixon taking the state, and its three electoral votes, a recount ordered showed Kennedy taking the lead.

As a result, both the officially certified Republican electors, and an "unofficial" slate of Democrat electors cast competing votes for president. Certificates for both contenders were sent to the Administrator of General Services. When the recount finished, nearly 10 days past the deadline to send certificates on behalf of the state, the Democrat electors were appointed as the presidential electors for Hawaii, and a new certification was rushed to the Administrator of General Services.