The Microsoft legal documents show that between November 2020 and April 2021, the Department of Justice went to six magistrates to obtain a series of secret warrants, orders, and a subpoena. 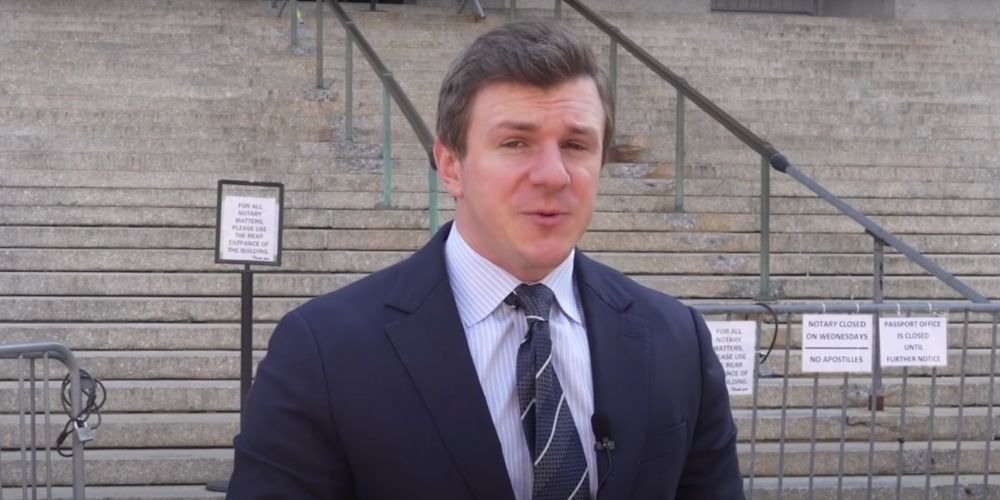 On Tuesday, a new video from Project Veritas revealed legal documents obtained from the Microsoft Corporation showing that the Department of Justice had been spying on Project Veritas journalists leading up to the November raids of the journalists’ homes.

"Project Veritas has just obtained documents showing the SDNY [Southern District of New York] was spying on Project Veritas journalists well before the FBI raided the homes of our journalists last November, secretly reading our emails, concealing that from a court in our case against the SDNY," Project Veritas founder James O’Keefe said in a video released on Tuesday.

"This is a fundamental intolerable abridgement of the First Amendment by the Department of Justice," he added.

In November of 2021, the FBI raided the homes of Project Veritas journalists, including O’Keefe himself, and seized 47 electronic devices in connection to Ashley Biden’s diary, which they said they did not publish, and instead turned over to authorities.

"Within five days, US District Court Judge Analisa Torres ordered the Southern District of New York to pause its review of my devices," said O’Keefe, who added that within a month, she ordered the SDNY to turn over the seized materials to a "special master who had supervised the SDNY’s review to protect our First Amendment and journalistic privileges."

The Microsoft legal documents revealed though that between November 2020 and April 2021, the Department of Justice went to six magistrates to obtain a series of secret warrants, orders, and a subpoena to "surreptitiously collect privileged communications and contacts of eight American journalists, myself included, from Microsoft."

"The DOJ even sought and obtained numerous secrecy orders preventing Microsoft from disclosing the surveillance to anyone," O’Keefe added.

He said that the SDNY also went around Torres’ orders and Special Master Judge Barbara Jones to obtain secrecy orders after said special master was appointed.

"Project Veritas is immediately filing a motion demanding that the federal government disclose if it engaged in covert spying of our journalists by secretly demanding production of our protective materials from any other businesses like Microsoft," O’Keefe announced, noting that the SDNY surveillance of Project Veritas’ journalists was done as part of  "the DOJ unprecedented investigation into Ashley Biden's diary."

In a motion filed Tuesday, Calli argued, "By the time [Project Veritas] filed the Motion to Appoint a Special Master, the government already had the opportunity to review Project Veritas’ journalistic and attorney-client privileged materials."

Project Veritas said that the SDNY appears to be in possession of around 150,000 documents "they should not have."

"Project Veritas’ Motion seeks to require the SDNY to comply with the Special Master order by stopping their review of the surreptitiously obtained emails and disclose other hidden spying campaigns executed against the non-profit’s journalists," Project Veritas reported.

The SDNY "has launched a retributive campaign that does violence to the First Amendment," writes Calli. "While the Special Master litigation proceeded, the government apparently misled the Court by omission, failing to inform it, and failing to inform the aggrieved journalists, that the government had already obtained the contents of privileged emails from Project Veritas’ cloud computing provider."

"As far as we know, federal law enforcement has never before investigated an abandoned diary. The documents collected from these email accounts date back as far as January 2020, eight months before we even knew the diary existed," said O’Keefe.

"The SDNY has an obligation to be honest with the court. They weren’t," he added.

"Is this the world we want to live in? Our government spying on American’s private information, imposing secrecy orders with no real justification, effectively, lying by omission to the courts meant to uphold our rights? Now, you can dislike Project Veritas, you can dislike me, but the government's overstep, the SDNY’s is overstep is a sign of unprecedented power that affects us all. You can either stand for freedom of the press, or you endorse this and wait until it happens to you," O’Keefe concluded.