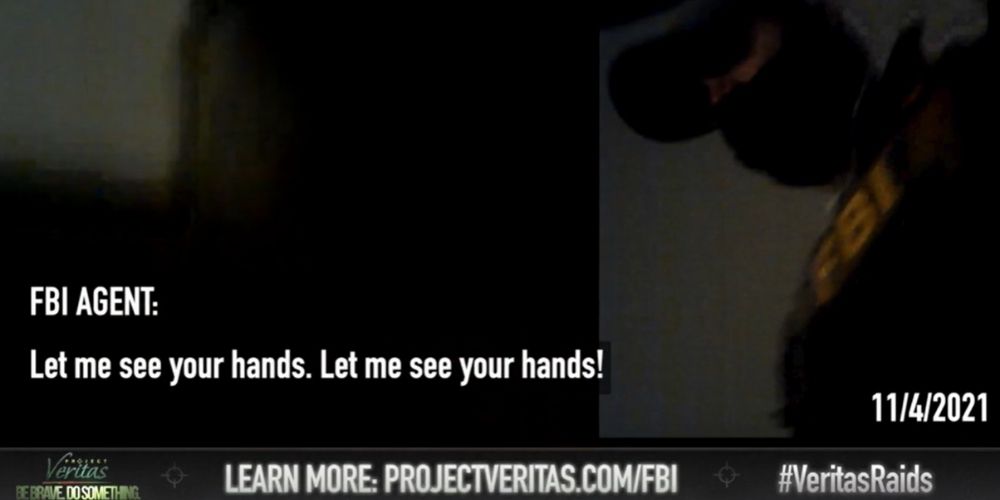 Project Veritas released footage on Tuesday of an FBI raid on the home of a Veritas journalist that occurred in November 2021. This raid was after Project Veritas had obtained a diary allegedly belonging to Joe and Jill Biden's daughter Ashley, which Veritas turned over to law enforcement and did not publish.

Agents carrying weapons searched the journalist's home, rummaging through the closets, bedroom and the kitchen.

The journalist can be heard multiple times on the footage, most audibly exclaiming "my hands are up," as agents enter the home.

The raid and seizures were executed at the behest of the Biden Administration’s Department of Justice despite Attorney General Merrick Garland’s vow to respect press freedoms.

The Reporters Committee for the Freedom of the Press decried the raid on Project Veritas in court and through public statements, as has the ACLU.

In November, the America Civil Liberties Union wrote the court stating that the raid had "serious consequences for press freedom.”

Additionally, the Reporters Committee for Freedom of the Press issued a motion to unseal information pertaining to the DOJ’s decision to execute raid and the Society of Professional Journalists as well as the Committee to Protect Journalists also issued statements expressing concern for the "harmful precedent" set by the raid.

"What you have just seen," Project Veritas founder James O'Keefe said, "is an effort by the government to intimidate and silence us as journalists."

"We will stand firm to vindicate our own First Amendment rights," he continued, "fight for the rights of our fellow journalists, and all Americans. We cannot and will not be intimidated. Stay tuned, because we are just getting started."

University of Minnesota law professor Jane Kirtley, a former executive director of the Reporters Committee for Freedom of the Press was quoted by Politico as describing the raids as "…just beyond belief."