"That person will be the first black woman ever nominated to the United States Supreme Court. It's long overdue in my view." 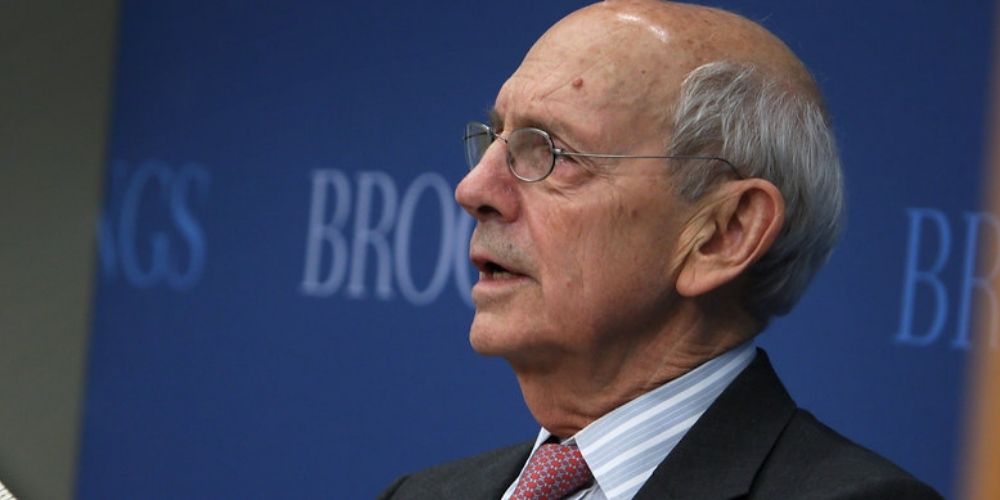 On Thursday, President Joe Biden confirmed that he would be nominating a black woman to the Supreme Court to replace Justice Stephen Breyer, who has announced his retirement.

"Our process is going to be rigorous. I will select a nominee worthy of justice Breyer's legacy of excellence and decency," said Biden.

"While I've been studying candidates backgrounds and writings, I've made no decision except one: person I will nominate will be some of the extraordinary qualifications, character, experience and integrity.

"And that person will be the first black woman ever nominated to the United States Supreme Court. It's long overdue in my view. I made that commitment during the campaign for president," Biden continued.

"I am writing to tell you that I have decided to retire from regular active judicial service as an Associate Justice of the Supreme Court of the United States, and to service under the provisions of 28 USC § 371(b)," the letter begins.

Breyer wrote that the decision will take effect during the Court’s summer recess, which typically occurs in late June or early July, "assuming that by then my successor has been nominated and confirmed."

"I enormously appreciate the privilege of serving as part of the federal judicial system — nearly 14 years as a Court of Appeals Judge and nearly 28 years as a Member of the Supreme Court," Breyer wrote.

"I have found the work challenging and meaningful. My relations with each of my colleagues have been warm and friendly. Throughout, I have been aware of the great honor of participating as a judge in the effort to maintain our Constitution and the rule of law," he concluded.

One of the more liberal justices on the Supreme Court, 83-year-old Breyer was nominated by President Bill Clinton in 1994, replacing Harry Blackmun.

With a seat now up for grabs, Biden has stated on numerous past occasions that a black woman should be nominated to fill the seat.

On March 15, 2020, he said: "Number one I committed that if I’m elected as president and have the opportunity to appoint someone to the courts, I’ll appoint the first black woman to the court. It’s required that they have representation now — it’s long overdue,"

Biden stressed the point once again on June 30, 2020, as the nation was seeing vast civil unrest in the wake of George Floyd’s death.

"We are putting together a list of African American women who are qualified and have the experience to be on the court. I am not going to release that until we go further down the line in vetting them as well," said Biden.