The US Senate passed President Joe Biden's sweeping $1.9 trillion spending bill with no Republican support. Democrats cheered as the vote passed the Senate with a tally of 50-49. 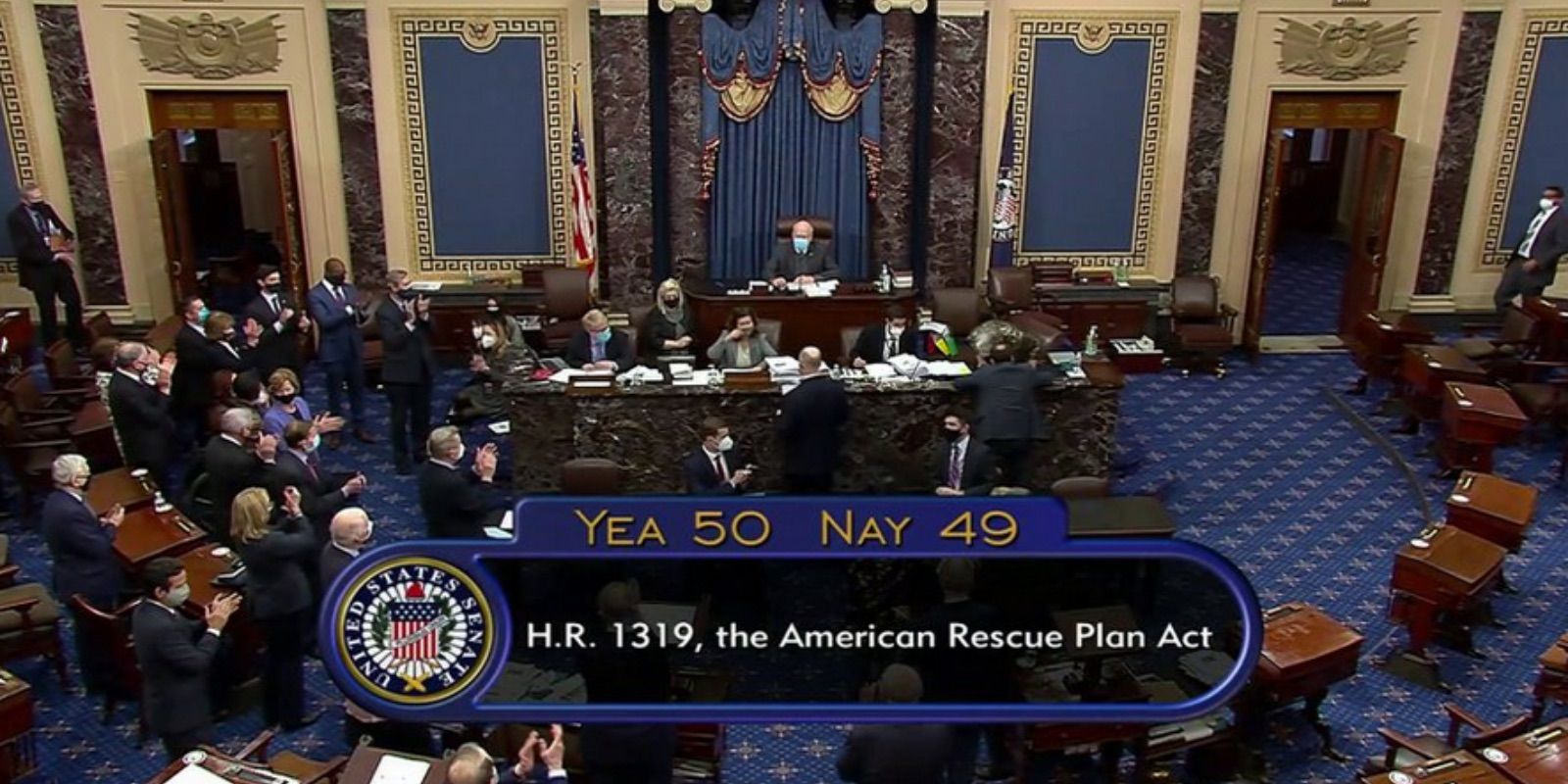 The US Senate passed President Joe Biden's sweeping $1.9 trillion spending bill with no Republican support. Democrats cheered as the vote passed the Senate with a tally of 50-49.

The bill was passed after a marathon session that lasted 24 hours and overnight from Friday night into Saturday. One Republican lawmaker insisted that the massive bill be read aloud in the Senate before the vote was taken.

Democrats needed every single one of their partisan votes to make the bill a reality, and even so, because of the amendments Republicans inserted into the bill, it bounces back to the House before it will be delivered to Biden for his signature, according to The Hill.

At issue in the bill was just about everything, including the massive pet projects the Democrats are using the bill to fund as well as the amount of unemployment benefits and cash payments to Americans. Many Americans are still struggling as a result of what the Biden administration terms the twin crises of the coronavirus and the economic downturn caused by lockdowns and business closures.

The minimum wage increases that Democrats were pushing for ended up being left out of the bill, and the Republicans desire for means testing for the stimulus checks went through, but the Senate lowered the annual income eligibility amount. Individuals who earn $80,000 or less, and households under $160,000, will receive payouts.

The massive spending package includes $1,400 checks, $300/week jobless benefits into the summer, a one-year child allowance of up to $3,600, $350 billion in direct aid to states, $34 billion for ACA subsidies, $14 billion for COVID vaccine distribution.

Senate Minority Leader Mitch McConnell (R-KY) said "So look, the whole idea behind this, I gather from listening to them over the last few weeks, was to use the crisis to jam through what the White House Chief of Staff called 'the most progressive domestic legislation in a generation.' A little tougher than they thought it was going to be, isn't it? It turns out to be a little bit tougher."

That being said, it still went through, and is expected to be signed into law by President Biden.