BREAKING: Donald Trump says he 'sees no reason' to go back to Twitter despite Elon Musk's poll to bring him back

"Truth Social has been very, very powerful, very very strong, and I'll be staying there. But I hear we're getting a big vote to also go back on Twitter. I don't see it, because I don't see any reason for it." 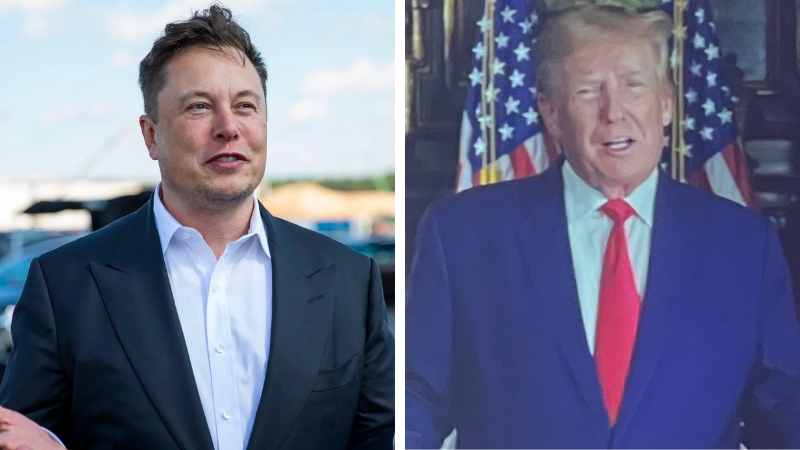 Libby Emmons Brooklyn NY
Nov 19, 2022 minute read
ADVERTISEMENT
ADVERTISEMENT
45th President Donald Trump addressed questions about Twitter owner Elon Musk's poll on the platform to bring Trump back on. Speaking to the Republican Jewish Coalition, live from Mar-a-Lago, he addressed questions about his plans for a second term, but also what so many Americans want to know: will he go back on Twitter if his account is reinstated.

"Twitter is blowing up today," the moderator began. "Elon Musk posted a poll that had over 13 million respondents so far, asking whether or not you should be reinstated on Twitter. My question for you is what do you this about Elon Musk buying Twitter and if you are reinstated, will we see you back on Twitter again?"

Musk's poll reads simply "Reinstate former President Trump," and with three hours left at time of writing, the yes votes outweigh the nays 52 percent to 48 percent, with nearly 14 million votes in. Musk had endorsed the GOP in the recent midterm elections.

"Well I like that he bought it," Trump said, saying Musk is a character, and that he always liked him, and "I tend to like characters."

"He did put up a poll and I hear it's very overwhelming, very strong, but I have something called Trump, if you look you'll see it's Trump-owned, and it's called Truth Social," he said.

"Truth Social has been very, very powerful, very very strong, and I'll be staying there. But I hear we're getting a big vote to also go back on Twitter. I don't see it, because I don't see any reason for it."

He cited the problems Twitter has been facing, including fake accounts and bots, both of which Musk has promised to address.

"Truth Social has taken the place for a lot of people and I don't see them going back on Twitter," he said.

Conservative politicians flocked to Las Vegas this weekend to court the donors and voters of the Republican Jewish Coalition. Donald Trump, 45th President and 2024 presidential candidate, spoke remotely from his Mar-a-Lago home.

Trump has been a friend to the American Jewish people, and a staunch supporter of Israel. His Abraham Accords brought peace and stability to the region, and his move of the US Embassy from Tel Aviv to Jerusalem was a bold move signaling US commitment to Israel.

Trump answered questions from moderators, and used the opportunity to slam President Joe Biden, as well as lay out his presidential plans for a second term. Trump has been clear about his intentions for the country, and his presidency, and being closely allied to Israel is a key component of his peace plans for the Middle East.