Wade's ex claims that the former NBA star has been "exploiting" Zaya, who "came out" as transgender at the age of 12. 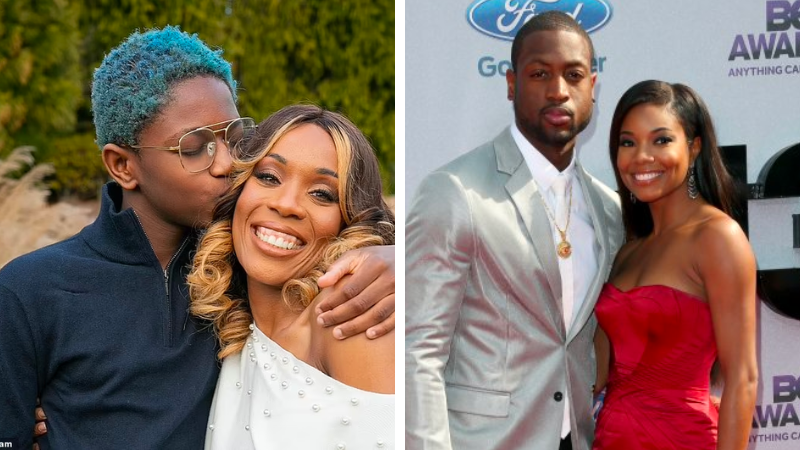 Libby Emmons Brooklyn NY
Nov 2, 2022 minute read
ADVERTISEMENT
ADVERTISEMENT
Dwyane Wade and wife Gabrielle Union have been very public about Wade's 15-year-old child's gender transition. They've spoken about it on Ellen, they petitioned to have the child's name legally changed in August, and now the child's mother, Wade's ex-wife, has petitioned a judge to slam the breaks on the child's sex change.

Wade's ex claims that Wade has been "exploiting" Zaya, who "came out" as transgender at the age of 12. Siohvaughan Funches-Wade has now filed paperwork to ask a judge to hold off on the legal name change, saying that Zaya's modeling contracts and influencer deals are Wade's impetus for forging ahead with the gender transition.

In the legal filing, Funches-Wade states "I have concerns that (Dwyane) may be pressuring our child to move forward with the name and gender change in order to capitalize on the financial opportunities that he has received from companies."

Wade, who has had full custody since 2011 when the divorce with Funches-Wade went through, said in August when petitioning for the name change that the child's mother was only informed "as a courtesy." Funches-Wade fought for four years to retain custody of the children.

Funches-Wade wants Zaya to wait until the age of 18 before making this change. Funches-Wade is the child of both of Wade's oldest children, and is concerned that Zaya is being pressured into the changes by the elder Wade, who is "poised to profit" from Zaya's deals and sex change.

To back up her claims, Funches-Wade said that she had a conversation with Wade in April during which he explained the extent of the financial benefits of Zaya's sex change. She said he "told me that he intended to make our child very famous due to the name and gender issue and also informed me that there would be endorsements/contracts associated therewith."

"I am concerned," she went on to say, "that our child is being commercialized at a young age and also of the uncontrollable consequences of media exposure i.e. cyberbullying, statements and/or pictures taken out of context of our child, and the unwanted spotlight focused on our child."

Neither Wade nor Union offered a response to the ask from Funches-Wade for a stay on the legal sex change of her child.
ADVERTISEMENT
ADVERTISEMENT
zaya wade